Artificial 'intelligence' is the new smartphone (for better and for worse) 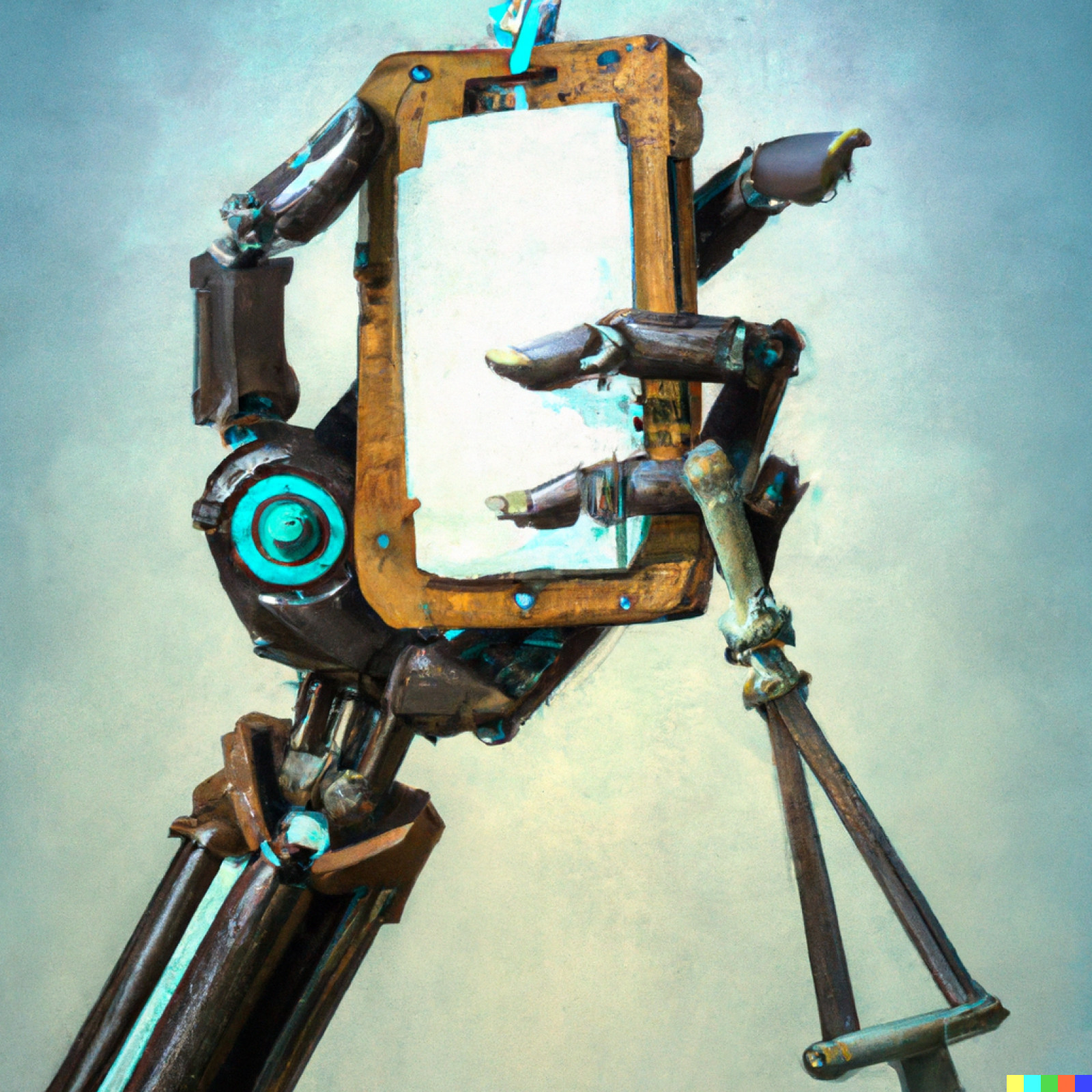 Long have we awaited the coming of the next new smartphone moment. 2022 saw some false starts: the metaverse, NFTs, VR (again). All have lingered in the shadows of their own potential, with no real momentum elsewhere. Yet the dawn of 2023 has brought with it the public-facing ChatGPT, and that moment, at last, is here. What was it a wise man once said? Be careful what you wish for…

Artificial intelligence, or AI, has been around as a concept long enough to become a staple marketing buzzword that roughly correlates to ‘we have an algorithm’. But while these simple algorithms still required an actual person to program it to do a specific thing in a certain way, in the meantime, a number of machine learning (ML) start-ups and think tanks have been quietly working to build something more sophisticated. With ChatGPT, the public now has a working prototype of what that might look like.

Almost immediately, the bot, which learns on its own from databases (largely populated by info scraped under the guise of non-profit activity), has offered both opportunity – from differently-abled artists making their dreams a reality, to DIY music creators being able to outsource some of their marketing to a bot instead of a team – and problems, including copyright infringement, violent and inappropriate image creation, and the potential professional devaluation of anyone working in a creative or even semi-creative industry.

Like it or not, machine learning has already changed a lot, and there are no take-backs: it is here to stay. Its impact has been both immediate and undeniable. The million-dollar question is, how far will these changes spread, and what will it mean for companies in the digital content space?

Even without the likes of ChatGPT and its image-centric precursor, the DALL-E generator, the proliferation of entertaining stuff to consume has forced entertainment into a sort of existential crossroads. Most creators will hate to have their art referred to as ‘content’, but when the industry as a whole is largely treating all creative output as content assets to invest in and monetise, the argument becomes mostly a semantic one. When high-budget, polished output can sit on platforms side-by-side with independent fan creations with budgets of $0 and several bags of crisps, and be outperformed by them, the lines start to blur. When advertising posing as ‘entertainment’ enters the mix, the difference seems to matter less. And with AI now able to search the full library of the internet for a specific prompt and come up with something convincingly similar, it is merely the further muddying of already murky waters. As if the attention economy was not already competitive enough.

Yes, there is significant opportunity for creators to use AI to generate marketing ideas, learn about their industry, and create content that is not their specialty (e.g., captions for posts), leaving them time to focus on their preferred crafts. But everyone has their own preferred craft – and it is impossible to imagine that the market will come to some sort of consensus on which to keep human, and which to delegate to the bots. The scale of use will never stop there. Industry follows the path of least money spent and most money earned, and bots do not ask for cost-of-living wage increases or rights-related revenue splits. Does it not then benefit studios, platforms, and distributors to cut as many creators out of every conceivable process as possible and automate the rest, to recoup on their investments and potentially turn subscription revenues into profits rather than losses?

Why hire songwriters or scriptwriters when ChatGPT can produce something that just needs tweaking? Why pay for an ideas team when you just need one person to sanity-check the AI? What need is there to contract artists for album covers when DALL-E only needs three or four tries to come up with something palatable. The market follows the money, and AI offers passable output for free. Some sort of monetisation is inevitable, although the copyright issues inherent with the datasets that these AIs are trained on might delay it for a while. This will be a whole other can of worms when it happens, depending on how – but it will inevitably still be the cheaper option.

Is this it for creatives?

Probably not. Again, the bots are not introducing any of these issues on their own; they are simply capitalising on existing needs and proclivities, and worsening the problems that are already there.

Human preference is for the things that resonate emotionally, and are not simply practical. ChatGPT still sounds a bit off, and cannot yet distil the core truths of the human experience in language that feels seamless. Most art contains imperfections that identify it, and with a craving for authenticity now on the rise, this will delineate the human-made works from the bots’ (for now). NFTs might come in handy here as well, as they will allow artists to stamp their work as their work, rather than a bot-made imitation that might twist their words or intent. And, ultimately, this is a digital-only problem – at least, until someone hooks ChatGPT up to a 3D printer. Live performances, tangible merch, engaging in-person experiences, etc., will retain value as they will not be so easily generated by a program.

However, make no mistake, this is the future of entertainment. Game engines already help developers build out virtual worlds without having to do every aspect by hand. Animation studios do the same for TV shows and films. How long until a DALL-E-type bot can be fed video clips, and come out with a new episode of South Park? Or until one of these AIs can develop an entire game having been given only a few prompts? It is a matter of when, not if. We may be able to tell the difference now, because the bots are young and their ‘off-key’ intonations still register, but if gen alpha grows up with AI content side-by-side with the human-made stuff, the differences will register less while the bots learn more.

We may not see the world of iRobot anytime soon, but we will start to see a lot of automated bots doing things that companies do not want to pay people for – and the better they get at it, the fewer creative opportunities will be left.

Netflix adds a splash of colour to 2023 content marketing

by Ashleigh Millar
11 Jan 2023
Netflix has catapulted itself into being one of the first viral entertainment-focused discussions of 2023. Its new original series, Kaleidoscope , released on January 1st, has caused chatter throughout...

by Annie Langston
11 Jan 2023
It is a new year for the audio world and Apple is attempting to expand audiobook creation. Apple Books launched its “digital narration” feature which allows authors to publish audiobook versions of...

by Tim Mulligan
10 Jan 2023
The global success of the second instalment of the Avatar franchise, Avatar: The Way of Water (currently at $1.7 billion in box office revenue), is a timely reminder of the enduring consumer appeal of...
No thanks