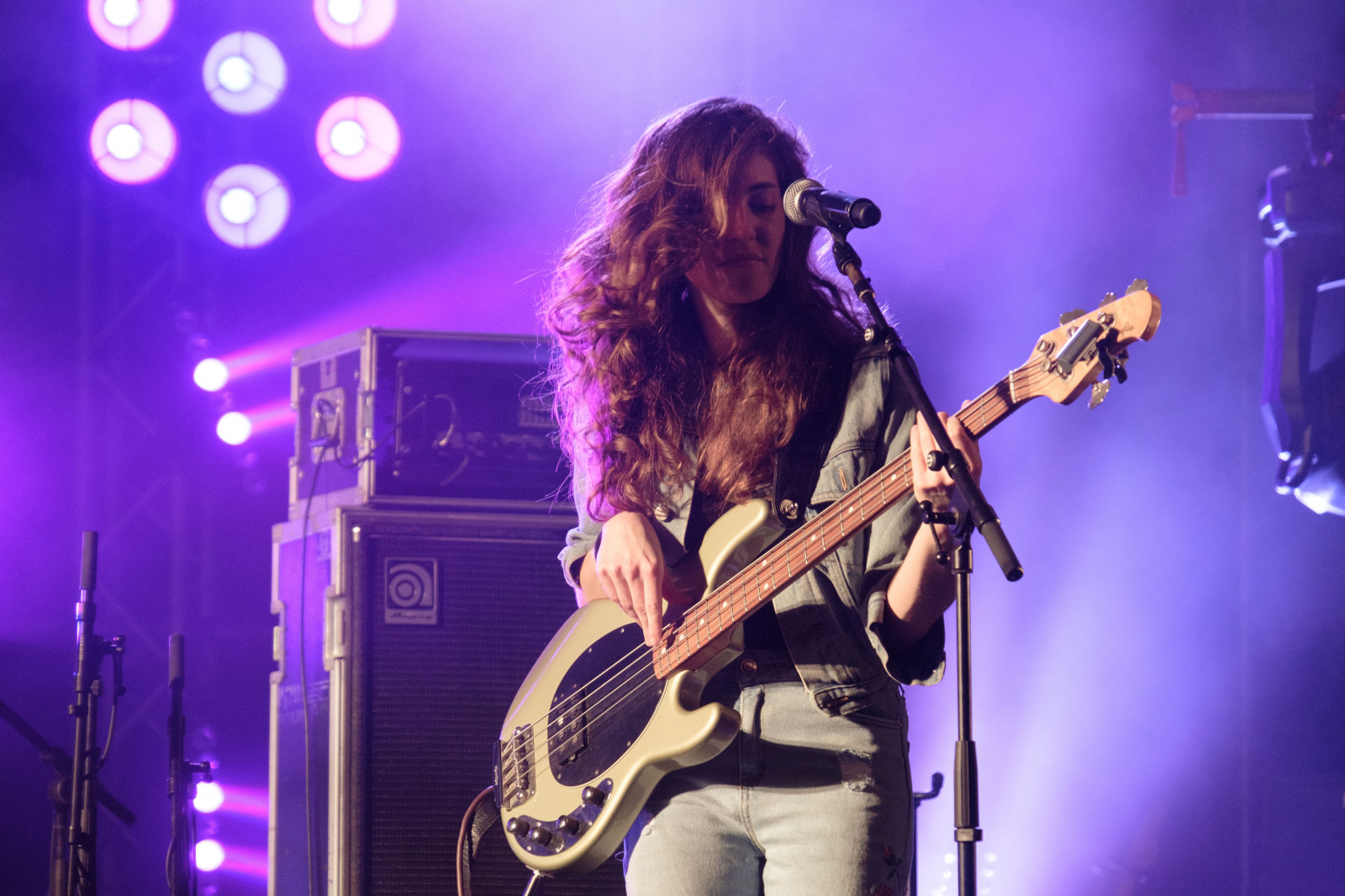 2022 is set to be a year of great change (and consolidation of change) in entertainment and beyond. However, some things, it seems, have stayed the same.

Last month, Rolling Stone reported that nine out of the 10 highest-paid musicians in 2021 were men. While the coronavirus pandemic shut down touring and live gigs, a major revenue source for many artists, classic acts, like Bruce Springsteen and Paul Simon, made nine-figure sums by selling catalogue. The only three artists to make the top-ten list without catalogue sales were Jay Z, Kanye West, and Taylor Swift (whose battle with catalogue ownership has been a hot topic of the last few years, and who recently made headlines for clapping back on the strangely common belief that women, for some reason, do not write their own songs). Not incidentally, these are also the only three artists on the list who are either female or not white.

The fact that seven out of 10 of the top-paid musicians achieved their place due to time-tested ‘high value’ catalogue does mean that legacy trends could be at fault for the demographically-skewed list. However difficult it may be to make a musical career as a female artist today, 30-50 years ago would have been a very different world. This list alone, therefore, is not adequate to draw any clear conclusions on the state of the industry in 2022.

Unfortunately, this list does not come out in isolation.

The findings of the study show, to quote one of the authors, a ‘diversity desert’ – which is hugely problematic, given the increasing ranks of independent artists opting to build their own careers in environments that are more comfortable to them and the growing popularity of international, niche, and diversely representative music and entertainment more broadly.

Last year, MIDiA’s study in conjunction with Tunecore and Believe, regarding women creators in the music industry, aimed to look into the problem of continued underrepresentation at the independent level by asking these creators what it was that might preclude more women from entering the industry, or might prevent them from progressing in it. 93% said that women in the music industry had to put up with more difficulties and challenges than men, 84% stated that women were expected to take on primary parenting duties (an assumption which might prevent them from being considered for long-term career investment), and 62% said women creators are put off by the pay gap and working conditions.

When asked what they believed should change most urgently to improve the music industry for women, 39% said more equality and opportunity, and 25% said increasing women’s representation and leadership roles.  Many wanted more visible role models, support, and mentoring / coaching. Qualitative interviews revealed that many experienced a sort of ‘professional wall’ beyond which they had great difficulty progressing, while men of similar or lesser experience were able to move upwards more quickly.

A mismatch is clearly emerging between what audiences want to listen to (a diverse range of musical talent), what women in the industry want (more diversity higher up to reflect the potential for their own careers), and what is actually happening higher up in the ranks. According to the Annenberg study, roughly 80% of underrepresented and black artists had at least one underrepresented or black team member, compared to less than a quarter of white artists. This is indicative that underrepresented and black artists find it important to have team members from similarly diverse backgrounds – but this leaves them to do the work of inclusion for the entire industry. It is also potentially symptomatic of what some of MIDiA’s surveyed female artists and production engineers said last year, which was that they had at times been put onto the teams of other women with complete disregard to their actual skillsets or genre experience.

Many female artists surveyed indicated that the pressure for them to ‘look good’ (83% felt this was a requirement, and, qualitatively, some had direct experience being told they did not ‘fit the right image’) limited who could progress, how, and why. In short, while the diversity of talent is there, the image of who is likely to be successful is still at play for music labels that are looking for a sure investment – but this hunt for a ‘safe bet’ based on precedent is limited by years of bias that has created a data gap for them to work with. Look no further than the top-earning music acts of 2021.

And this strategy does not hold up under recent precedent. In the video industry, the media company Hello Sunshine – founded by Reese Witherspoon originally as Pacific Standard in 2012 – recently sold at a value of about $900 million. The actor founded the company and funded it herself after investors refused to back a project that aimed to make female-directed content with strong female characters to improve diversity of writing in the TV and film industry. Their perspective was that, as there was no precedent for content written and produced with such a focus being successful (largely because it did not exist), it therefore could not be successful. The company’s subsequent box office hits, including Wild and Gone Girl, numerous successful shows, and now major sale, have since proved otherwise.

Clearly, the gendered discrepancy in the music industry is not an issue of actual audience reception. If Hello Sunshine is not enough: while perhaps Taylor Swift’s blond hair and lean physique fit the ‘look’ of what the music industry usually goes for, Adele, for example, would not. Nor would Billie Eilish, for that matter. Yet their chart statuses speak for themselves.

Neither is it an issue of talent, or difficulty of hiring; indeed, American orchestras, one of the most traditional branches of music with often lifelong appointments – therefore making it one of the most difficult to change – largely achieved gender parity in the 1970’s by simply instituting blind auditions. And it certainly is not an issue of a lack of candidates for higher positions, with most women in the industry feeling a sense of frustration over unequal pay or stagnation in their career progression due to assumptions about their life plans or capabilities (which is, frankly, illogical, given that their limited number and increased difficulties in getting to where they are mean that they are statistically more likely to be better value-for-money hires). The disconnect lies, simply, in the fact that the opportunities are not being extended to them.

It stands to reason that if the demand for diverse, female-driven content is there, and the supply of diverse female talent is there, then a connection ought to be made between the two. However, this clearly is not reflected in investment, artist representation, or the executive level, which is, aside from being somewhat outrageous on a moral level in 2022, simply impractical from a financial perspective.

In short: improving diversity is not just about bringing in more female artists and creators who fit the same old moulds. It is about promoting more women in the industry to the executive level, broadening initial assumptions on what the potential profile is for a ‘successful’ artist, and giving artists and audiences alike what they really want: representation that reflects who they are, across all levels. If the moral argument is not enough, the revenue opportunities for doing so should be.

MIDiA will begin fielding a follow-up survey to last years’ BE THE CHANGE – Women Making Music report next week, with the aim of deep-diving into some initial high-level findings and digging into what, if anything, has changed in the last year. [UPDATE: The survey is now available to take in English and French.] You can sign up for our mailing list to receive the study when it comes out here. If you would like to get involved in the study as an artist, executive, or otherwise, we will be conducting interviews alongside the survey and would love to speak with you. Please get in touch at srishti@midiaresearch.com or hanna@midiaresearch.com.

by Tatiana Cirisano
10 Dec 2021
Last week, The Washington Post published a profile of Twitch gaming streamer, Tyler Steinkamp, a 26-year-old self-made millionaire who daydreams about “how blissful it must be to work in a cubicle”....

by Tatiana Cirisano
20 Jan 2022
For the past week, hip-hop Twitter was buzzing with debate. The Weeknd and Gunna both released surprise albums on 7th January:  Dawn FM  and  DS4EVER , respectively. So, whose album would come out...

by Tim Mulligan
8 Feb 2022
A planned piece of legislation being introduced by Denmark is poised to have a wide-ranging impact on the future of localised streaming content. The so-called “Netflix tax” will be levied upon the...
No thanks