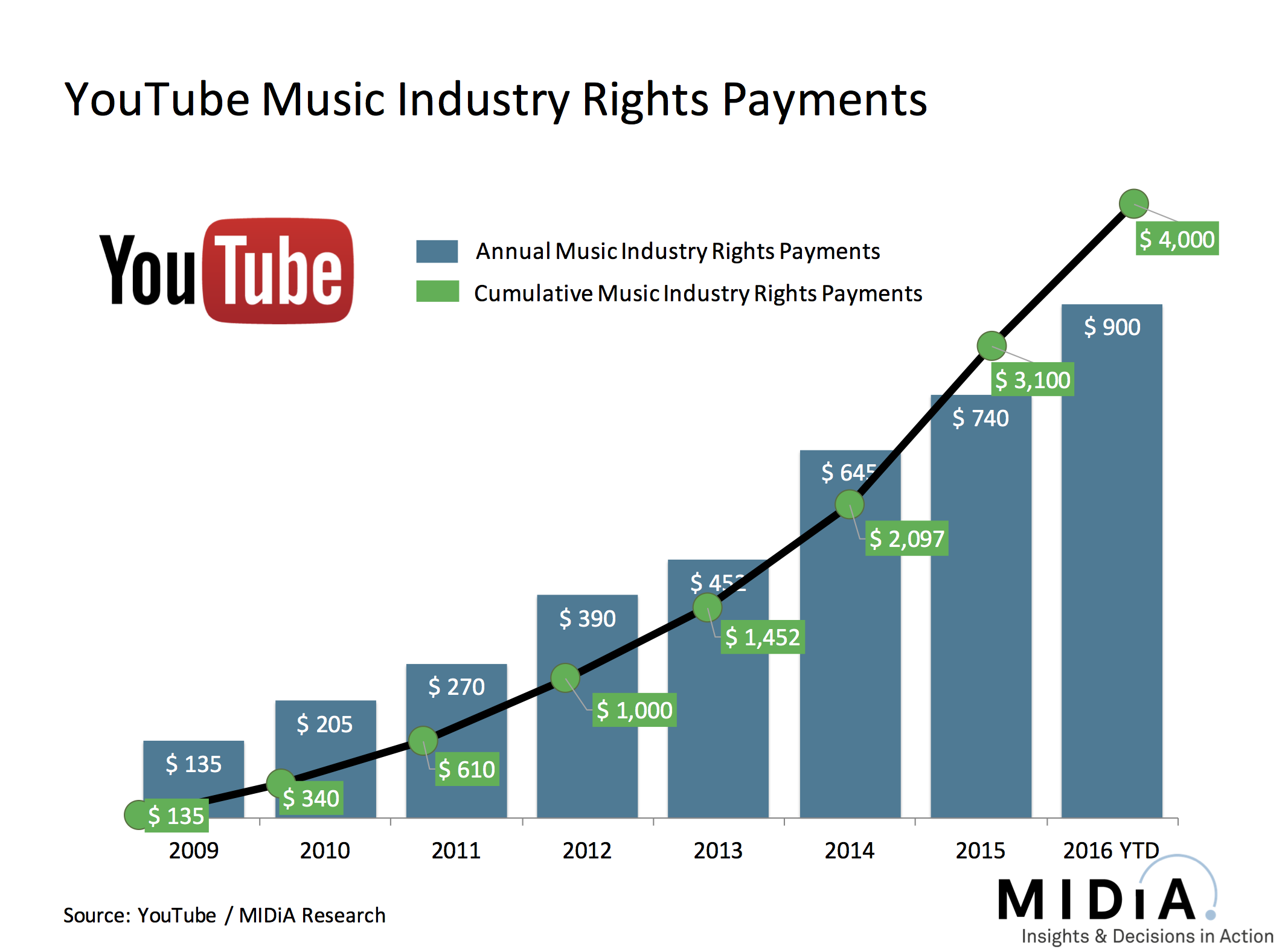 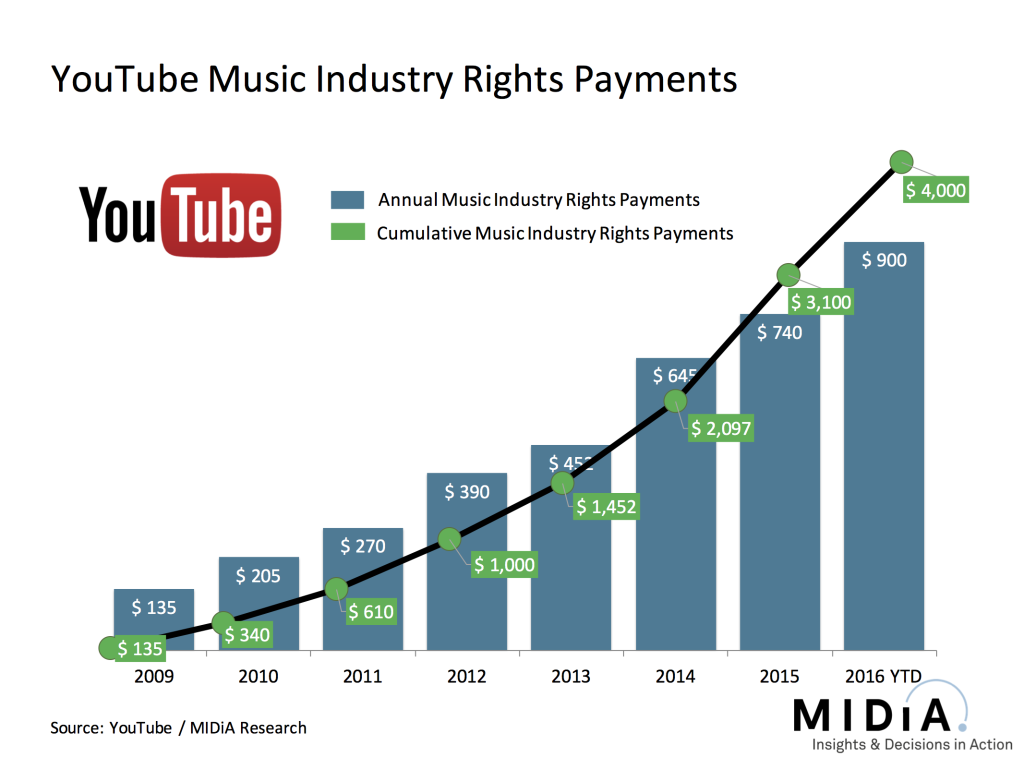 YouTube just reported that it has paid $1 billion to ‘the music industry’ over the course of the last 12 months. That takes its cumulative payments (since 2007) up to $4 billion. The year-to-date payments for $900 million are a 22% on the full year payments made in 2015 – the year in which labels started going for YouTube’s jugular because they felt it was not paying its fair share (ie the value grab / value share). These numbers are not going to suddenly change vested interests’ opinions but they do put a positive message into the marketplace as the backdrop for Google’s and the labels’ continued discussions and lobbying efforts.

YouTube’s Rob Kyncl’s blog post about the payments makes the case that these payments show that YouTube’s ad supported model is a crucial component of the streaming music landscape:

“This creative industry has two strong engines of growth -- subscriptions and advertising -- and we are honored to be a part of it.”

The words are carefully chosen. Ad supported streaming is not exactly the record labels’ flavour of the month. Nor are they happy with the fact that YouTube pays out on a % revenue basis rather than on a per stream basis. This means that when ad rates go down, so do per stream rates. Which is why while YouTube music streams increased by 127% in 2015 ad supported music industry revenue only increased by 11%. The labels do not like having a variable value set against streams and believe that music should have an inherent minimum value. It’s a compelling argument however, the flipside is that having minimum per stream rates can make building an ad supported music business, commercial suicide. In short, both sides of the argument have merit and a middle ground needs to be found.

YouTube is the world’s most widely used streaming music service. It is also one of the top 2 streaming revenue generators for rights holders (along with Spotify). The labels and publishers’ feel that it should be paying more, YouTube feels it is paying enough. The debate is not about to end any time soon.