Yonder And The Next 100 Million 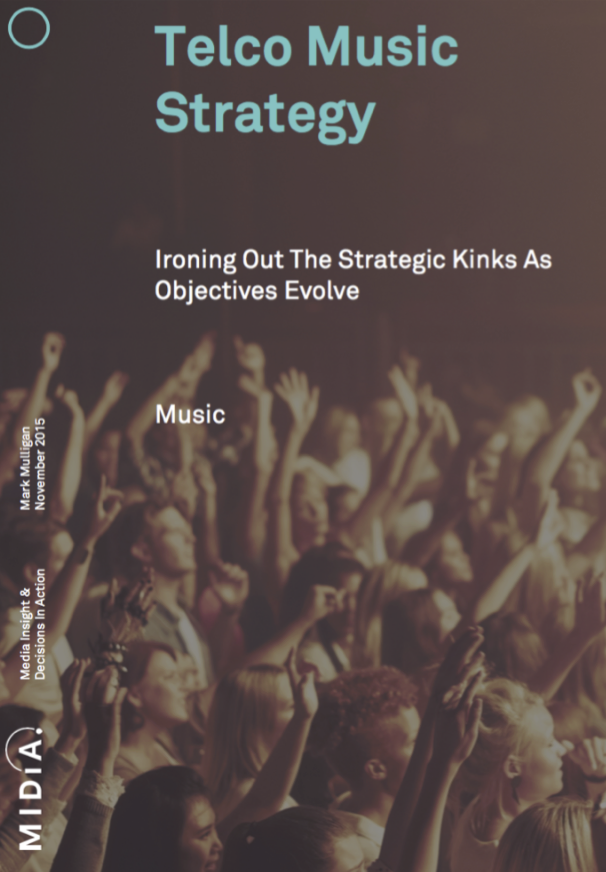 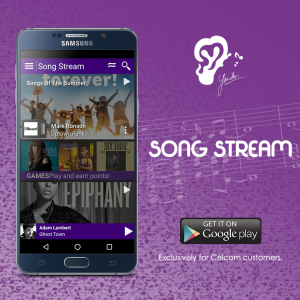 Yonder’s partnership with Celcom Axciata in Malayisa is a deal that you might have missed.  But you should pay attention because it points to the huge emerging market opportunity for music that is largely going unmet. Most of the streaming music debate centres around the traditional music industry geographies i.e. North America and Europe.  But in many respects the really interesting opportunities exist among emerging markets. These markets are not only untapped for streaming, they are largely untapped for recorded music as a whole. The top 10 music markets – of which only Brazil could be considered an ‘emerging market – account for 85% of global revenue.  In the old model of selling units lower income markets were never going to be powerhouses and the relative lack of music industry attention helped contribute to high piracy rates.  But now the growth in smartphones and data plans across emerging markets transforms them into markets with vast potential.  Indeed 16 of the 20 most populous countries in the world are emerging markets.  There are currently 2.6 billion smartphones globally and by 2020 this will reach 6.1 billion.  Across the tech industry companies like Facebook and Google have their sights firmly set on ‘the next one billion’ users in emerging markets.  It is an opportunity the music industry needs to set its sights on too.  Which is where Yonder comes in.

Yonder Is Beyond Oblivion Take Two

Yonder is a music service designed for being bundled into telco’s phone tariffs.  It was founded by Adam Kidron who previously headed up another company that developed a handset-focused bundled music model.  That company – Beyond Oblivion – gained notoriety for its dramatic collapse before launching despite having amassed huge amounts of investment.  Kidron came out of the experience though with a steadfast belief that the bundle model would be key to the future of streaming.  With 105 streaming music bundles now live across the globe the evidence suggests Kidron was onto something.  But although many of those deals are in emerging markets, the majority of the active bundled subscribers are in developed digital music markets.  Which in turn presents the double edged sword of helping grow those developed markets but also potentially cannibalizing substantial consumer subscriber growth.

In emerging markets, when music services are hard bundled into mobile phone tariffs the price barrier lessens markedly.  However there remains much distance to go.  Even though labels license at discounted rates for emerging markets the resulting effective price is often so high that they are only affordable by urban elites.  This matters for telcos too as they have to absorb the cost in their tariffs.  Some emerging markets require an entirely different approach to bundling.  For example in the Philippines it is the norm to be paid weekly – a fact that local service Spinnr accommodates, but that Spotify’s Globe Telecom partnership does not.  In some markets mobile ARPU is so low that there is only scope for the wholesale cost of a music service to be a handful of cents.  For example total average ARPU – i.e. including voice and data - in Bangladesh is just $2.01. Using US mobile ARPU as a base - $48.1 - based on a subscription-to-ARPU ratio the appropriate label rate for a $9.99 service would be $0.25 a month.

Areas like the Indian sub-continent, sub-Saharan Africa, South East Asia and Latin America have vast populations that are coming online  and on-mobile fast.  While Malaysia is hardly an emerging market in economics terms (e.g. Celcom is bundling Yonder in with $23 tariffs) it is still a long way from the US or Western Europe. As illustrated by the fact Yonder is also 100% free on a $10 tariff.

Music telco strategy is a complex beast and fraught with complexities and stakeholder tensions.  But it telco bundles, including deals like Celcom’s and Yonder’s – that will be crucial to opening up the emerging market opportunity.  ‘The next 1 billion’ may not be a realistic target for music subscriptions, but certainly the next 100 million…if the price is right. 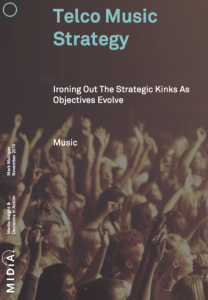 This 19 page report includes data on the size of the global telco music market, the number bundled music subscribers globally and a full list of the 105 music partnerships live in market.

The report and data are immediately available to MIDiA clients here.

If you would like to learn more about how to become a MIDiA client either click here or email us at info AT midiaresearch DOT COM.