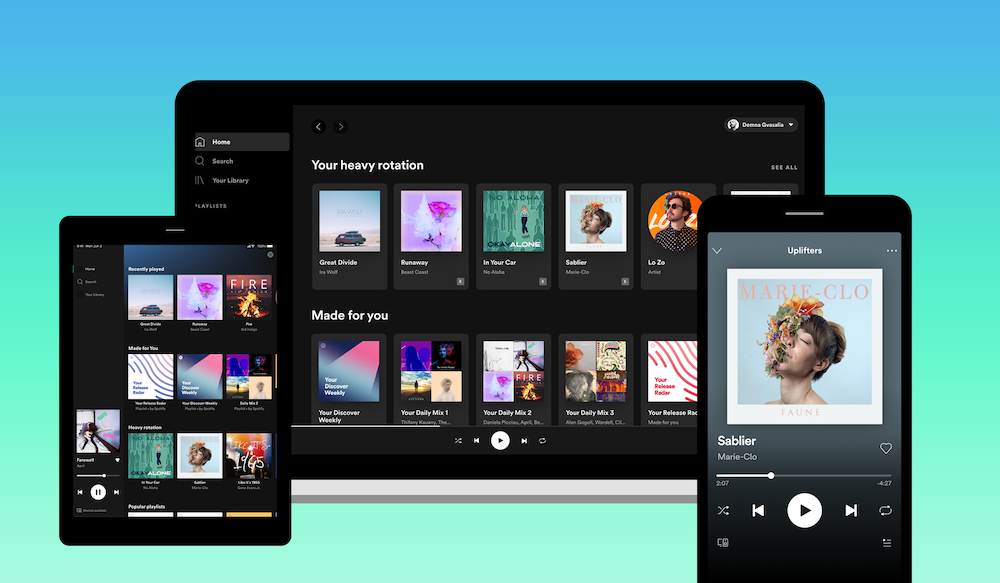 Spotify’s delayed Russia launch finally happened this week. While it did not drive a stock price growth like the Josh Rogan deal did (the stock closed just 1 cent higher than the previous day’s close) it will actually prove much more important in the medium term.

Podcasts are Spotify’s long-term bet, the moon shot that keeps investors excited and that points to a future where Spotify is better able to plot its own destiny without being constrained by record labels. But that future destination does not mean anything if Spotify is unable to maintain strong growth in its core business in the interim. Which is where Russia comes in.

Global streaming revenue growth was 22% in 2019 and growth will slow significantly in the COVID-19 impacted 2020. Growth rates however were already slowing due to the maturation of developed western markets, while subscriber numbers were growing faster than revenues, pushing down ARPU. Spotify has the same challenge as Apple.

Apple is the market leader in smartphones but does not own the majority of the market and the overall smartphone market is slowing, which means that iPhone sales have slowed. Apple could have decided to go ‘down market’ and created cheaper devices for less affluent consumers and emerging markets. It decided not to, and instead to start pushing its top-end devices even higher up the market with higher price points. Spotify has taken the opposite approach. Rather than increase prices in high-value markets, it is prioritising lower ARPU emerging markets. Spotify has done so because a) it does not have a diversified product like Apple so is less able to risk slowing sales, and b) its product is not sufficiently differentiated from other streaming services to prevent churn if prices went up.

Instead of focusing on maximising revenue growth among existing subscribers, Spotify is rolling the dice on subscriber growth. It keeps telling investors to measure it on growth and market share, and that is exactly the game Spotify has chosen to play. Which is where Russia comes in.

Emerging markets are where the subscriber growth lies: Asia Pacific, Latin America and Rest of World combined will drive 71% of global music subscriber growth between 2019 and 2027. Spotify is already committed to this strategy and is already seeing results. In its Q1 2020 earnings, Latin America and Rest of World were the workhorses of Spotify’s growth during the quarter, accounting for 73% of all new subscribers; one year previously the share was just 30%.

But emerging markets take time to convert, users need to get familiar with the service via ad supported and extended trials before slowly converting to paid, though always at lower rates than in developed markets due to lower spending power. So, Spotify needs to keep expanding the user acquisition funnel which means launching in populous new markets such as Russia.

The question many are asking is, has Spotify left it too late for Russia? There is no doubt that 2019 was a big year for streaming in Russia, with revenues growing at 79% to reach $249 million in retail terms, which makes it a sizeable, but not (yet) a large market. By way of comparison, Brazil’s streaming revenues are comfortably more than double that. As of Q1 2020 there were 7.4 million subscribers with Vkontakte and Yandex commanding a combined market share of 80%, so Spotify is entering an established market with well-established indigenous players.

This is not Spotify’s modus operandi and the last time it took this approach was India, which is yet to deliver results. So Russia is unlikely to be a runaway success for Spotify, but it is entirely reasonable for it to expect to pick up three million subscribers there over the next three years, which in turn will help sustain Spotify’s global subscriber growth. This is not about winning in Russia but instead winning globally. Or put another way, Spotify needs Russia more than Russia needs Spotify.

by Mark Mulligan
12 Jun 2020
While doing some research on the Chinese streaming market I came across  this fantastic UX tear down of Xiami Music . I recommend you read it in full. The day before I found  this – also must-read –article...

by Mark Mulligan
29 Apr 2020
Spotify’s first quarter earnings were a mixed bag, with a largely positive picture for Q1 but some warning signs for the remainder of the year: Subscribers: Spotify’s Q1 earnings may not have matched...

Independents Grew Fastest on Spotify in 2019, But There’s a Twist

by Mark Mulligan
28 Apr 2020
Tomorrow (Wednesday 29 th  April) Spotify announces its Q1 2020 results, at which point we will find out whether it had a COVID-bounce like Netflix did ( adding 15.8 million subscribers in Q1 ) or whether...
No thanks