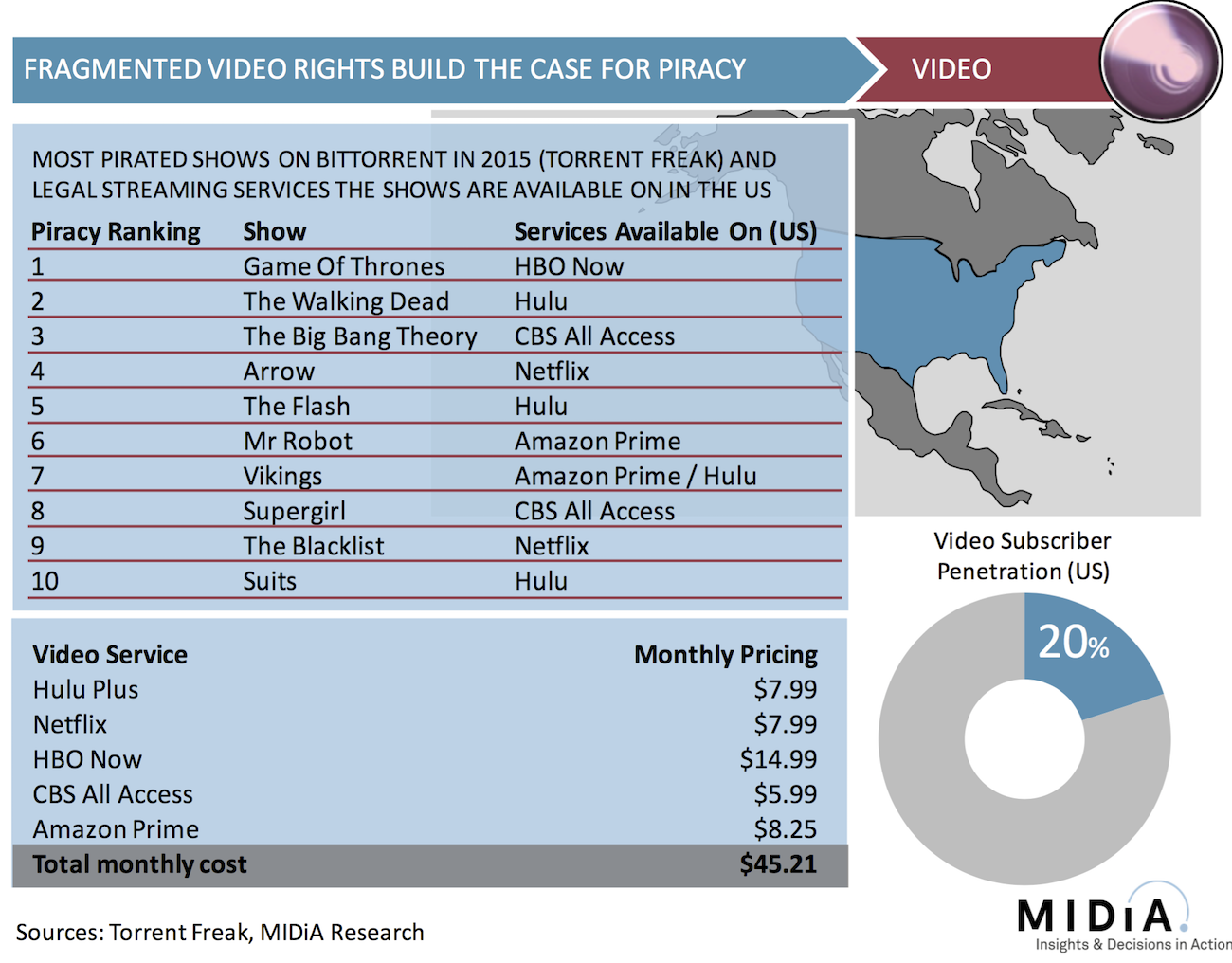 Piracy tracking website Torrent Freak released the chart of the 10 most downloaded TV shows on BitTorrent in 2015. There are few surprises. The most successful TVs shows are also the most pirated TV shows. While the role of P2P in music has diminished markedly due to the rise of streaming, it remains a major problem for TV and film. Though the impact on P2P of freemium services like Spotify and Deezer should not be overestimated, Soundcloud and (especially) YouTube essentially did away with the need for P2P by making all the music in the world available at the swipe of a finger. Gone was the need to fill up hard drives with files. And should you want some music on the go an endless array of stream rippers will do the job. But there is no such legal source of all the TV shows and movies in the world. This, coupled with the larger file sizes of TV shows and movies means that P2P still plays a pivotal role in the online video landscape. 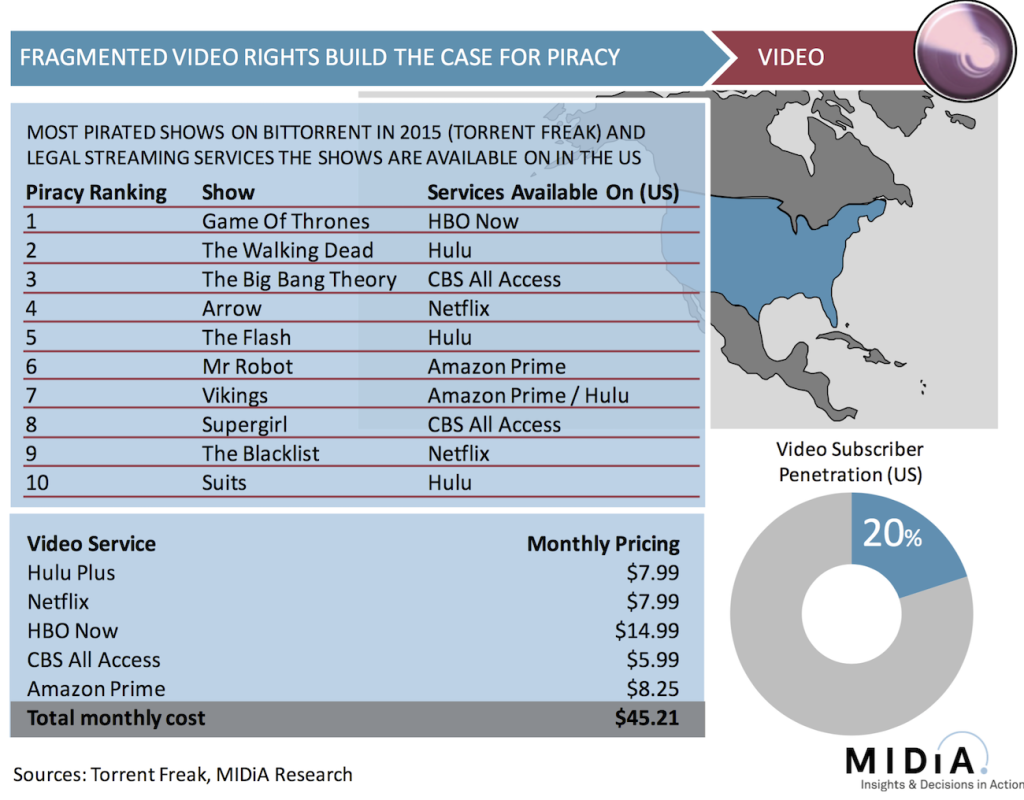 Things are further complicated by highly fragmented nature of online TV and movie rights. However much of a mess music publishing rights might be (and the songwriter class action suit against Spotify looks set to make this even messier), the label rights are relatively compact, with the major record labels and the bigger indies representing the vast majority of revenue. Thus all streaming music services can legitimately lay claim to having (virtually) all the music in the world. No (licensed) streaming video service can make such a claim for TV or cinema. For TV shows each streaming video service has its own unique set of rights, with matters complicated further by release windows ensuring certain shows are available on certain services months or even years before others. For movies the equation is simpler: most recent big box office movies just aren’t available on streaming services.

The great consumer proposition for streaming services like Netflix, Hulu and Amazon Prime was that they would enable audiences to do away with their excessively expensive, bloated cable TV subscriptions and instead pay less for just the content they wanted. A $7.99 Netflix subscription is certainly a lot cheaper than a $100 cable subscription. But Netflix only gives you one small slice of the TV show world. You need multiple other video subscriptions to get most of the other big TV shows and that’s before you even start thinking about sports (which incidentally is the biggest part of the cost of pay-TV).

The bright promise of cord cutting has lost some of its shine. Sure, traditional pay-TV subscriptions are declining still, but cord cutters are finding their video viewing fragmented across an ever larger number of paid services. The situation is illustrated painfully well by the availability of those 10 most pirated TV shows on legal streaming services in the US. To watch each of those shows a consumer would have to subscribe to five different streaming services for a combined monthly fee of $45.21.

Piracy Benefits Most From Fragmentation

One of the big justifications for music piracy in the 2000s was that it was a reaction to the lack of widely available, affordable, easy to use legal services. YouTube and other streaming services have fixed that problem for music. But for video fragmentation, complexity and inaccessibility remain defining characteristics. In defence of TV companies, they want a YouTube-for-TV as much as they do a hole in the head, a viewpoint the music industry is quickly coming round to also. But what is clear is that for as long as TV rights remain so fragmented online, piracy is being given a helping hand it doesn’t need. Popcorn time awaits with open arms.