Why First is Far Less Important Than Best 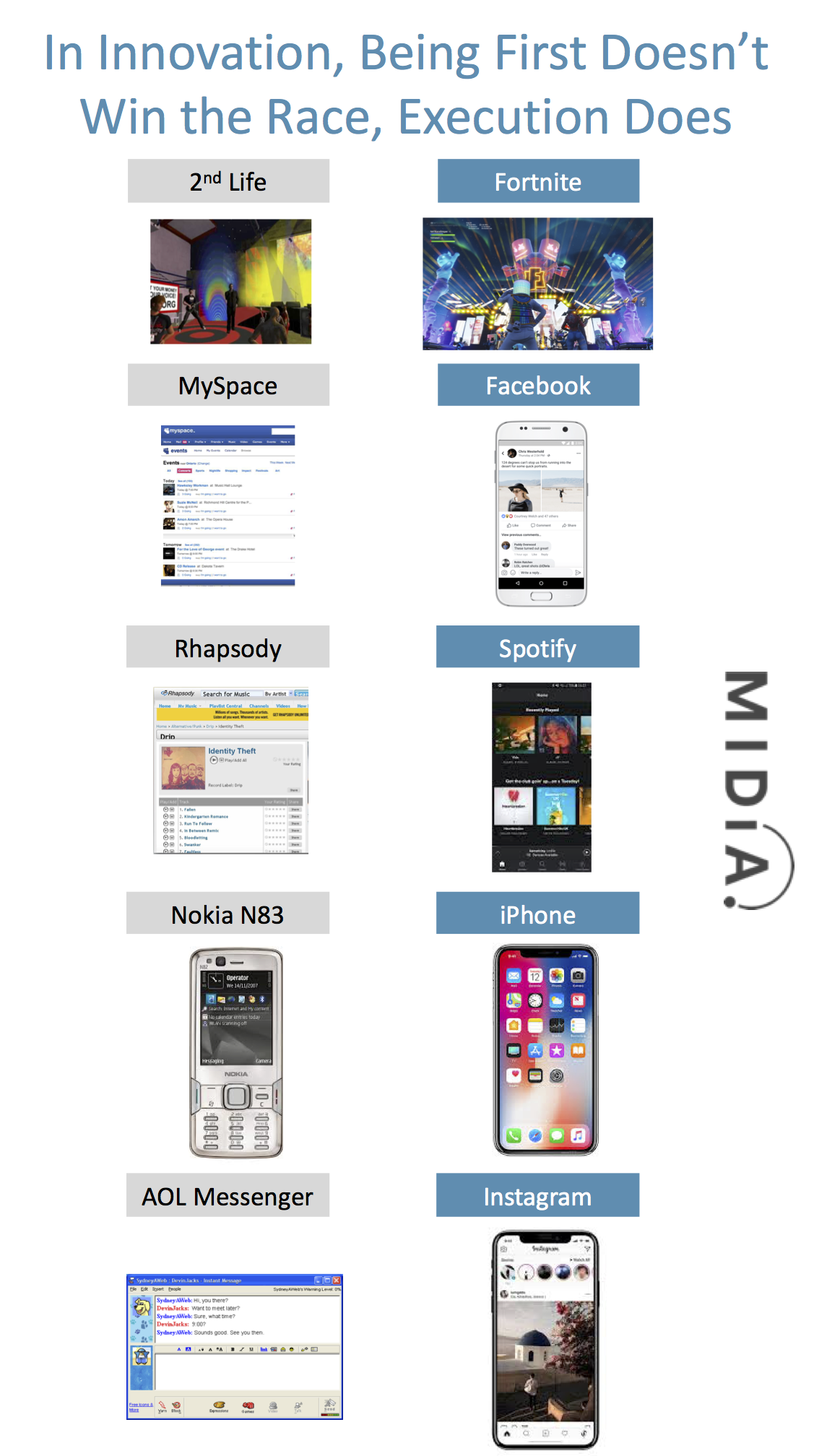 Following Marshmello’s ‘live’ performance in Fortnite which was seen by 10 million simultaneous gamers, there has been the inevitable chorus of ‘but 2nd life did this more than a decade ago’. As I referenced in my blog post over the weekend “In game live experiences like this are nothing new…”. The big deal with the Fortnite Marshmello gig was not whatwas done but how it was done.

It combined integrated merchandise (Marshmello dances and skins), a global shared experience that was also personal (only 50 gamers per game) and unique gameplay (gamers floated up into the sky). But perhaps smartest of all, this was not an event for Marshmello fans in the way that previous virtual concerts have been. This was a Fortnite event sound-tracked by Marshmello. Players were there because it was a Fortnite event. Marshmello though had instant credibility because he was part of the Fortnite experience (and of course being masked is a perfect brand fit). So instead of playing to an audience of existing fans Marshmello was handed, on a plate, millions of new fans in an instant, who they felt like they were part of something. (Wait for a major surge in streams of ‘Happier’). These are the reasons the Fortnite Marshemello event was so important, not simply because it was a virtual gig. This is what innovation looks like when executed well. Execution is everything in innovation. The history of technology is defined by first movers that created a category but failed to go the distance, with an early follower learning the lessons from the first mover and then executing with market winning implementation.

The hard reality is that first movers bleed out on the cutting edge of invention, early followers prosper on the wave of innovation.