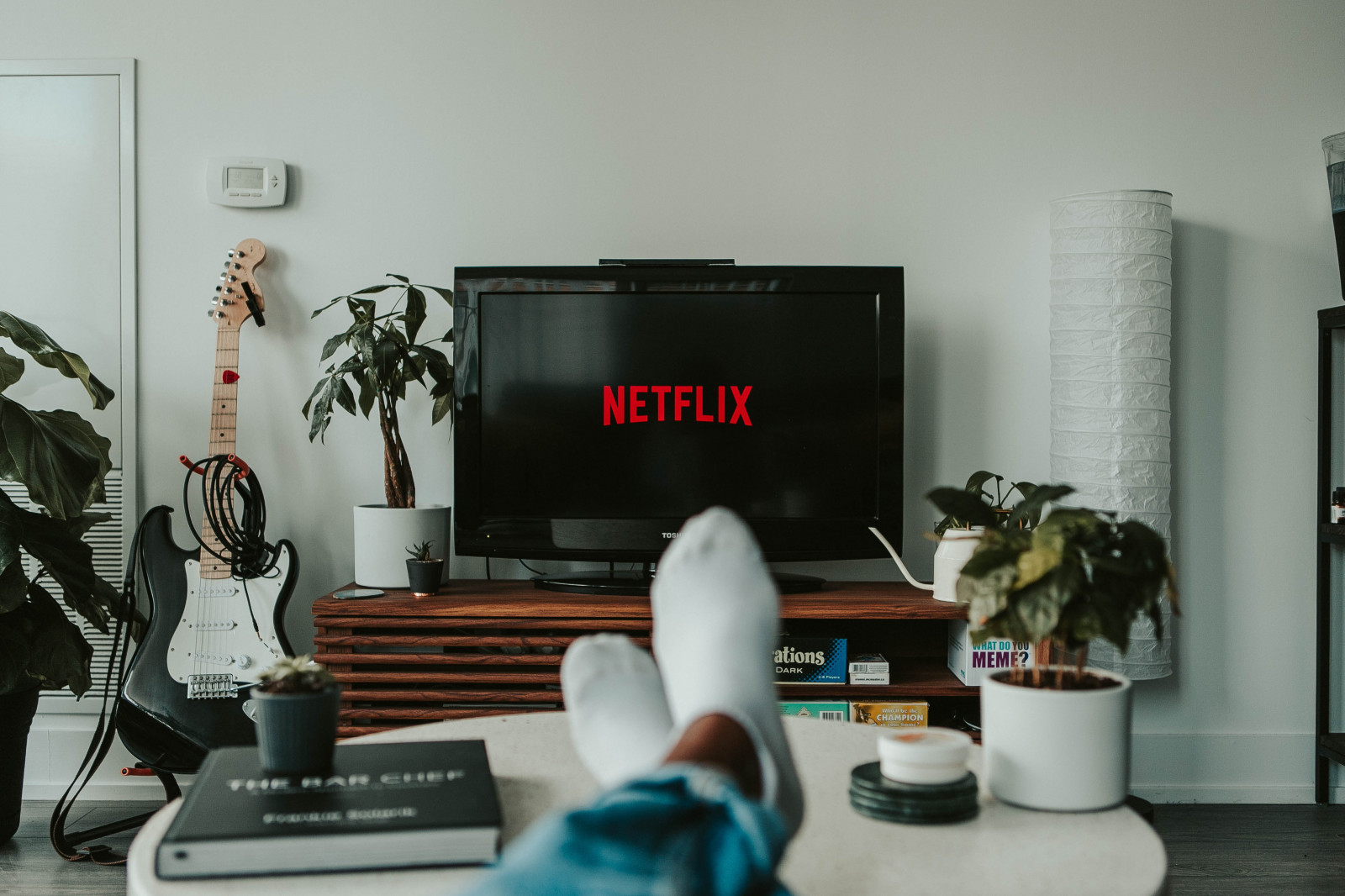 With the progressive move back into in real life (IRL) following mass global Covid vaccinations, hyped-up in-person award ceremonies have returned to business as usual in 2021. This Sunday the Emmys was aired on CBS, the broadcast arm of media major ViacomCBS – which is in itself busy playing catch up with the D2C disruptors class of 2019/20, with its recently launched Paramount+ streaming subscription service. The 7.4 million viewers represented a 16% increase from 2020 viewing numbers, which was held largely as a virtual event. The 2021 audience number was also the largest audience for the award ceremony since 2018, with 2019 having experienced a 33% annual decline in viewing numbers.

While CBS and the wider TV Industry will make much of the fact that the audience numbers are up from 2020’s 6.4 million viewers, Sunday’s numbers were still 23% less than the viewing numbers for the 70th Emmy Awards in 2018, which were themselves down from 2017’s 11.4 million viewers. While 2017 was marginally more than 2016’s 11.3 million viewers, it was less than 2015’s 11.9 million audience number. The long-term viewing trend is that of secular decline for the Emmys as a viewing experience.

However, the audience decrease is only part of the declining relevance of the award ceremony. The Emmys are officially positioned as an award ceremony that recognises the best of TV content output over the previous 12 months. Much like the Oscars, an Emmy is a sought-after seal of approval for professional excellence within the TV industry, and is positioned as a hallmark of quality for the TV viewer. However, the attempt to set global TV content standards in 2021 has become increasingly irrelevant due the rise of niche show fandom.

The Emmys struggle with asynchronous TV fandom and media-fusion

The 73rd Emmy Awards coverage revolved around the success of streaming services, with Netflix in particular amassing 44 Emmys in total. This is parallel to CBS’s own total Emmy award record, which it has held since 1974. However, requirements to be considered for Emmy awards look at availability and selection of content, rather than adequately assessing audience engagement or the dislocation occurring as TV shifts from broadcast to digital. 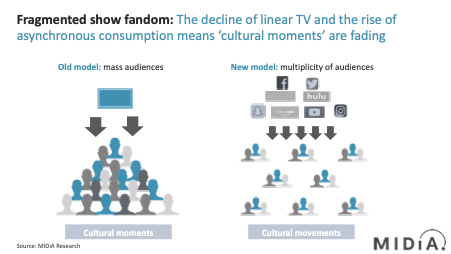 As the above MIDiA chart shows, we have moved beyond the linear model of unified water cooler moments for incubating TV fandom, and into the multiplicity of asynchronous cultural fan moments. A show can now be a hit even it never reaches mainstream levels of engagement.

Thus, the era of regional, national and syndicated distribution is now irrelevant (a point emphasised by Sunday’s D2C successes) – now what matters more is the quality of fan engagement. The end of the old TV show model of controlled distribution through network scheduling has empowered programmes to organically compete on their own merits. The digital survivalism of the peak attention landscape has brought a brutal efficiency to engagement ROI metrics – word of mouth now eclipses streaming services recommendations as the most important form of show endorsement in the digital landscape.

So, while the likes of Netflix and Apple TV+ will celebrate the industry seal of approval that comes with winning an Emmy, for the growing mass of digital natives, success is now micro and cross vertical – take the media-fusion success of Fortnite’s music concerts during the great lockdown, for example. Even Travis Scott’s 12 million virtual concert attendees last year was 62% higher than Sunday’s Emmy Awards viewing figures.

So, where does an interactive TV show premier in a multiverse fit into the Emmys award selection criteria? Until this becomes a question of strategic significance, the Emmys is set to continue its slow decline towards viewer irrelevance, as the mainstream TV show consumer becomes increasingly more sophisticated than the TV industry seeking to serve it.

by Tim Mulligan
14 Sep 2021
Saturday September 11thwas a big day for English footballing giant, Manchester United. The team that dominated the top flight of the most competitive football league in the world for two decades, up to...

by Mark Mulligan
10 Sep 2021
The Chinese authorities’ crackdown on fandom represents the first major growing pain for the global fandom economy. Tencent Music Entertainment (TME) will likely be the bellwether of this shift, with...

The games universe is driving the rise of global football fandom

by Srishti Das
3 Sep 2021
Sport is built on the pillar of fandom, with a global network of passionate fanbases who are driven by different sporting cultures across the world. Football is a prime global example of this, with multiple...
No thanks