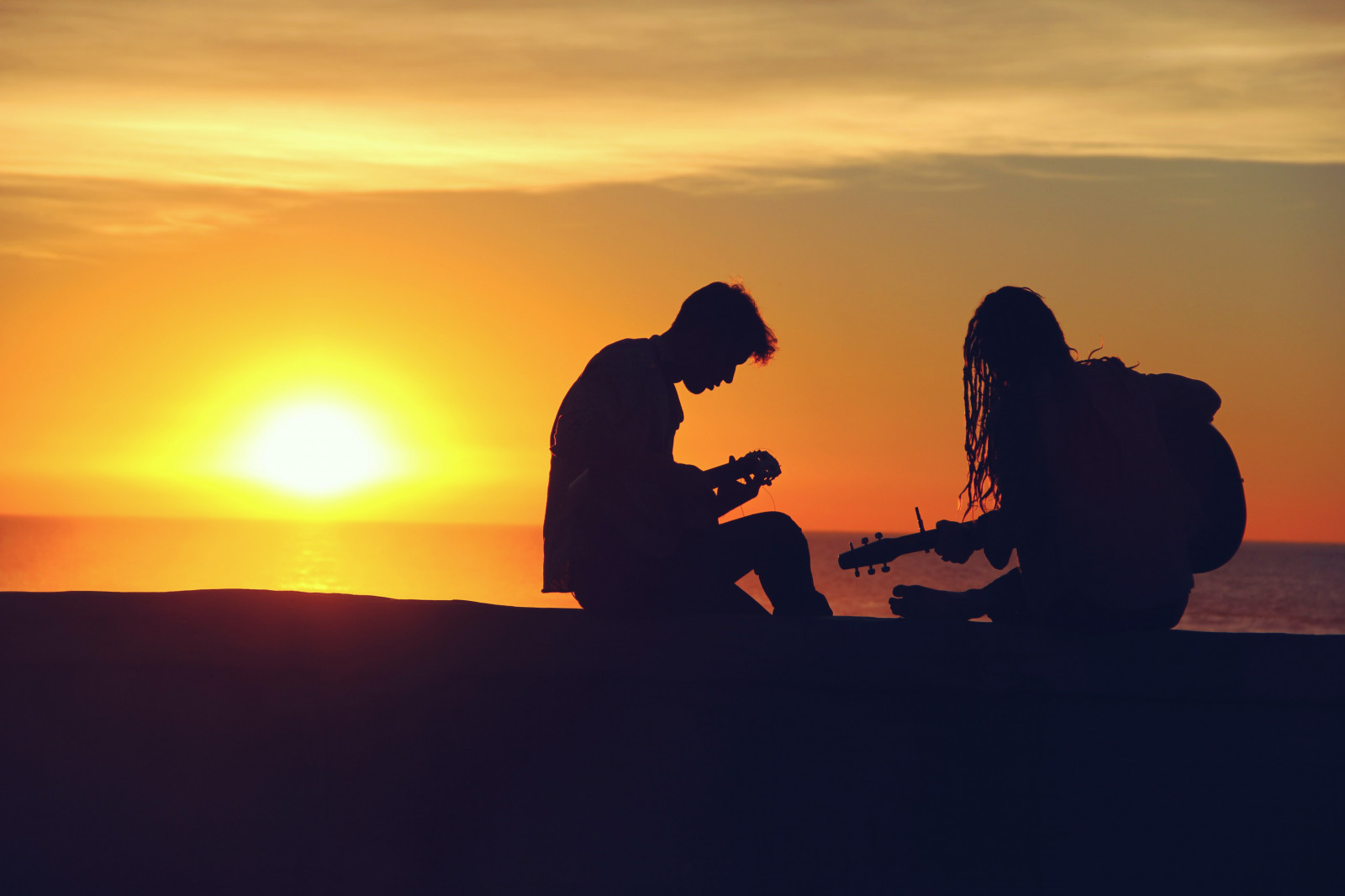 MIDiA recently released a study on the experiences of women in the music industry (free to download here), discussing both the broad-level challenges they face – but also pointing to the positives, the opportunities, and the methods that are working and can work to build a better industry of the future.

On a fundamental level, the challenges women face are a spinning record of interconnected factors: a perception of women as “different” than men, in terms of their capabilities and interests, leads to a bias in whether women or men can visualise themselves being successful learning a skill or entering a field and thus attempt to do so. It also impacts who is often looked at first for opportunities, who is given the most support, and who is rewarded at what stage of their careers. This results in a discrepancy of identities who are able to gain experience and reach higher levels within that field, resulting in a lack of role models and industry voices which can correct the biases – and in turn perpetuates the fundamental perception of women as different. The second-order impacts of this are sexual harassment and assault, unequal pay, continued lack of representation and lack of visibility.

While the tools and opportunities for women are growing – as they are for all independent artists – to make careers for themselves, the challenges together contribute to what was summed up by a music sound technician in one of our interviews for the study: women can sometimes drop out of music before reaching higher stages of their careers because, ultimately, “there’s only so much sh*t you can take”.

Most women who have read this study have responded that its findings are “unsurprising”, but that to see their lived experiences – both in and beyond music – finally reflected in data is a powerful thing. Many men who have read it, however, have found its results shocking. Some Twitter comments have found the proven existence of gendered bias ironically sexist. This in itself reflects one of the main challenges women face: simply being heard and understood. In turn, this lends itself to the fundamental truth of being an ally: the first thing you should do is listen.

What we don’t explore in great depth, however, is how even among women, there are further discrepancies between experiences. As roughly 50% of the global population, they are obviously not a singular entity. Due to scope – at 401 artists, it is not possible to truly break down more specifically between segments while remaining accurately representative – as well as various national data laws, which limit the gathering of personal data such as sexuality or ethnicity. When writing this study we chose to take the high-level approach: we have to start somewhere to make a difference, and so focusing on the highest order of implications will allow the group as a whole to benefit as step one.

However, these discrepancies do exist. Women of minority groups tend to experience the same problems as the wider group to an exponentially higher degree. LGBTQIA artists have to face, in some regions more than others, an initial barrier of their existences not even being perceived as valid; apply this to the issue of confidence, which is often the make-or-break in furthering a career. And geographic or social discrepancies, such as income, expectations and class identity, can have implications on who makes music, when, and why.

Niche is the new mainstream

Enter Indian folk music – and the worst-case scenario for what can happen when women are so beset upon by these challenges, they cease to make music at all. Folk music, broadly, is not exactly on top in the era of pop – and in India, takes a more rural backseat to the city-driven Bollywood. The spread of English-speaking music across the globe, largely pushed by the dominance of the major labels over the last few decades, has slowly eroded old tenets of folk, which has its own cultural implications. However, in part due to streaming and the opportunities for independent artists, local-language music has been making a comeback – from Dutch rap to the yodelling Walmart boy, niche becoming the new mainstream means niche now has a space to exist.

However, when it comes to women, class identities, LGBTQIA folks or other minorities in music, this can heighten the challenges they face. Popular mainstream music has its icons, paving the way for others to follow in their footsteps – but this means that niche genres have fewer openings at all for women to break into the scene, and therefore fewer role models. Also, with the end result being less a superstar and more a streamer with a few thousand hits, the risk seems less worth the reward. “There’s only so much sh*t you can take”, much less for $30 of streaming revenue a month.

The calamity for culture

Indian folk music has this problem compounded. Folk music in India is largely a religious, worshipful practice, and the musical expression for men and women is different and, in a sense, sacred – meaning if women don’t sing, that part of music will either disappear completely or continue to be expressed through men, changing the context and basic expression of it. As a country with many recent high-profile cases of violence against women, particularly women of lower castes, the rural women who still continue to write a huge partition of the folk music are often simply not allowed to face the public eye at all due to their own fear of violence abroad and social pressure at home – as to do so would violate normative gendered expectations of domesticity (the far extreme of the parenthood barrier faced by women in music more broadly). As a result, not only is Indian folk music fading from the public conscious – but the centuries-old parts of women are being forgotten completely.

This is an example of what can happen when women are not empowered or even safe enough to make music: their contributions to the culture of it disappears completely, as a loss to the art form as a whole. This is happening in India, but where else has it happened? Much indigenous music has been lost already over time. The portrayal of women in Latin culture often focuses on a specific image and persona – what has been lost of other women’s voices and contributions? What more could they add, if their paths to the stage were made free of fear or recrimination?

This terrifying potential of cultural loss and individual silence is the worst-case scenario, but it is a very real possibility, particularly as more localised music becomes more popular without the mainstream eye upon it to keep biases in check. What, then, can be done to stop this? There is only so much a database of women artists for hire can do to keep women artists safe from assault in their rural homelands.

Action on all sides

The answer lies in allyship – and the integral importance of treating this as everyone’s issue, not just women’s. A non-profit in India (which our study partner Believe partnered with last year) for example, which brought this gendered tragedy in folk to our attention, seeks to bring recording equipment and song writers to the rural villages where the music is made, to preserve it through recording as well as teach these artists new skills with which to create new music and collaborate further afield. Empowering women folk artists is one such space they are working towards, as it has been challenging to break through the social barriers at the source. Outreach like this can sometimes be simple and straightforward, but the critical aspect is that it is direct, and that it helps these artists by giving them platforms to be heard and further tools to grow and learn for themselves.

Often, the response of the privileged is to put the minority problem in a convenient box off to the side with a label and consider it someone else’s problem. Allyship is not a matter of simply refraining from assaulting women. It means taking power, platform, experience and opportunity and using it to bring up those who do not have the same safeties and resources to ever get that far on their own – breaking down barriers from both directions. It’s hard to break a glass ceiling from underneath it. It’s not so difficult when you’re hammering down from up top.

by Dara Jegede
25 Mar 2021
BE THE CHANGE: WOMEN MAKING MUSIC 2021 TuneCore and Believe Partner with MIDiA for First of its Kind Global Study LONDON, BROOKLYN AND PARIS —Thursday, March 25 2021: MIDIA Research and TuneCore/Believe…

by Hanna Kahlert
8 Mar 2021
The last 12 months have been marked mostly by the coronavirus pandemic, which has pushed much of life to the digital world. 70% of independent artists overall spent much of the time over lockdowns creating…

Women creators: This is also our business

by Srishti Das
22 Mar 2021
MIDiA, in conjunction with TuneCore and Believe, is about to publish the findings of a global survey on the experiences of 401 female creators in the music industry: artists, songwriters, producers, DJs…
No thanks