Welcome to the Age of the Artist 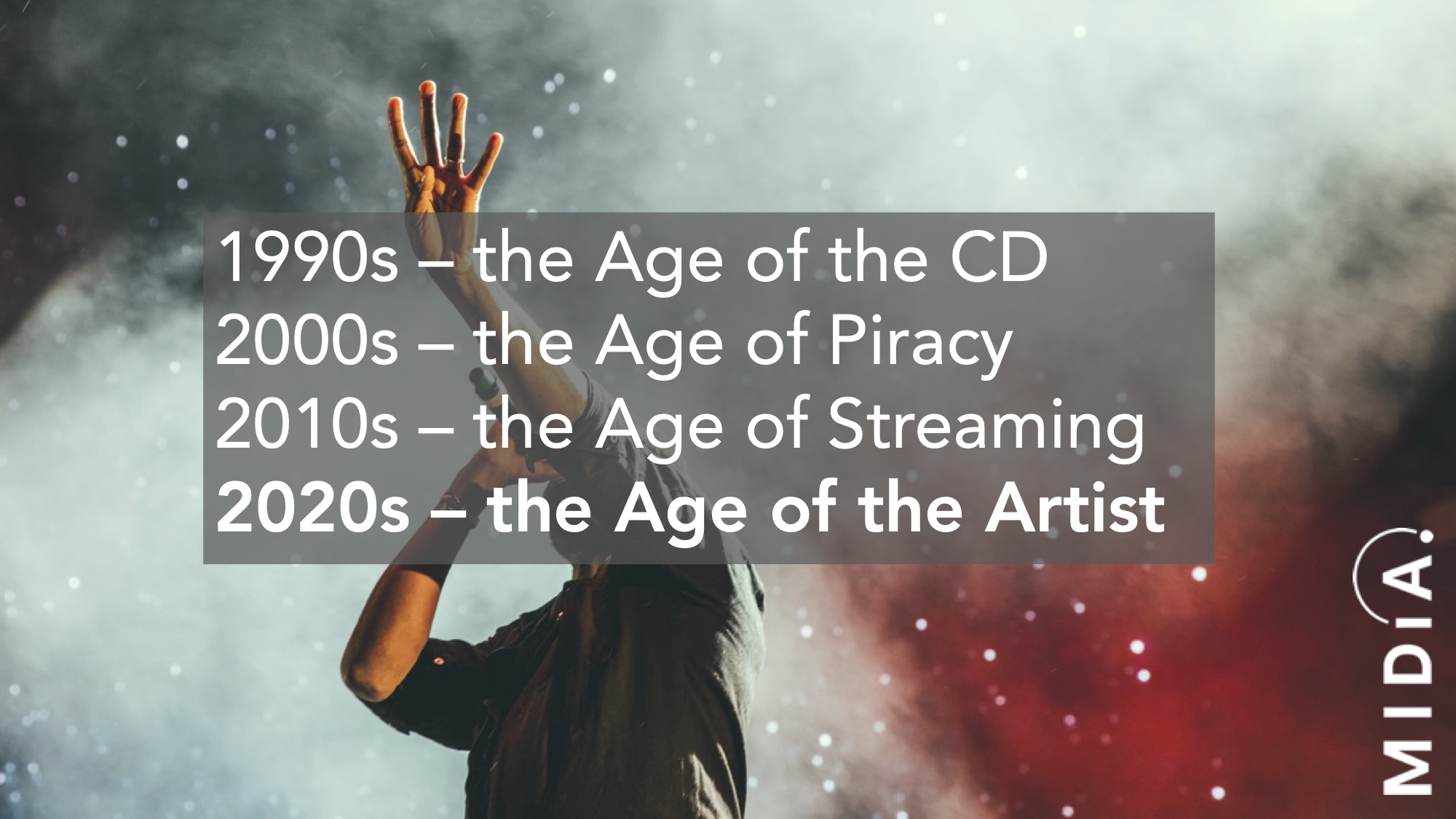 As it enters the third decade of the millennium, the recorded music business is in rude health. Revenues are about to enter the second half of a decade of annual growth, streaming is booming and investment is pouring in. Simultaneously, the fundamentals of the business are changing – from artist and songwriter careers, through music company business models to audience behaviour. The coming decade will underpin a story of old versus new, of insurgents and incumbents. There will be winners and losers on both sides. We are entering the music business’ next era, one that will be defined by factors such as artist empowerment, fandom, global culture, independence, amplification, creation, fragmentation and agility. One of the driving forces in this period will be the continued rise of the independent artist. In fact, we expect the role of the artist to be so impactful that we are calling this next era The Age of the Artist.

Each of the previous music business eras have been defined by and named after the dominant formats of the time. Industry business models were transformed by these technology shifts and the resulting changes in consumer behaviour. Nevertheless, the underlying relationship between artists and labels remained relatively unchanged, with the label very clearly the senior partner. Now that is beginning to shift. Artists are more empowered and informed than ever because of:

It is the tools covered in that last bullet that look set to drive the music industry’s next growth curve. Artist tools – encapsulating everything from collaboration, through production to marketing, are growing fast and will grow even faster still. For a number of years now, larger record labels have been actively building their artist and label distribution capabilities. This ‘top of funnel’ strategy is well established, and enables them to fish upstream for talent early on as it appears. However, the real top of the funnel is one step earlier: the creation of music itself. The companies that establish relationships with artists and songwriters as they are creating music have the first connection, a platform for bigger, longer-term relationships. In fact, this may be the starting point for the label of the future. It might sound crazy, but so did the concept of major record labels distributing unsigned artists. And Spotify doesn’t think it sounds crazy – the likes of SoundBetter and Soundtrap in its two-sided marketplace look like bets on the future of artists and whatever labels look like five years from now.

But it doesn’t matter who ‘wins’ on the supply side (not that there will be any clear winner). The more entities competing for artists’ business, the more choices artists have. Welcome to the Age of the Artist.

The concepts in this blog are just a few of those explored in much more depth in the MIDiA report: Insurgents and Incumbents | How the 2020s Will Remake the Music Business. If you are not yet a client and would like to learn more about how to access MIDiA’s insight platform then please email stephen@midiaresearch.com

by Tim Mulligan
9 Apr 2020
As 25% of the world gets used to a second month of lockdown following the public health crisis unleashed by the COVID -19 pandemic, the impact on video continues to grow. Propositions in this new landscape...

by Mark Mulligan
20 May 2020
The almost total cessation of live music has sent shockwaves throughout the wider music industry. Though live companies are clearly at the epicentre, labels and streaming services are the in the blast...