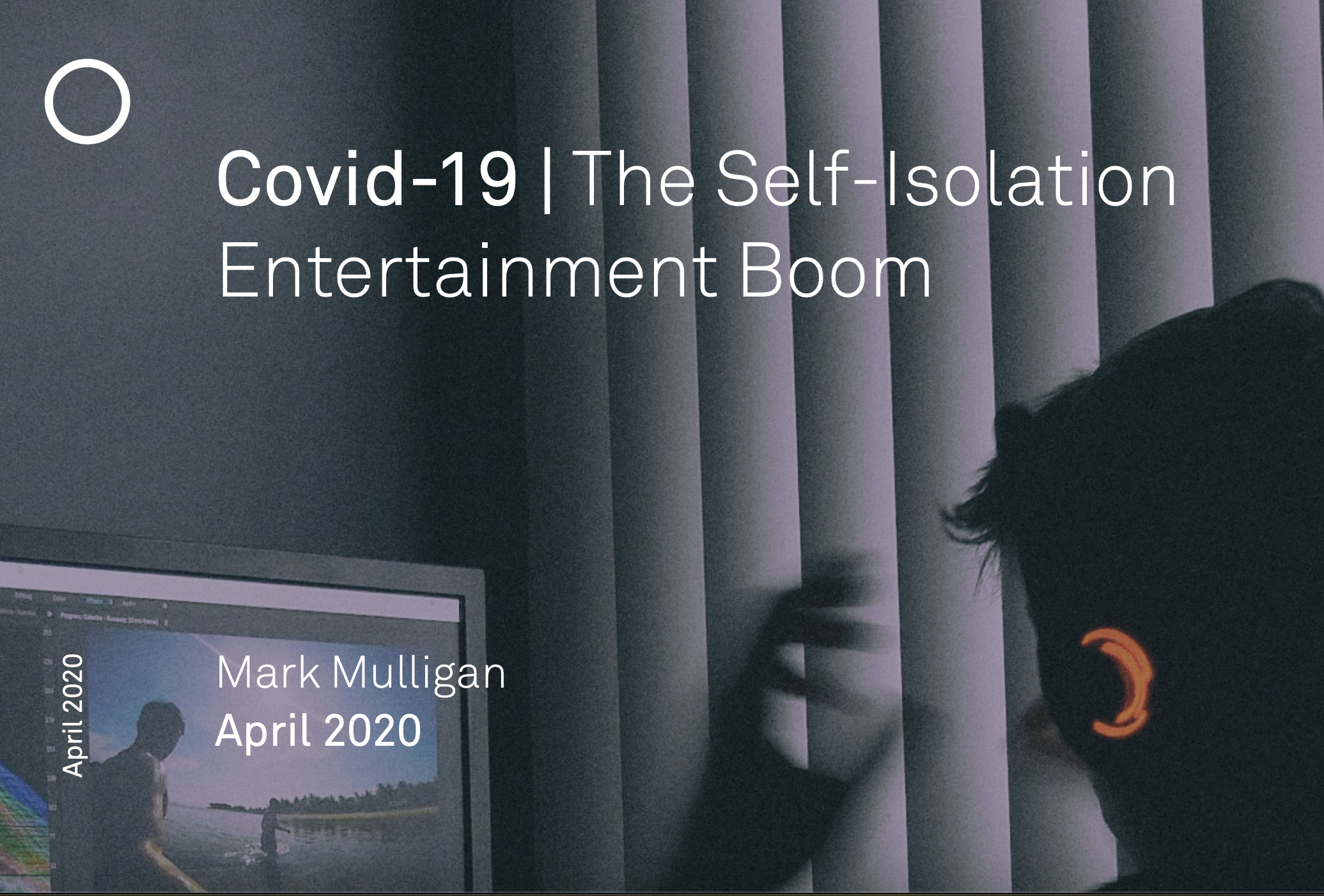 This report follows on from our COVID-19 Recessionary Impacts and Consumer Behaviours report which you can get a free version of here. In this latest report we went big on data, combining a survey of media executives, brand new consumer survey data and a major COVID-19 update to MIDiA’s Attention Economy model. This enabled up to triple-source and triangulate the near-term changes to media consumption during the lockdown period.

With much of the world’s population under some form of restriction of movement following the spread of COVID-19, media consumption habits have undergone dramatic change, creating an isolation boom for many aspects of entertainment. We will be diving further into the impact of COVID-19 on entertainment demand and consumer behaviours in a webinar on Wednesday 15th April at 4pm BST. You can register here. Our speakers will be sharing the tools and strategies to help you respond proactively to market shifts and emerging trends.

Although much of this behaviour will normalise even before lock down measures are eased, there will be some changes that will have long-term impact, with the residual high-water mark of some activities left higher than before the consumption deluge.

Across record labels, streaming volumes were almost universally down across all regions. In most cases consumption was only down modestly and generally speaking the impact was more modest in regions of the world where COVID-19 had so far had less impact. Most labels though pointed to a strong rise in YouTube and Vevo streams, indicating that when stationary at home, many consumers prefer a visual music experience. The initial dip in audio streaming volumes may persist for some time but will be fundamentally temporary in nature. Streaming volumes will grow as a) consumers develop normalised behaviour patterns in their new, abnormal life situations, and b) in the longer term when consumers return to normal work and life. Subscriptions will only be at risk if the recessionary effects of COVID-19 become severe and persistent.

Traditional media has been one of the main beneficiaries of the isolation boom with TV, news and radio all up. In Italy, where lockdown measures have been in place for longer than most markets, 72% of consumers are watching more TV. The boom in radio is particularly interesting as broadcasters – both commercial and public service – are reporting particularly strong growth in streaming app usage. Over recent years radio lost swathes of its audience to streaming. Now, many of those lost listeners have returned, looking for that human connection during isolation and have found that the stations they used to listen to on a radio set they can now consume in just the same way they listen to Spotify etc. This is a unique window of opportunity for radio companies to convert some of these temporary win backs into permanent returns, showing streaming users how to ‘re’ fit radio into their daily lives.

Games up, and filling a sporting gap?

Total time spent playing games was up 22% in the US and 20% in the UK, with many core gamers using the time previously spent commuting to game. For the large share of music subscribers that are gaming aficionados, this often meant swapping a chunk of music consumption time for gaming. In stark contrast to gaming, sports is in fierce decline following the cessation of sporting activity. COVID-19 dislocation is forcing sports fans to take a break,  leaving a hole for all other media activities to fill. For those who were teetering on the edge of cancelling their subscriptions this could be the churn catalyst.

The Digital Entertainment Boom Is Temporary; What Comes Next?

by Hanna Kahlert
8 Apr 2020
The digital entertainment boom as a result of the global COVID-19 lockdowns is but an optimistic wave in a stormy sea the market will have to weather over the coming months… and potentially even years.…

by Alistair Taylor
6 Apr 2020
Sports streaming insurgent DAZN has announced last week it plans to inform rights holders of its intent to defer its payments of rights fees for any content not yet delivered (i.e. postponed / cancelled…

by Dara Jegede
16 Apr 2020
COVID-19 is having a clear and direct impact on the entertainment and media industries, driven by investor uncertainty – resulting in plummeting share prices – and restrictions on movement of people…
No thanks