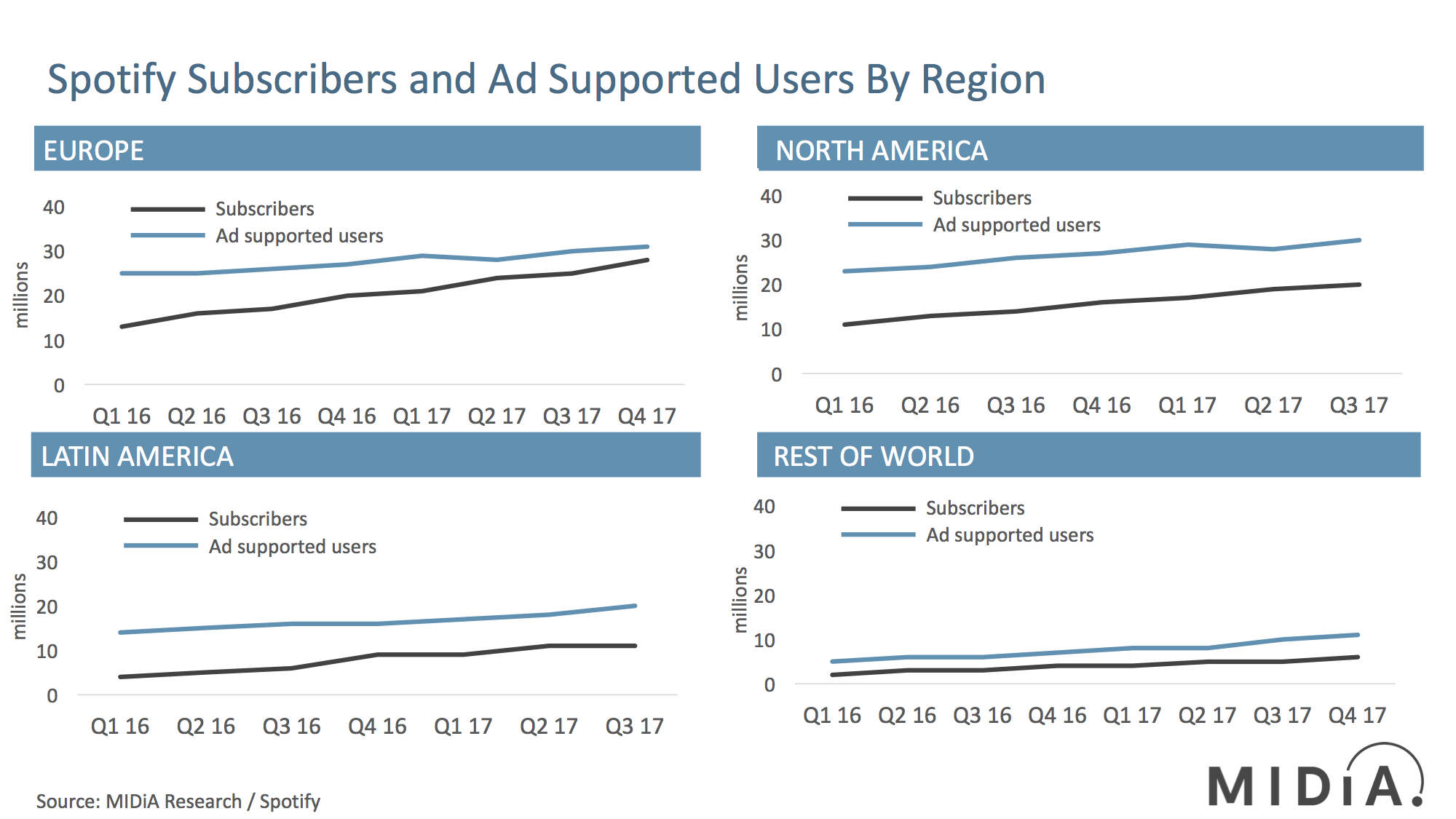 Spotify just filed its F1 for its DPO. The most anticipated business event in the recorded music industry since, well…as long as most can remember, is one big step closer. The filing is a treasure trove of data and metrics, and while there won’t be too many surprises for anyone who follows the company closely, there are nonetheless a lot of very interesting findings and themes. The full filing can be found here. Below are some of the key points of interest:

All in all, there is enough in this filing to both convince potential investors to make the bet while also providing enough fodder for critics to throw doubt on the commercial sustainability of streaming. Spotify’s structural challenge is that none of the other big streaming services have to worry about turning a profit. In fact, it is in their collective interest to keep market costs high to make it harder for their number one competitor to prosper.

But, in the realms of what Spotify can impact itself, the overriding trend in this filing is that Spotify is well and truly on the right track. For now, and the next nine months or so, Spotify will likely remain the darling of the sector. After that, investors will start wanting a lot more if they are going to keep holding the stock. Spotify is promising that the best days are yet to come. Now it needs to deliver.