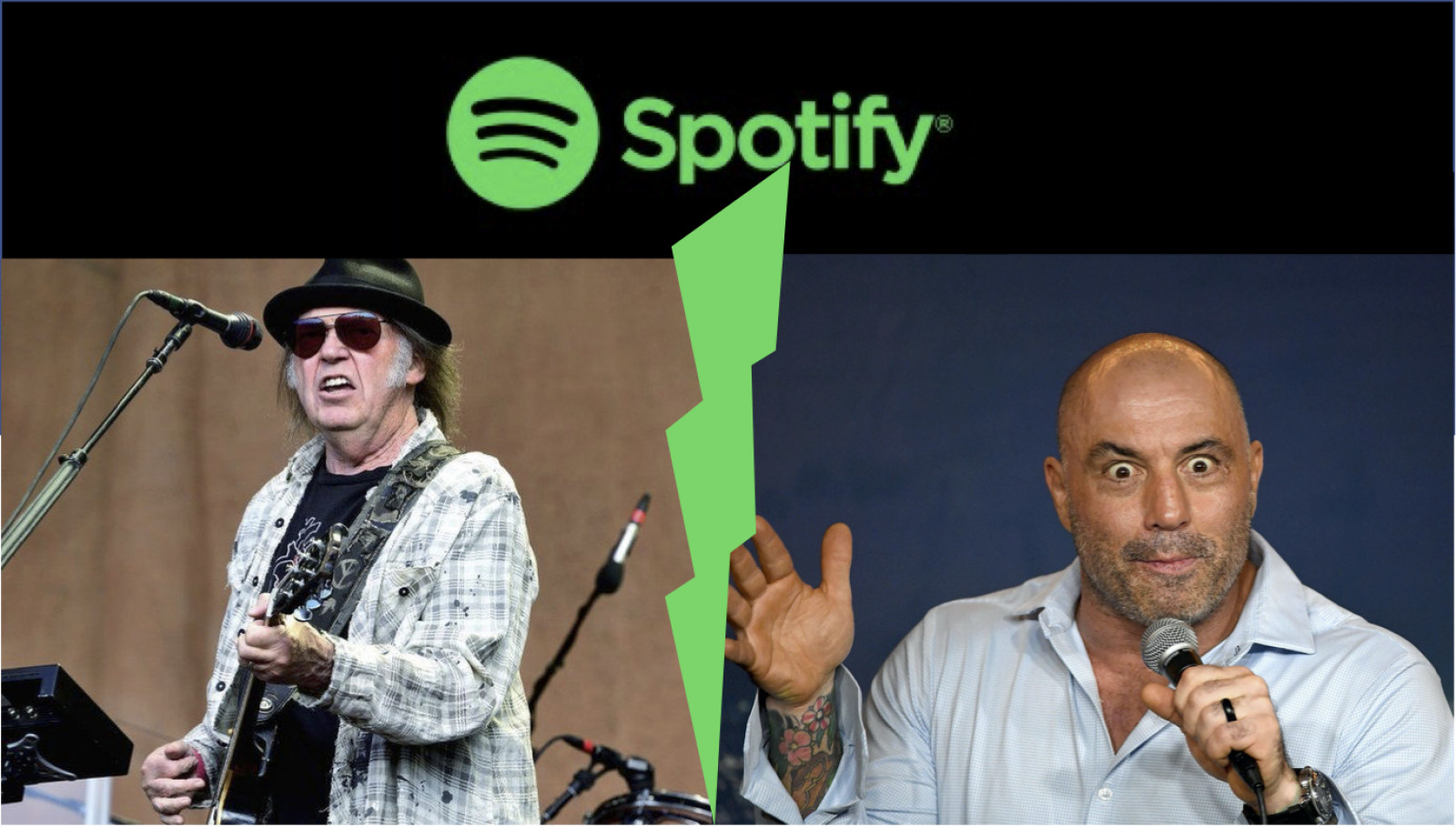 The symbolism behind Spotify’s support of Neil Young removing his music from the platform, rather than Joe Rogan’s podcast being removed for peddling vaccine misinformation was inescapable. For many, this was a highly public test of whether Spotify put audio or music first, and audio won. For a company that still makes more than 95% of its revenue from music, that is a big call. But, of course, in this particular instance we are talking about a catalogue music artist versus a superstar frontline audio creator. Rogan is one of Spotify’s biggest audio bets, and audio is Spotify’s biggest strategic bet, so it would take a lot – a real lot – to see Spotify consider pulling the plug on the controversial podcaster. Yet, that is exactly the sort of decision Spotify is going to have to start considering before long, and if it does not, then the decision might be made for them.

Spotify’s audio problem actually has remarkably little to do with the music business, and everything to do with media company regulation. Back in the mid-2010s, Facebook started its transition from platform to media company, pushing away from a pure focus on users’ content and towards professional created media. In doing so, Facebook found itself beginning to face the same sort of regulatory scrutiny as traditional media companies. It cried foul, trying to make the argument that it was more platform than media company and, therefore, not subject to traditional media company regulation. Facebook won some battles along the way, but it also lost a lot too, catalysed by milestones, such as the Cambridge Analytica debacle and Facebook’s use by Russian covert powers to influence the US presidential election. Throughout this, Facebook, now Meta, has fought tooth and nail to try to build a case of exceptionalism and for the internet to regulate itself. But for many regulators and law makers, the arguments do not pass muster. So much so, in fact, that the case for a new, dedicated regulatory body is building, and supported by no other than a former FCC chair.

Spotify’s case is even more complicated in that it is paying for the content in question, making it much more difficult to build a platform argument. Added to that, regardless of how much money Spotify has invested in Rogan, outspoken podcasters around the world will be looking at this as a test case for whether their freedom of speech is safe on Spotify.

The growing regulatory momentum matters to Spotify because:

b)    Support for regulation is stronger now than it was in the mid-2010s. Spotify could find itself getting caught in the same regulatory drag net as social media companies and regulated in the same way at the same time, or close to

Spotify’s audio challenges are not, however, limited to regulation. Spotify is learning the hard way that it is far, far easier to serve the fragmented fandom of music than it is of audio. There are not too many people in the world who feel the strength of antipathy towards other music genres as socialists do against conservatives, and so forth. There is no such thing as mass-market political opinion. Opinions polarise, more so now than ever. The best you can hope to address is a majority of opinion, but even that is scarce, and will be equally disliked by the remainder. This is the nature of modern-day politics and culture. Of course, Spotify understood this going into audio – it is why it has both Joe Rogan and Michelle Obama on its audio roster. But whereas having a diverse music catalogue is a consumer benefit (i.e., more choice) for audio, diversity can be divisive, as Joe Rogan’s continued presence illustrates.

Dealing with Neil Young is one thing, but if there is a flurry of younger, frontline artists that voice concern, then Spotify may need to take action. It will be betting that most, newer frontline artists lean towards political neutrality for fear of upsetting portions of their fanbases. Many artists, and their labels, will be asking themselves whether Rogan is too popular within their fanbases to make a stand. The days of the politically active, protest singer are a thing of the past. Perhaps more realistic an option is for artists somewhere between new and old (eg Beyonce, Coldplay) to take a stand, artists that feel confident enough in their beliefs and their fanbases to make a stand while still being culturally relevant.

So, Spotify’s future as an audio company may not only be shaped by external regulation, but it may also have to regulate itself – culturally and politically. There is good reason that the global media landscape is defined by three key types of outlet: liberal / left; neutral; conservative / right. That reason is that it is really hard (perhaps impossible) to simultaneously appeal to both sides of the political divide. If you want to pursue the middle path, that means removing much of the sort of content that drives streams. There is no Joe Rogan in the middle path. Which means that Spotify is probably going to have to decide upon a political leaning, even before it feels the heavy hand of media regulation.

by Mark Mulligan
3 Dec 2021
It has been a long time since the music industry has been in such good shape. So long, in fact, that there are not too many executives left who worked through the pre-crash days. 2021 was the year in which...

by Tatiana Cirisano
20 Jan 2022
For the past week, hip-hop Twitter was buzzing with debate. The Weeknd and Gunna both released surprise albums on 7th January:  Dawn FM  and  DS4EVER , respectively. So, whose album would come out...
No thanks