Spotify and Netflix Are Experiencing Opposite User Engagement Trends 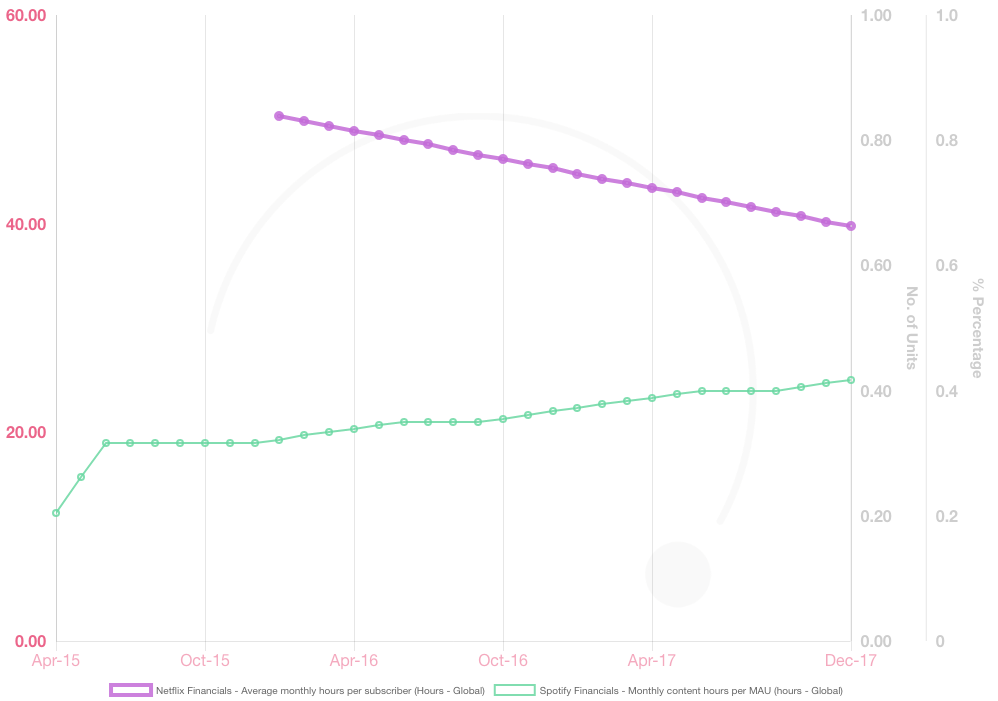 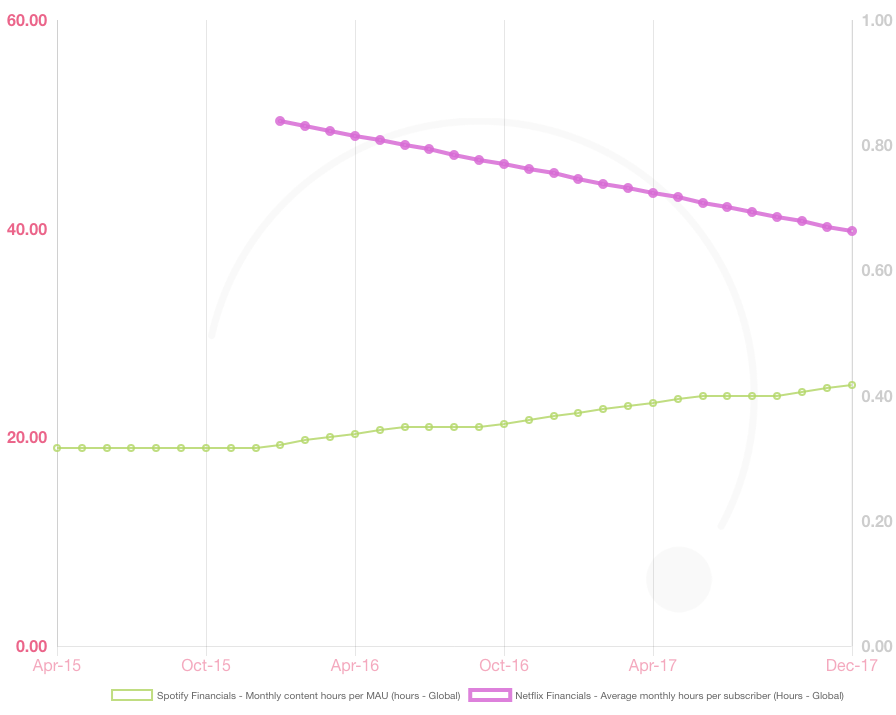 While Spotify’s monthly content hours per MAU increased from 19 to 25 in 2017, Netflix’s average monthly hours per subscriber decreased from 50 to 39.8 in the same period.

At the same time, weekly user penetration and subscribers have grown for both. While Netflix’s user engagement seems to have peaked, Spotify’s continues to grow, for now.

As digital consumption propositions gradually flood consumers’ lives, the competition for their attention intensifies. There is simply a lot more to pay attention to, digitally, than there was in 2007 (Netflix’s SVOD launch), 2010, or even 2014. Visually-based propositions (gaming, news, social media etc.) compete for the attention of the user. Audio listening however, can act as complementary activity to the visual ones. In other words, consumers can listen to music and play a console game, but they cannot play a console game and watch Netflix at the same time. Despite that, the rise of mobile video content consumption does, to a degree, spill over to cannibalize music listening in certain situations (e.g. watching videos during the commute or working out). In December 2017, 21% of consumers watched TV shows and/or movies on a smartphone or tablet. While visually based propositions are the first victims of the peaking attention economy, audio-based propositions will not be fully shielded from its impact either.