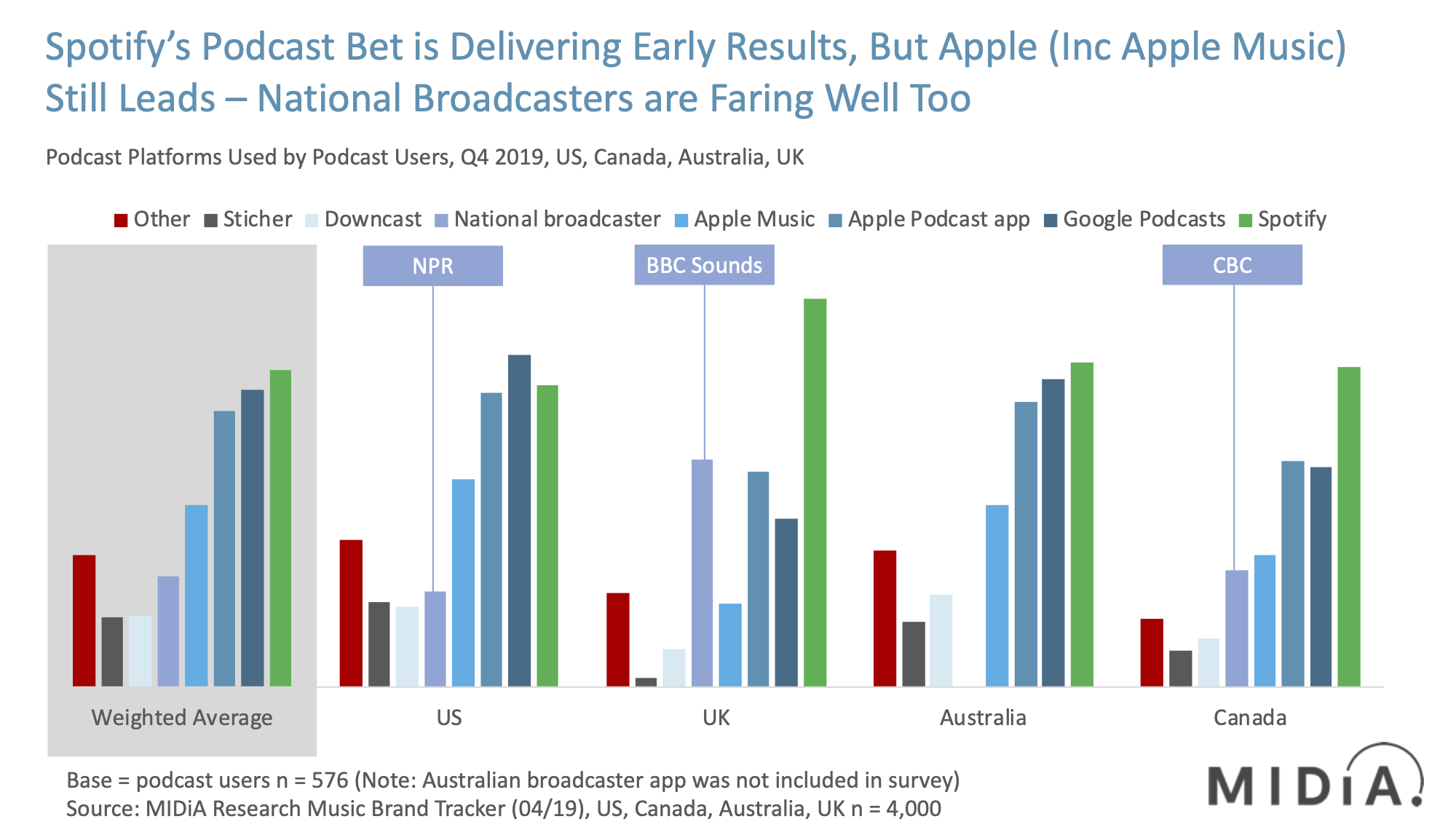 The podcast platform data from MIDiA’s Q4 tracker is in. These are the high-level findings (you can read more about our methodology here):

These findings come from MIDiA’s quarterly tracker survey and will be presented in much more detail in MIDiA’s forthcoming ‘Podcast Platforms’ report.

If you are not already a MIDiA client and would like to learn more about how to get access to MIDiA’s research, data and analysis, then email stephen@midiaresearch.com