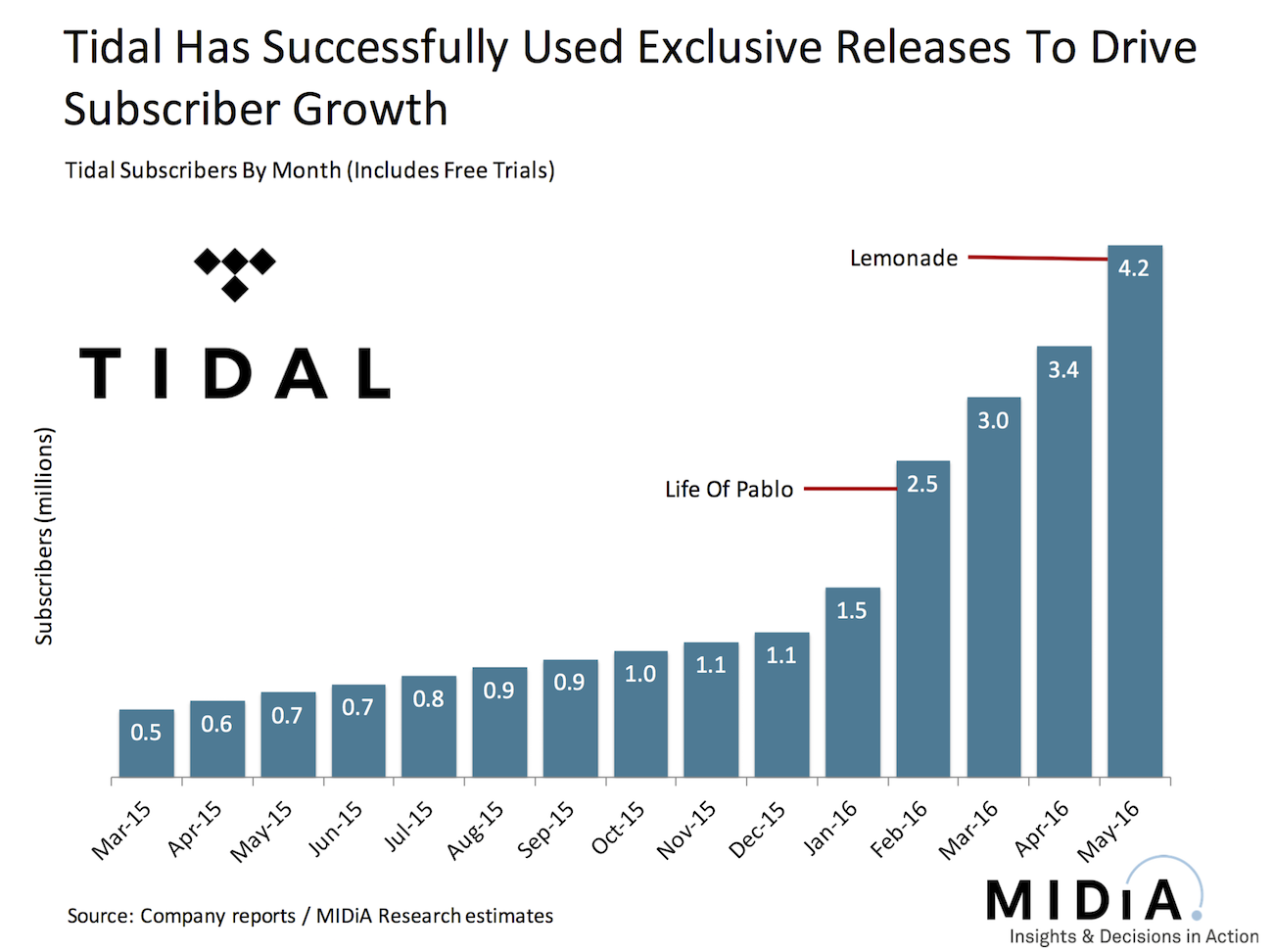 Soundcloud started the year by finally getting the rights owner deals in place necessary to launch its subscription offering Go. Go might not be the perfect fit for Soundcloud (it feels like a cookie cutter freemium service lumped on top of Soundcloud’s genuinely unique service) but it at least got Soundcloud over the licensing hump. It no longer has to sit on the licensing naughty step alongside YouTube. Did Soundcloud get the best possible deals it could have wanted? No, but it did get enough to enable it to move onto the next stage.

It is this next stage that will make or break Soundcloud. It has the potential to carve out a unique corner of the streaming music marketplace, and that differentiation potential will be crucial in the increasingly competitive streaming market. Luckily for Soundcloud and its users alike, the label deals for Go effectively (though not entirely) turned a blind eye to the user generated music that falls in between being licensed catalogue and unauthorised uploads. This grey market catalogue comprises bootlegs, mashups, unauthorized remixes, cover versions, DJ sets that you will not find on any of the fully licensed services because they don’t exist within label catalogues. Dubset is making important moves towards building a licensed catalogue of similar works but will always trail what the likes of YouTube and Soundcloud have because they are user uploaded first and licensed (sort of) later.

Soundcloud, like all streaming services, is burning through cash and that will only accelerate now that it has to account for 80% rights costs for at least one part of its business. A $35 million debt deal in January helped steady the balance sheet but a just announced $70 million (potentially rising to $100 million) from Twitter will be even more welcome. Not least because it will make Twitter a 14% shareholder and increase the odds of it being a potential buyer (Twitter previously walked away from a deal because Soundcloud was holding out for $1bn). User growth has slowed for both Twitter and Soundcloud so both will be hoping the other can kick start some growth for the other.

Amazon is the granddaddy of online music, having set the whole thing in motion with its online CD store. Music may not be anything like as central to Amazon’s revenues now but it remains strategically important. In the same way that Apple is starting the journey to become a services business, Amazon too is looking to transition much of its revenue base to services. AWS and Amazon Prime are the flagships for this strategy, with video the lead content play for Prime. Amazon has invested boldly in original content for Prime Video with shows such as The ‘Man In the High Castle’ and ‘Transparent’. Meanwhile it has quietly been building its music service, also under the Prime banner, focusing on a curated offering that appeals to the mainstream rather than the aficionado. It has also been investing steadily in original content, releasing exclusive compilation albums such as ‘Indie For The Holidays’ and ‘Songs Of Summer’ with established artists recording exclusive tracks.

Amazon is not competing head on with Apple and Spotify but is building a service for the music fans those services don’t appeal to, and it is making headway. Back in October 2015 Amazon announced it had ‘several million’ people using its music service, since then it has continued to grow steadily. Now comes the news that Amazon is planning to spin out Amazon Music as a stand alone offering. Competing in the open marketplace should prove liberating for Amazon. In its current home it plays third fiddle to free shipping and free video. Also Amazon looks set to invest to succeed, having spent an estimated $3 billion on music and video streaming in 2015 and with all signs pointing to a bigger spend in 2016.

Tidal had earned a reputation for being a bit of a streaming joke, stumbling through successive executive departures and PR gaffes, never quite managing to shake off the legacy of its bombastic launch event. But all of this has acted as a (presumably unintentional) diversionary tactic, causing many to not take Tidal seriously enough while it was assiduously building what can lay serious claim to be a best-in-class streaming competitor. Tidal’s mission was never to be the global streaming leader but instead to own its niche on a global scale. While Spotify, and to a slightly lesser degree Apple Music, have to be all things to all people, Tidal has happily positioned itself as the go to streaming destination for urban music. More than that, it has positioned itself as an aspirational brand with premium running through its veins: premium pricing (around 45% of its subscribers are on the $19.99 tier), premium quality (Hi-Fi), premium production values (The ‘Lemonade’ HBO documentary) and premium content (exclusives from Kanye West, Beyonce etc.). Tidal is streaming music bling, it is the streaming equivalent of driving round in a car with blacked out windows. Tidal is a brand with character and bite, it stands for something in the way other streaming services do not. It is also competing directly for Beats’ core customer segment, which is undoubtedly why Apple Music has put so much effort into its Drake and Chance the Rapper exclusives, in a bid to win back some of Beat’s urban heartland.

Taking a leaf out of Netflix’s book, Tidal has also grown its subscriber base with effective use of exclusives, growing from just over half a million in March 2015 to around 4 million in May 2016. In short, Tidal deserves a lot of credit for building the streaming music service with most brand resonance and the most clearly defined product positioning.

In It For The Long Run?

Each of these three streaming companies are helping redefine the streaming music market and will play just as an important role as the market leaders in helping shape its future. Although there will clearly be market consolidation at some stage, each of these three could plot a path for long term survival should their finances and ambitions allow it. In reality though, both Tidal and Soundcloud will likely have found a suitor within the next 24 months exactly because of their finances and ambitions.