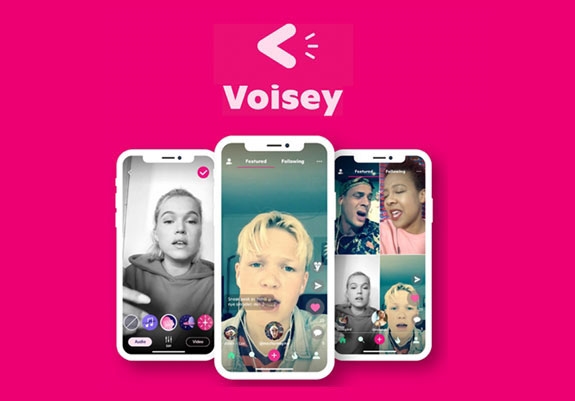 Snapchat parent company Snap Inc is reported to have acquired music collaboration tool Voisey. Voisey is a relatively new start-up, having raised its first major round mid-2019 and launching later the same year. Snap has acquired Voisey not for what it has achieved, but for what it can be. We are on the cusp of a revolution in music making, with a host of new tools and services set to create the fastest growth in music creativity ever seen. Snap wants to be a part of that.

There is more activity, inward investment and innovation in the music creator tools space than ever. Companies like Splice, LANDR, Output and BandLab are changing the face of music making, empowering creators to go from zero to one hundred faster than ever before. But in many respects, these companies are the second chapter in the original story. The first phase belongs to a growing body of apps that give consumers intuitive tools to be able to make high quality music via gamified experiences. It is all part of a broader trend of audiences being empowered with creative tools that let them achieve with one swipe what in the past would have taken years of experience and complex control panels to achieve. TikTok enables consumers to create high quality videos; Instagram, high quality photos. The new generation of creator tools are enabling consumers to make music quickly and easily. Snapchat sees itself being able to be at the centre of that.

Voisey joins a growing body of consumer-facing music creator tools, with Popgun’s Splash sound pack game in Roblox racking up 21 million players earlier this week. While the majority of these gamers will not go on to make music in a more structured way, many will who would not have otherwise done so. This is not actually the point, however. The point is that just like TikTok made amateur video making a mainstream consumer activity as Instagram did to photography, so this new generation of apps and games are aiming to do the same with music.

In the history of music, only a minority of people could ever actually express themselves through playing an instrument. That has now changed. These are truly exciting times for music, with the emergence of an industry that goes far beyond the confines of the way it is defined today, and the companies that function in it today.

If Radiohead was releasing its debut album in 2020 perhaps it would have contained the single ‘Anyone can play gamified AI beats and sounds’.

MIDiA has been working on a major new report on the music creator tools space which we will be announcing next week. The report is already available to MIDiA clients. If you would like to find out more about MIDiA’s creator tools research email stephen@midiaresearch.com

No surprise: Quibi bows to the market realities for its six-month old video service

by Tim Mulligan
22 Oct 2020
Much-hyped premium short-form mobile video start-up Quibi has bowed to the inevitable and announced the closing of the service. In an  open letter posted on Medium  yesterday, Jeffrey Katzenberg and…

by Alistair Taylor
19 Nov 2020
US-based sports betting company DraftKings’ stock value has grown 11% following a strong third-quarter performance in which its revenues increased 98% year on year (YoY) to reach $132.8 million, up from…

by Karol Severin
4 Sep 2020
Music consumption, particularly in the West, is commoditised. Transforming from the economies of ownership to access and the removal of production and distribution barriers led to the devaluation of, not…
No thanks