Six Nations Behind a Paywall: Can Rugby Afford to Bench Free-To-Air? 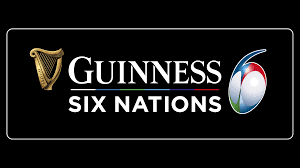 Six Nations organisers are reportedly considering awarding the exclusive distribution rights for its annual competition to pay-TV operator Sky, in an unprecedented £300 ($384) million deal. Organisers have said they ‘would not rule anything out’ as the Rugby Paper reported the championship would go behind a paywall on Sky. This would mark the first time in over 20 years that rugby union’s premier northern hemisphere tournament would not be shown on free-to-air (FTA) television.

The television rights are currently owned by broadcasters BBC and ITV, sharing coverage of 15 matches per championship, with the deal set to expire next year. Ahead of the last rights cycle in 2016, the BBC and ITV strategically banded together during the tender process to keep the rights away from Sky. The broadcasters intended to do the same this time around, but the strategy has been vetoed. This prohibiting of the joint bid from FTA players has raised fears over the rights being lost behind Sky’s paywall for the next three tournaments at the very least.

When will rights holders learn that chasing easy dollars is no longer the optimal strategy to ensure the long-term viability of one’s product? Six Nations organisers need only look at the example set by Formula One, Cricket and most recently WWE here in the UK to understand that having content exclusively behind a paywall can cripple  viewing figures. Last summer, the FIFA Women’s World Cup was on FTA, attracting an 11.7 million viewing audience for the English Lionesses semi-final loss. Compare this to the average audience of 641,000 the ICC Cricket World Cup received through being exclusively distributed on Sky and you start to ask questions – why do it? If an emerging sport in terms of popularity and deserved credibility can dwarf that of a such a prestigious spectacle due solely to the medium through which it is distributed, then why place content behind a paywall? The answer is simple… near-term commercial gain trumps longer-term audience building. The important becomes the victim of the urgent. However, if the audience is not invested now, then the commercial opportunities in the mid- to long-term will fall.

In hindsight, the ECB awarding exclusive cricket rights to Sky in 2005 was short-sighted, failing to discern the secular decline of pay-TV subscribers and digital adoption of younger audiences in relation to the video content consumption trends that were to follow. While the ECB can be forgiven the blunder of not foreseeing the evolution the video landscape would undergo though fragmentation and digital transition, the Six Nations organisers, however, cannot. Equipped with an abundance of case studies and research on declining pay-TV subscriber numbers and TV’s demographic cliff, rights holders can no longer remain ignorant to the fact that consumption habits have inherently changed.

None of these statistics would justify the Six Nations decision to partner with Sky if the desire is to do anything but narrow the target audience. If this move does indeed go ahead, expect the organisers to be just as red faced as Sir Jonny Wilkinson kicking the ball out on the full, from outside his ‘22’. We are in a post-peak attention era, with competition for audience attention – and importantly engagement – at an all-time high. Six Nations needs to maintain visibility for its competition to remain relevant with fans and pay-walling its content will not achieve that. One course of action for Six Nations organisers to consider would be to allocate digital and live broadcast rights separately. Not only would this cater to the masses on linear TV, but also address the underserved (largely younger) digital audiences that predominantly hold streaming subscriptions.

Drop kicking FTA in favour of pay-TV is not the solution.

by Alistair Taylor
16 Jun 2020
Italian football league Serie A is attracting suitors for an equity share, following a €3 billion ($3.4 billion) ‘tentative offer’ made by Bain Capital for 25% of the league. This opened up competition...

by Alistair Taylor
4 May 2020
The English Gallagher Premiership Rugby provides another case study that demonstrates just how significant COVID-19’s impact on rights holders is likely to be moving forward, as it faces a substantial...