Music Piracy Hasn't Gone, It Has Merely Changed Its Spots 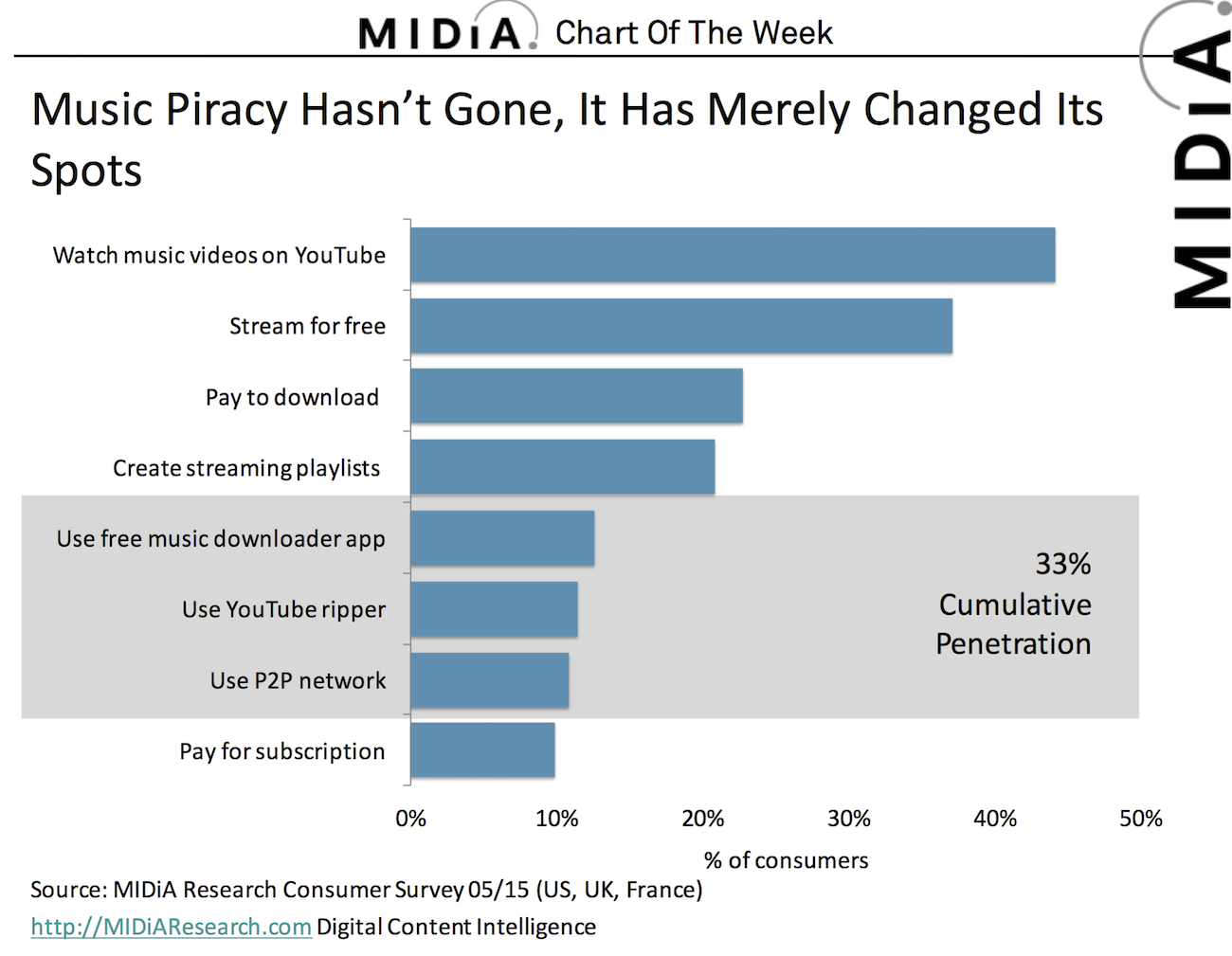 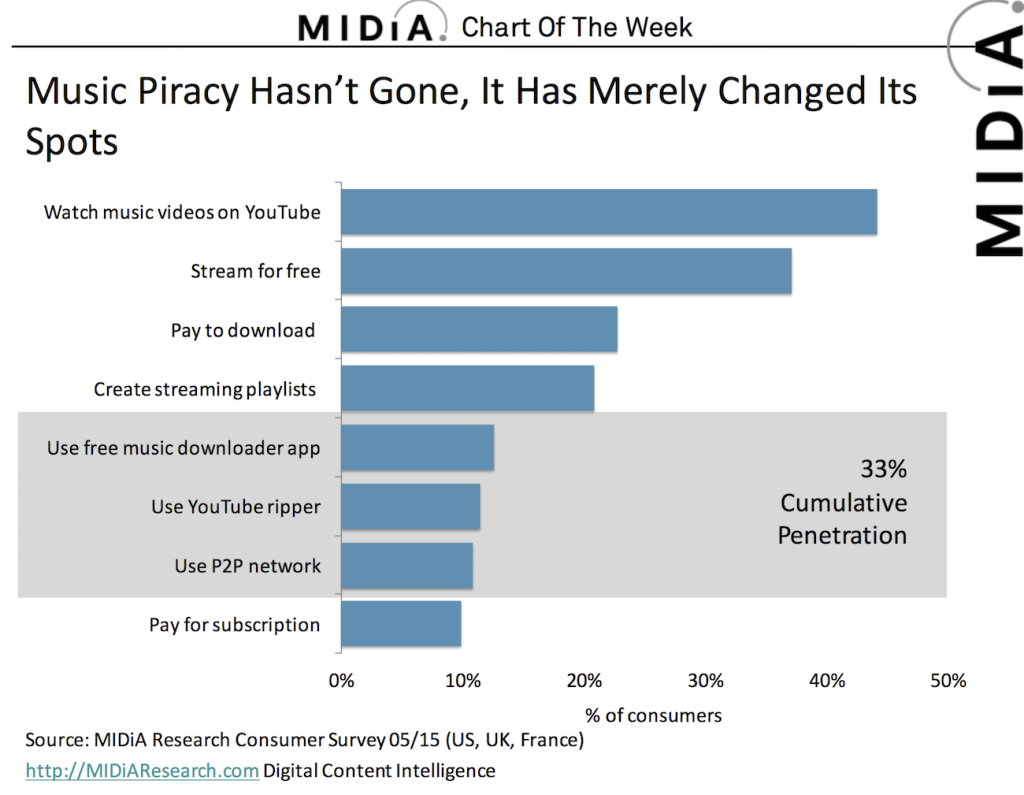 While the music industry slowly got its head around the brave new world of digital in the 2000’s piracy used to be the dominant focus of record labels and their trade associations. Now, with so much momentum and scale among legitimate services that focus has understandably lessened. However, one of the key reasons for the softened focus is a misplaced sense that piracy has somehow gone away or dwindled. It hasn’t. Instead it has merely changed form.

Now in the streaming era all three of those market dynamics have lessened massively. So little wonder then that piracy technology has evolved to meet the needs of the streaming consumer.

With YouTube the number one digital music destination, and with a catalogue that no other music service will ever be able to match, it makes complete sense that YouTube rippers have emerged as one of the key strands of music piracy tech. Many of which transform YouTube into a fully offline, on demand, ad free, high quality music service.  The most popular new piracy tech - free music downloaders - are platform agnostic but fit a similar mould. These piracy app categories share crucial characteristics:

When Napster first emerged it changed consumer behaviour for good. That genie was out of its bottle long ago. Now the genie just became a shape shifter.