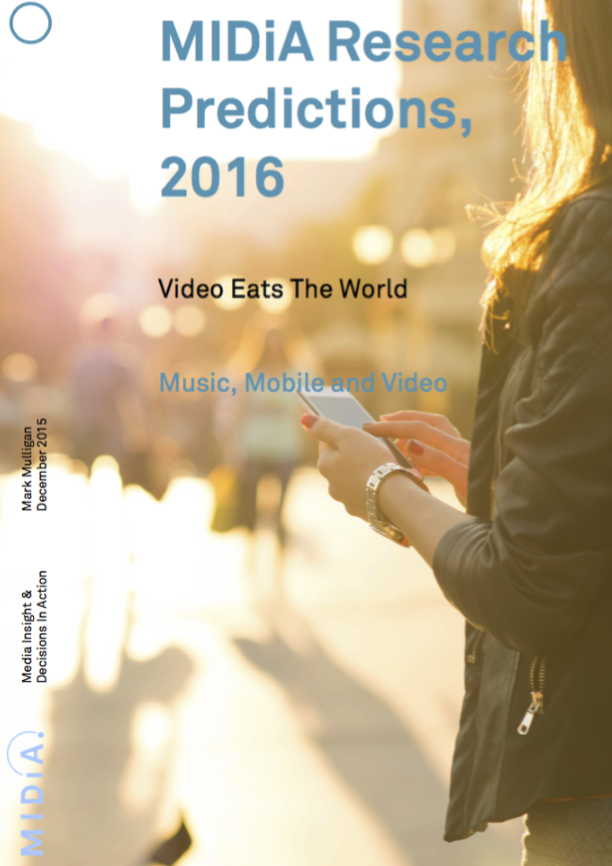 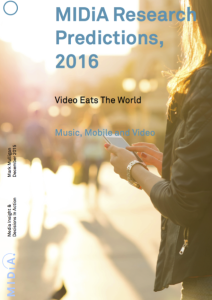 With 2015 rapidly drawing to a close we have taken the opportunity to present the big trends that MIDiA Research believes will shape digital content and media in 2016.  The entire findings are available exclusively to MIDiA subscribers in the report: “MIDiA Research Predictions, 2016: Video Eats The World”. The report includes predictions for Music, Online Video and Mobile content as well as macro predictions. Here are some highlights of the macro trends we expect to shape paid content in 2016:

This decade has been defined by accelerating innovation and disruption.  With the majority of consumers now digitally connected in one way or another, new technologies have the ability to utterly transform existing models with a swiftness and totality not previously possible.  Digital disruptions no longer only affect your digital audiences yet at the same time markets evolve at different paces, with early adopters expecting ever more innovation and less adventurous consumers clinging onto incumbent platforms.

Consumers are adopting new technologies at unprecedented and accelerating rates.  It took more than 30 years for radio to reach audience maturity, 20 years for the internet, 10 years for the smartphone and just 4 years for messaging apps to do the same.  Never before have media industries been so quickly changed by technology. The pace will intensify in 2016 with 3 standout trends shaping the digital content marketplace:

If you are not yet a MIDiA Research client and would like to learn how to get access to this report and other MIDiA reports and data either visit this page or email us on info AT midiaresearch DOT COM.