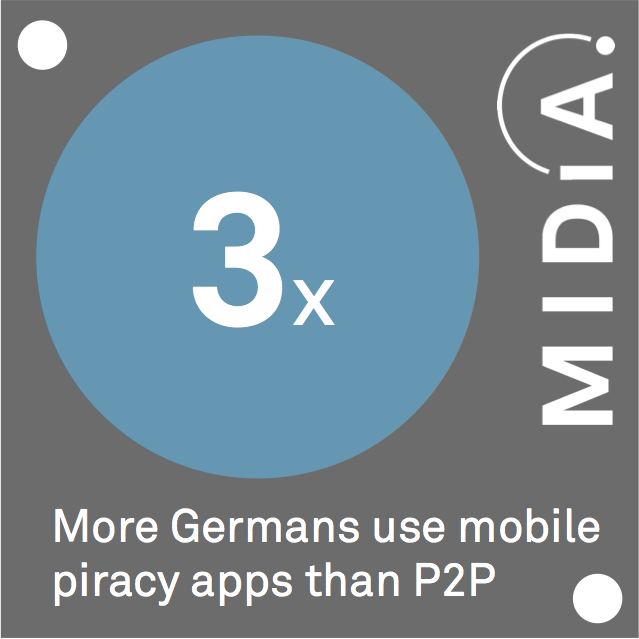 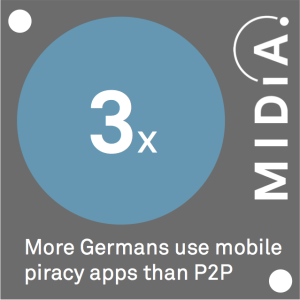 One thing you'll often hear cited in defence of streaming is that it has helped kill piracy.  On the surface that might be seem to be true given that music P2P penetration is down.

But all is not as it seems.  In fact just 13% of music streamers say they have stopped or reduced their P2P activity as a result of streaming.  Of course that is still a meaningful share, however the devil is in the detail: they have 'stopped or reduced' i.e. many of those have reduced the amount they use P2P but have not stopped entirely.

But all of this misses the bigger trend:  P2P is a dying technology for music.  It made absolute sense in the 2000s when people were still used to owning stuff, to hoarding files on their hard drive, and when internet connections were not robust enough to support streaming.

Now though, even mobile data is robust enough for streaming (if not always cheap enough) and more pertinently music audiences are increasingly moving away from an ownership mindset.  With all the music in the world a swipe of a finger away on YouTube or Spotify who needs to download an artist's entire back catalogue anymore?  Instead people are turning to new forms of piracy to get snackable quantities of music.  A playlist or an album to take with them offline.

Enter stage left mobile piracy, apps such as YouTube rippers and free music downloaders. These sorts of apps are ubiquitous on app stores and dominate music app charts.  Also these apps have a veneer of legitimacy to end users that P2P never had because Apple and Google see it fit to allow them straight onto the apps stores despite clearly being for copyright infringement usage...'If it's on iTunes it's got to be legit right?'

Rights holders are now locked in a constant battle against these apps but it's normally only the YouTube rippers they can get to because the free music downloader apps can point to vast quantities of (for now) of legal files on Soundcloud that they source from.  The YouTube rippers however are clear violations of YouTube's terms of service and the labels are able to easily use this to have the caching functionality disabled.  At which point the apps plummet down the charts with hundreds of irate reviews from users.  By which time new apps have shot up the charts to take their places.  If you thought fighting P2P was a game of whack-a-mole, fighting mobile piracy apps is whack-a-mole on speed.

Somehow though mobile piracy ends up feeling like an industry backwater, an issue which isn't taken that seriously.  Yet mobile piracy penetration is higher than P2P ever was.  In some markets, such as Brazil, more than half of under 25s use these apps.  In Germany, a market often held up as a P2P enforcement success story, mobile piracy is three times more widespread now than P2P.

Music piracy is not on the wane, it has simply got a new set of clothes and is in rude health.