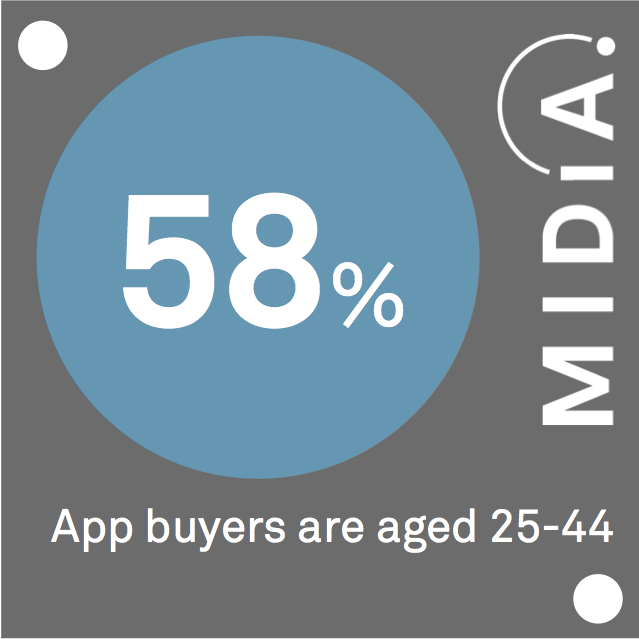 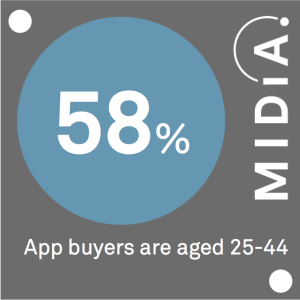 Spending money on or in apps is a niche activity. The majority (58%) of that niche is aged between 25-34 years old.

The age distribution will however become more even in the upcoming years.

New consumers are getting introduced to technology at a younger age, which will likely drive faster conversion to payment later on in their lives.