MIDiA Chart Of The Week: The Steady Decline Of The CD Buyer 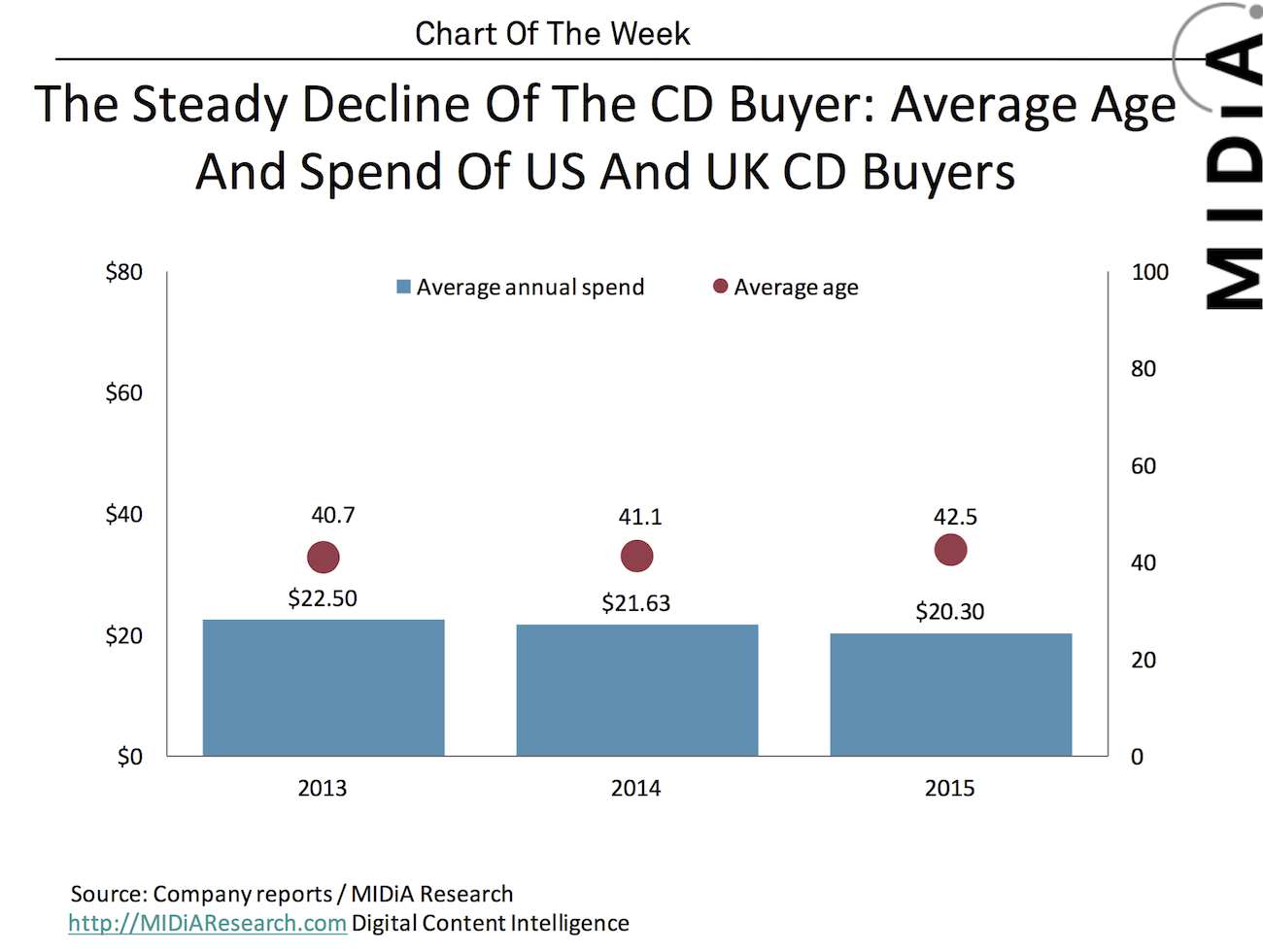 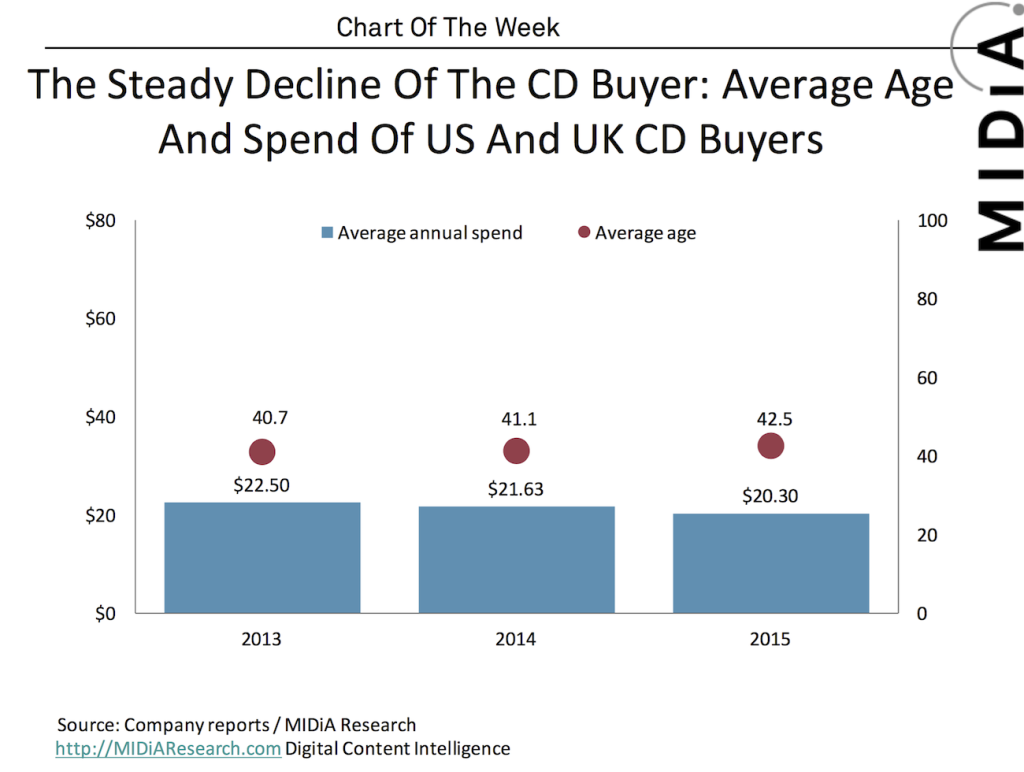 As much as we may be in the era of streaming, nearly half of recorded music revenue globally is still derived from physical sales, with the CD making up the vast majority of that. So, for all the understandable focus on how YouTube, Spotify, Soundcloud & co are shaping the future of the music business, the humble CD buyer remains crucial. Take away the $4.5 billion of physical music revenue generated in 2015 and most record labels of scale, majors included, would go belly up. And yet the CD buying consumer has become almost an industry afterthought, a consumer segment that is being left to wither on the vine. In the US and UK alone, physical spending has declined by 17% since 2013, wiping out half a billion of consumer spend. While streaming is replacing some of that, net retail revenue still fell over the period. What’s more, most CD buyers are not about to become subscribers. Their average annual spend is just $20.30 which translates to $1.69, far short of $9.99 a month. These music consumers are not suddenly going to up their monthly spend by 80%+, indeed most do not spend monthly at all but instead buy on impulse or when their favourite artists have an album out.

CD Buyers Are A Distinct Group

As every year passes CD buyers become an increasingly different profile of consumer compared to subscribers. They are about ten years older and nearly half are female while subscribers are majority male. They are older, more mainstream consumers and more than half don’t even use any streaming at all (free or paid). As each year goes by they get older, fewer in number and they spend less. As the chart illustrates, the CD buyer decline is a gradual but steady decline. So the revenue is not going to disappear overnight, but it is revenue that is disappearing because there isn’t a natural transition path to paid streaming for them.

The usual pattern of decline for legacy technologies is an initially sharp decline (which we’ve had) followed by a steady decline (which is where we’re at). What eventually comes next is a sudden collapse when channels no longer support the format. For example, retailers stop selling black and white TVs, or voice only phones or analogue TVs. The music industry needs to decide whether it can stomach that crisis point some time in the future, or whether instead it is going to invest in migrating as much of this base as it can. And before you think it too big an ask, this is exactly what Netflix did. It built the foundations for transitioning from being a DVD mail rental business into the leading streaming video subscription service by digitising the relationship it had with its customers. It is time for the record labels and their retail partners to start following Netflix’s lead.

We will be exploring these trends in much more detail in a forthcoming MIDiA Research report. If you are interested in learning how to become a MIDiA subscriber so that you can get access to this report and many, many more, email us at info@midiaresearch.com