MIDiA Chart Of The Week: How Music Measures Up Against Video 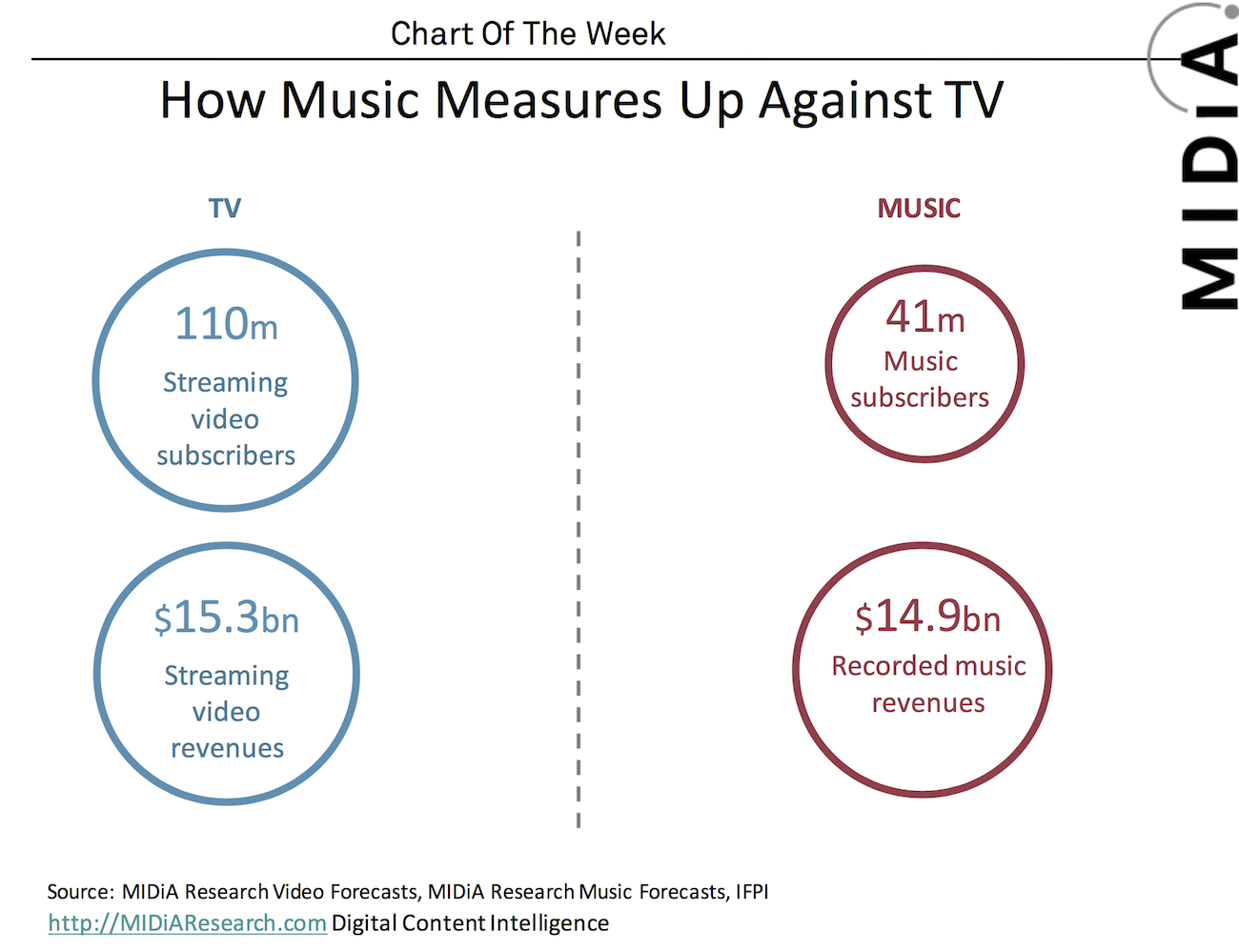 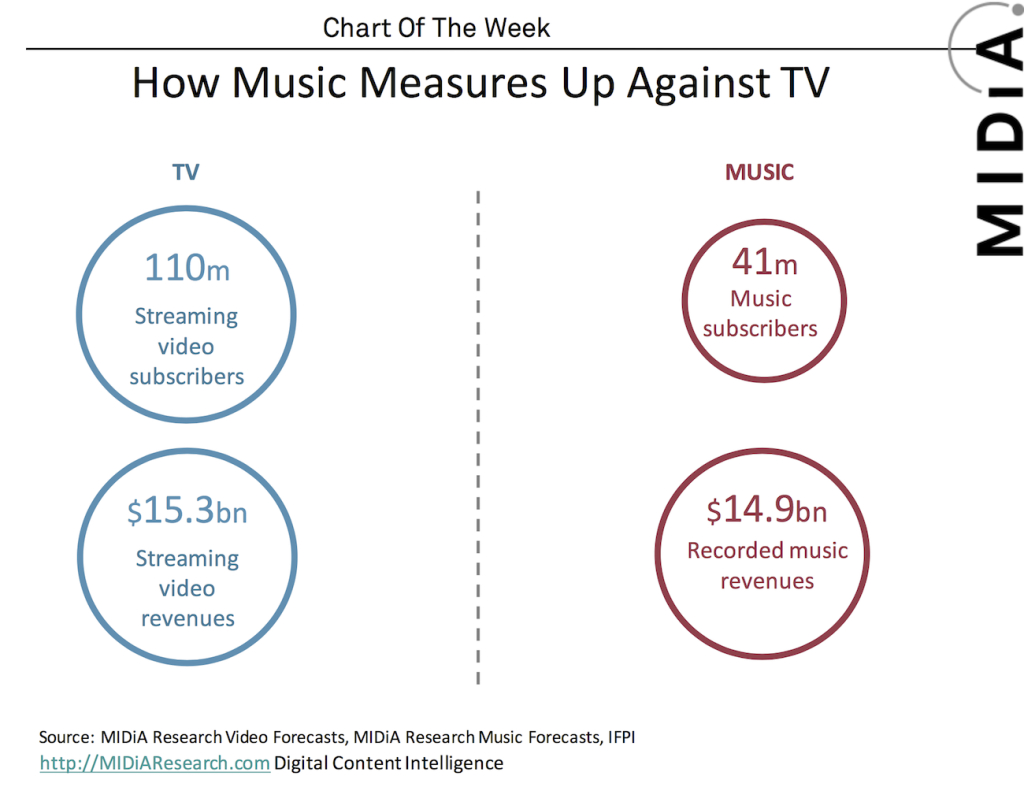 The music industry has long been viewed as a canary in the mine for how media industries transition into the digital era.  In many respects that role has now been outlived.  Book publishers quickly realised that after a few short years they had moved beyond where the labels had got to in 10.  Meanwhile games publishers (mobile, console and PC) have learned how to monetize their super fans in a way the music industry could only dream of.  But it is the video sector that provides the most stark contrast.

The TV business is of course a vastly bigger one than music but it is, in years spent terms at least, at far earlier stage of its streaming subscription transition.  And yet already there are more than twice as many online video subscribers as there are music subscribers and the nascent online video subscription market is already bigger than the entire recorded music business.

Even discounting the relative scales of each business, the comparisons illustrate the contrast between what can be achieved with a niche product aimed at largely male, high spending super fans (music) and the reach a lower priced, more broadly targeted product can do (even with the hindrance of limited catalogues).