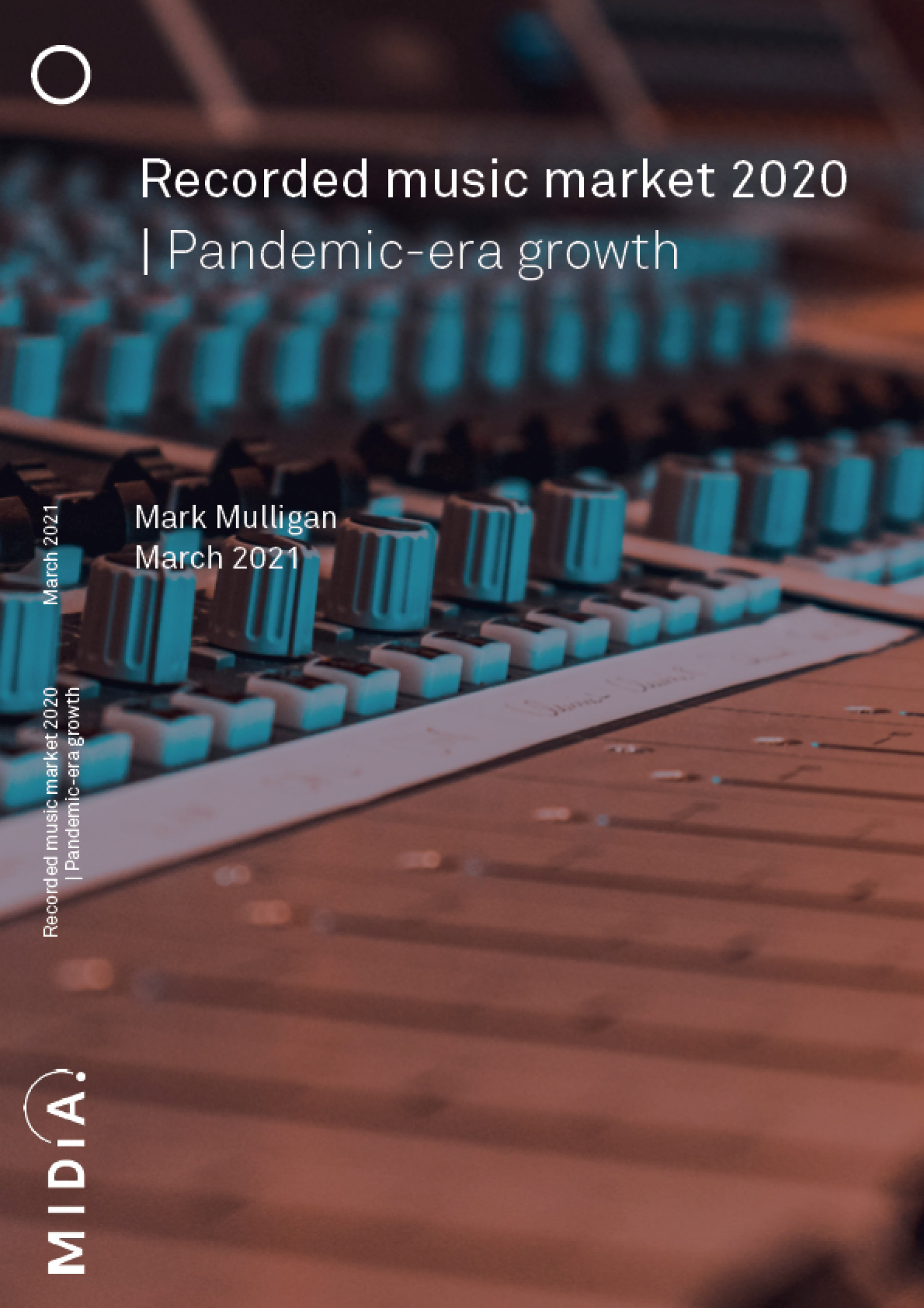 Last week MIDiA reported that recorded music revenues grew by 7% in 2020. Today the IFPI confirmed that figure, reporting 7.4% growth. (Similarly, the IFPI reported 19.9% growth for streaming, MIDiA had 19.6%). Given that the majors’ total revenues collectively grew by just 5.5% in 2020, this means that even by the IFPI’s reporting the majors lost market share, driven largely by the continued rapid growth of the ‘artists direct’ segment and also the similarly stellar growth of smaller, newer independent labels. Whichever measure you use, the recorded music market is transforming at pace.

There was one big difference between the IFPI and MIDiA figures. MIDiA’s figure for 2020 is $23.1 billion while the IFPI’s estimate is $21.6 billion. The gap between the IFPI’s and MIDiA’s figures is steadily widening each year, in large part because of the way in which the market is changing. The traditional market, which is of course the easiest to measure, is being out accelerated by an increasingly diverse mix of non-traditional revenue streams. MIDiA has spent the last few years putting considerable resources into measuring these emerging sectors. These include the music production library sector, of which the revenues do not flow through any of the channels that traditional music industry trade associations track. You have to go direct to company financials, ad agencies and sync companies to collect this data, which MIDiA spent a lot of months doing. The recordings side of that sector alone was worth the best part of half a billion in 2020.

The long tail of independents is the other key area of variance, which is why MIDiA fielded a survey of independent labels to capture the revenue of independents of all ages, regions and revenue sources. This gave us an unrivalled view of just how much the independent sector was growing and its contribution to global revenues.

The key takeaway from all of this is: change. The industry is changing and in turn it is becoming more difficult to measure. There is also a host of additional challenges to how anyone measures the market in the future. For example, Bandcamp did $100 million of merch and live streaming revenue in 2020 and even though total Bandcamp revenues went up, recorded music income growth ground to a near halt. It turns out that aficionado indie kids only have so much disposable ‘fandom’ spending. As more platforms aim to monetise fandom, whether that be subscriptions on Twitch or NFTs, more music consumer spending will shift from traditional recorded music to derivative formats. The old distinction between merch and recorded may become counter-productive when trying to size the music business.

by Mark Mulligan
14 Dec 2020
MIDiA Research is conducting a major study of independent label revenue in order to create a definitive review of the independent sector’s contribution to the global music market. MIDiA conducted this...

by Mark Mulligan
18 Feb 2021
With 2020 now comfortably behind us and public companies in their earnings cycle, a clear picture is starting to emerge of how the global recorded music market performed. MIDiA is midway through fielding...
No thanks