How Telcos Could Become Gatekeepers Of Mobile Advertising 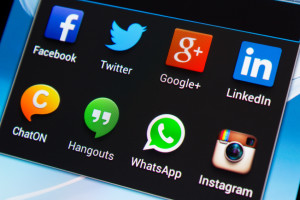 This is a key immediate implication as well as the reason why this strategy could spread like wildfire across telcos. Data by Shine shows that an average 5 minute gaming app session will use up 5 megabytes with ads, but only 50 kilobytes with blocked ads. This is a big opportunity for telcos to improve customer experience, an issue many of telcos struggle with. Blocking ads will save consumers two things they value so highly: time and money. The loading time will make up for a better browsing and in-app experience and the data usage decrease will mean fewer bill-shocked consumers, who will find it increasingly more possible to stay within their tariff limits. This is an impactful differentiator in a telco offering. Significant enough to force other telcos to jump on board, if they want to stay competitive.

Establishing leverage in the app economy and mobile advertising

Establishing such sense of influence in the app economy will leave ad dependent app publishers largely at the mercy of telcos. For example, if network-wide adblocking spreads, telcos could amass enough influence to convince developers to make apps according to their ‘guidelines’ i.e. with a mobile network customer first in mind. Developing apps for ‘network users’ as opposed to ‘smartphone users’ will serve as an additional differentiator in telcos’ offering to consumers.

There are ways for telcos to monetize ad blocking

Network-wide adblocking offers an array of monetisation opportunities for telcos. These include getting paid by large enough companies to get whitelisted, charge consumers for extra features or usability itself, or selling user data to brands, who won’t be able to obtain it from blocked mobile ad sellers anymore.

Furthermore, if telcos control a significant mobile ad traffic share, combined with detailed user behaviour data, they will be well positioned to become ad networks on steroids. Advertisers may be better off booking ad space through telcos than individual app publishers or even some current ad networks. Leveraging telcos’ user data and user base will allow for deployment of cross-app campaigns more effectively. Not necessarilly in terms of number of reached users, but rather in terms of how deeply can they engage the user – an ad-controlling telco can reach out across all apps and browsers all day. For example, Facebook can only engage users with ads, when it is being used. In other words telcos can target consumers in a larger variety of circumstances and emotional states (calling, texting, listening to music, playing games, social networking etc ).

Blocking advertisement across entire operator networks will cut off lifeblood from a substantial part of the app economy. Revenue from free users accounts for 23% of the global app revenue and is forecasted to reach 34% by 2020 (check out our mobile app economy forecasts for more on these numbers). The only remaining choice for ad supported revenue models will be deploying paid content strategies. However, paid content remains a niche area, with 73% of all app users not spending any money on or in apps. Conversion to payment will become even more difficult of a task without ad supported/free trials. In other words, if mobile advertising is blocked at scale, the dynamics of app economy as we know them today will not survive.

Will telcos become an integral part of the mobile advertising world? If they can’t, they lose nothing. If they can, they gain significantly. Despite ads not being their core business, the attractive positioning opportunity might be too tempting for telcos to pass on at least an attempt.