How an Economic Downturn Could Reshape Digital Media 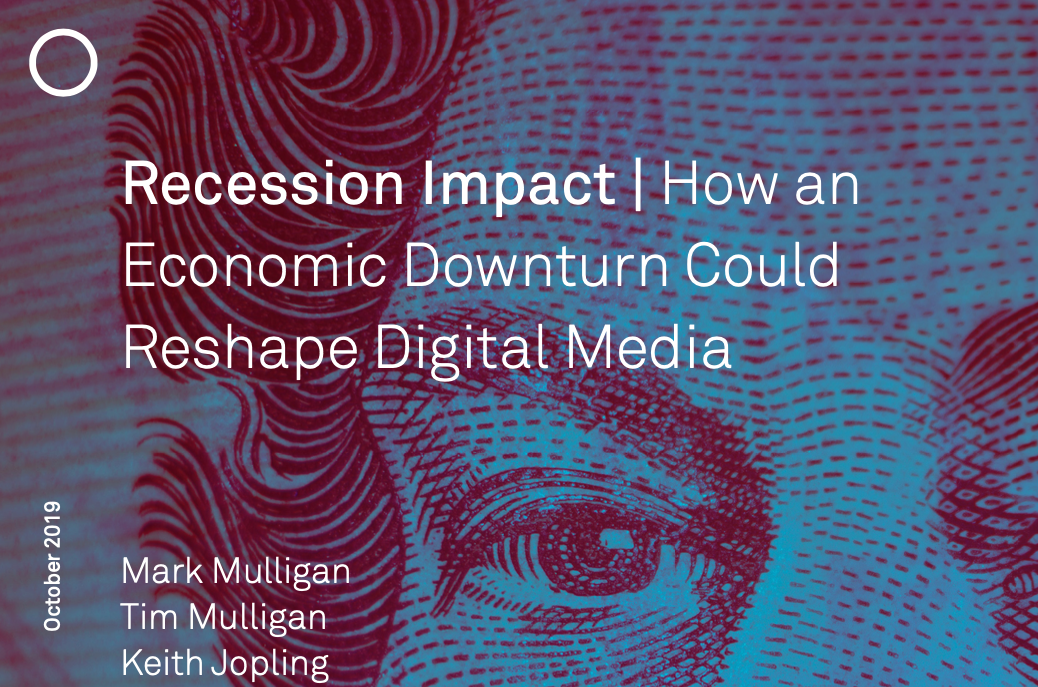 Ten years on from the credit crunch, the global economy could be poised to enter another recession. Many of the underlying causes of the credit crunch remain in place, due to governments lacking appetite for structural reform of the faults in the global financial system that catalysed the slowdown. Many of those unchecked factors remain, and with growing volatility in geopolitics a perfect storm could be brewing. A succession of potential unintended consequences could reshape a digital economy that has grown rapidly in an era of abundance and easy access to capital.

During a recession, consumers reduce their spending on non-essentials. Media falls squarely into that category, but digital media is particularly vulnerable for three key reasons:

Previous economic downturns and market adjustments have seen winners and losers. Often this has as much to do with financial backing and strategic nous as with the quality of the product sets of the companies. Content budgets will likely contract to match the realities of the market, but those companies brave enough to make long-term bets could be the long-term winners. The labels still willing to invest strongly in new artists and artist marketing campaigns will likely have more impact in a less cluttered market suffering from under-investment. Similarly, TV, movie and games studios that are willing to continue to invest strongly in commissioning will see their content stand out from the rest. More than that, given the long production cycles of content, they will have the strongest rosters of content going into market when consumer spending power recovers. More conservative competitors will be playing catch up, waiting a year or more for their new investments to make it to market.

These findings are taken from the first report in MIDiA’s Recession Impact research series:

Recession Impact: How an Economic Downturn Could Reshape Digital Media

For a strictly limited period you can download this report for free on the MIDiA report store here. This offer ends on Friday 20th December, at which point the report will revert to its original price.