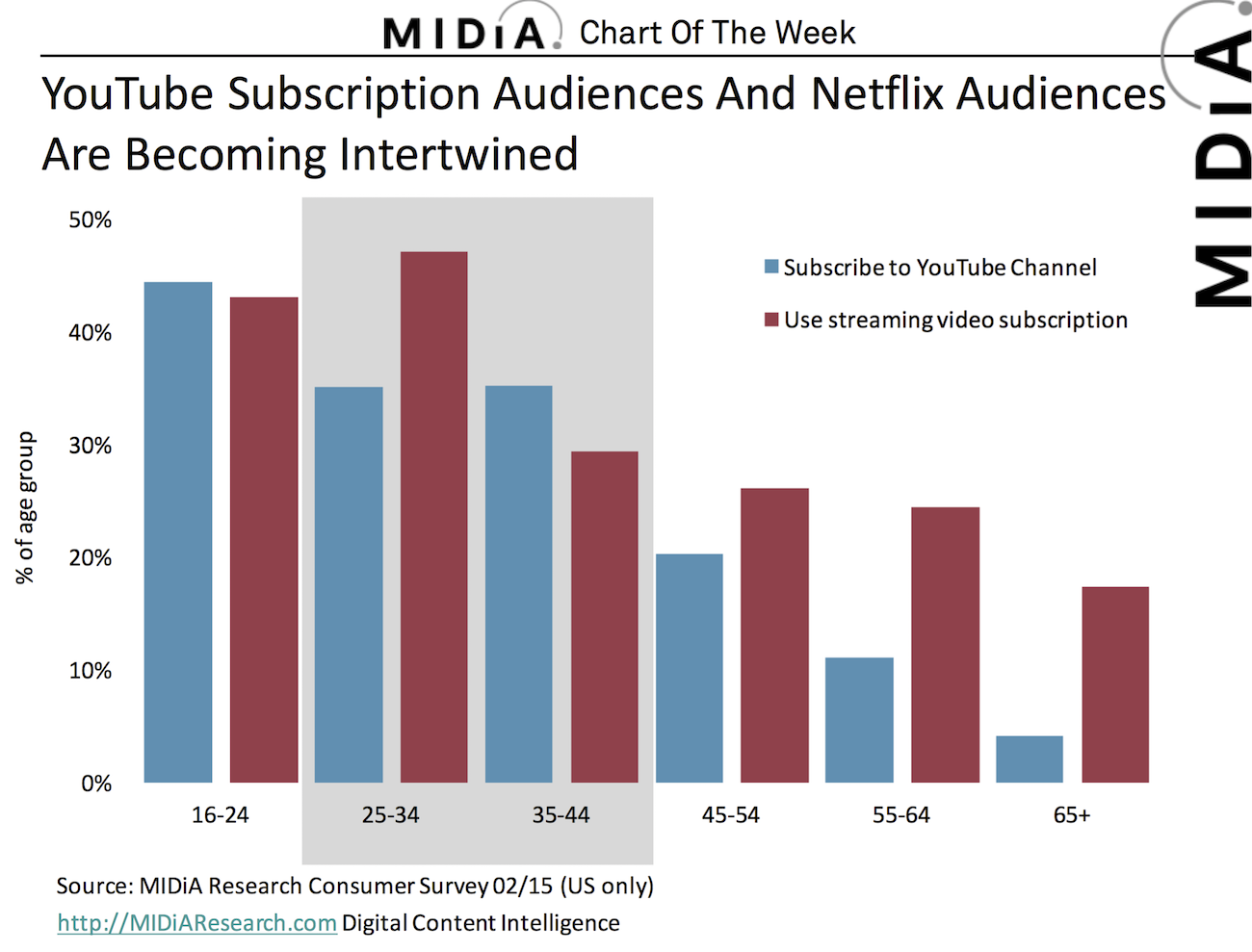 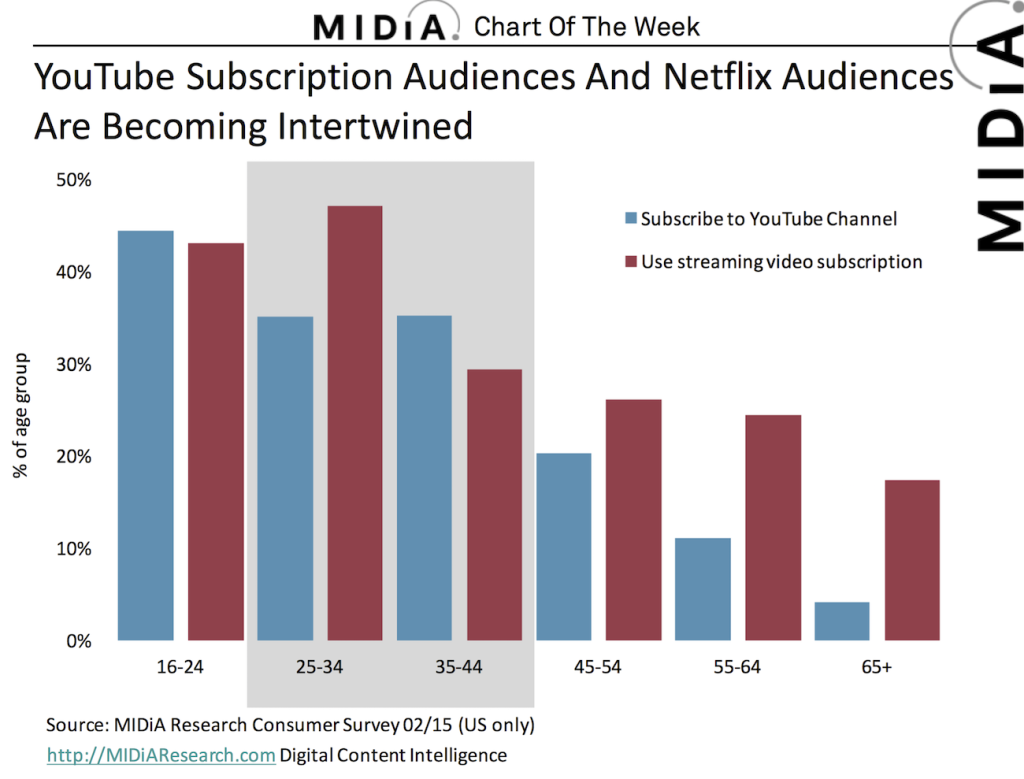 Slowly but surely the traditional media industries are waking up to the importance of YouTubers but those taking note most quickly are the subscription video companies, Netflix in particular. As recently illustrated by its commissioning of ‘Haters Back Off’ from YouTuber Colleen Balling-Evans’ alter-ego Miranda Sings – who incidentally has 6 million subscribers on YouTube, nearly 10% of Netflix’s entire subscriber base. Netflix also tapped YouTube pop star Megan Nicole (3.4 million subscribers) to star in forthcoming animated kids’ series ‘Popples’.

So why is Netflix busy co-opting YouTubers? Because YouTube is parking its tanks on Netflix’s lawn with the launch of its premium subscription YouTube Red. YouTube launched the first wave of shows last month and also announced the next cohort. These originals range from series such as ‘Scare PewDiePie’ (42 million subscribers) through to ‘A Trip To Unicorn Island’ by iiSuper Womanii (5.1 million subscribers).

In 2015 companies as diverse as Microsoft and Vimeo got into the original content business but YouTube has the most disruptive potential. Although Generation Edge (i.e. Milennials aged 16 or under) the heartland of YouTuber audiences they also overlap strongly with the core Netflix audience as the chart above shows. The Cord Nevers (i.e. those consumers that never had a traditional pay-TV subscription) are going to be the next core growth sector for Netflix and other video subscription services. What worries Netflix is that YouTube is going after them too, and with the added advantages of a far bigger customer acquisition funnel (1 billion monthly users) and the globe’s largest community of content creators to tap.

Netflix and YouTube will clash swords, and YouTube will poach some Netflix subscribers, but first and foremost it will create and entirely new segment for premium video that will sit alongside Netflix and co. In fact Netflix need worry less about YouTube stealing its audience than YouTube should fear Netflix poaching its best talent.