English Premiership Rugby gets set for a digital shake-up 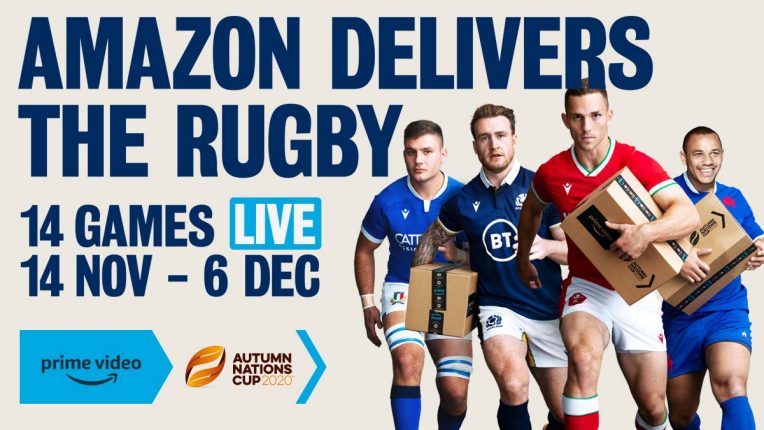 2020 has been a trying time for rugby, with Premiership clubs forced to take drastic measures to mitigate the impact of COVID-19, imposing wage cuts of up to 25% on players. The fear that the economic model of rugby has broken was highlighted in April, when the New Zealand Rugby announced its NZD$7.4 million ($4.5 million) loss for a World Cup year in 2019, forecasting a ‘70% decline in revenue’ on account of the pandemic. A review is coming, and given Premiership Rugby’s £44.4 million loss for 2019 (attributed largely to unsustainable wage bills for test-match quality imports), changing the outdated broadcast strategy could usher in a new era for the sport.

MIDiA first proposed Amazon as a viable partner for Premiership Rugby to consider back in May this year, following rumours that BT and Sky had balked at the asking price. This proposed ‘miss pass’ to Amazon came from Amazon’s existing rugby content, with its exclusive All or Nothing: New Zealand All Blacks series, coupled with UK rugby viewers in Q1 2020 being over four times as likely to pay for a Prime Video subscription over current rights owner BT Sport (source: MIDiA Research). Over a third of UK rugby fans in Q4 2020 subscribe to Prime Video, over three times as many that pay for BT highlighting the logic in a potential partnership (source: MIDiA Research). This also supports Premiership Rugby’s decision to reject BT Sport’s £40 million-a-year bid on Tuesday.

After its initial foray into rugby, Amazon is looking to position itself as the digital rugby hub in the UK, with the Six Nations another appealing set of rights still on the table. Following the Six Nations’ 64% decline in title sponsorship revenue in October 2018, the rights holder will of course entertain new entrants in the tender process, hoping to mitigate this lost revenue by driving an increase in broadcast revenue via higher competition. This includes the rights holders’ consideration of putting matches behind the paywall with Sky, in a proposed £300 ($384) million deal. The RFU’s chief executive Bill Sweeney supports Amazon’s potential involvement, with free-to-air (FTA) broadcasters ITV and BBC’s ownership of the rights expiring in 2022, as Amazon could offer a hybrid mix of terrestrial and paywalled coverage. Adding another premium domestic right alongside its December English Premier League and US Thursday Night Football (TNF) NFL rights package would highlight to further rights holders Amazon’s intention to establish a serious foothold in the sporting landscape.

The pandemic-enforced postponement of live sports has expedited the need for rights holders to build out digital engagement. Up until now, Premiership Rugby’s pay-walling of content has alienated the younger demographic, more likely to consume non-live sporting formats than watch live sports on TV. Adhering to the digital transformation of consumers’ consumption habits is a sensible step towards securing financial and long-term sustainability.

Following CVC Capital Partners’ 2018 acquisition for a 27% (£200 ($251) million) equity stake in Premiership Rugby, there was a fear that granting equity firms a seat at the table would result in leagues adopting revenue-over-reach strategies, to the  detriment of loyal fans. With Premiership Rugby’s snub to BT Sport, a new approach in the fan’s favour may be coming. CVC’s lofty ambition of becoming the ‘biggest commercial player’ in the union code, is looking more likely following its July acquisition of a 14.5% stake in the Six Nations, two months after it finalised its 28% stake investment of £120 ($149) million in the Guinness Pro14. With the equity firm looking to push through a ‘Club World Cup’ type competition with national governing bodies, CVC’s involvement could lead to more lucrative and diverse broadcast and commercial deals, with ‘D-day’ for sporting rights now only a few weeks away.

by Alistair Taylor
12 Nov 2020
WWE’s Q3 2020 results provide a fascinating insight into how a live event-focused entertainment business has successfully navigated a global pandemic. In its financials for the quarter , WWE saw a 19%...

by Alistair Taylor
15 Oct 2020
English Premier League (EPL) clubs have agreed an ‘interim solution’ to allow fans to continue watching their teams live. EPL fixtures not selected for broadcast in October will be available to fans...
No thanks