Chart Of The Week. Playlists 1, Albums 0 – How Streaming Is Changing Music Listening 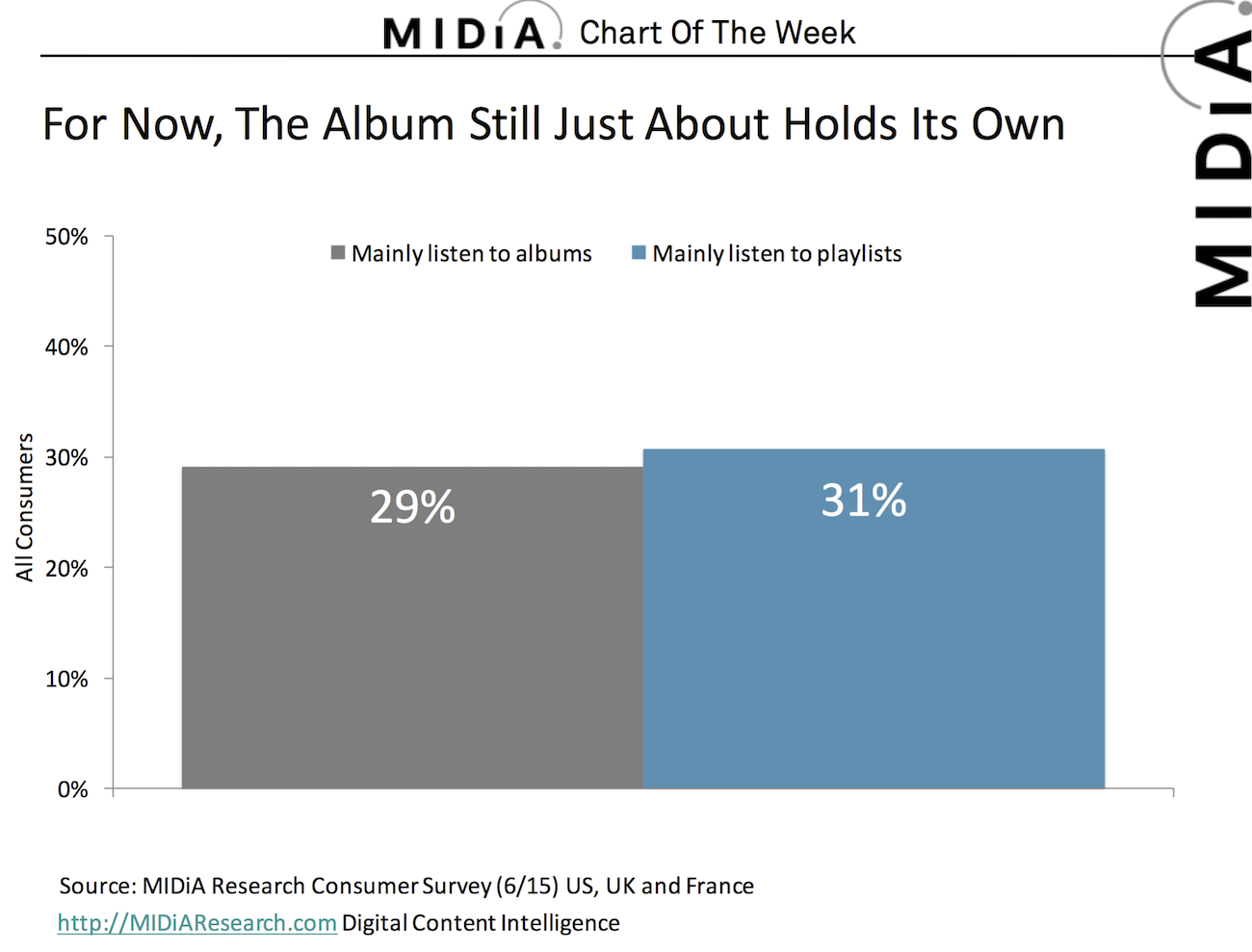 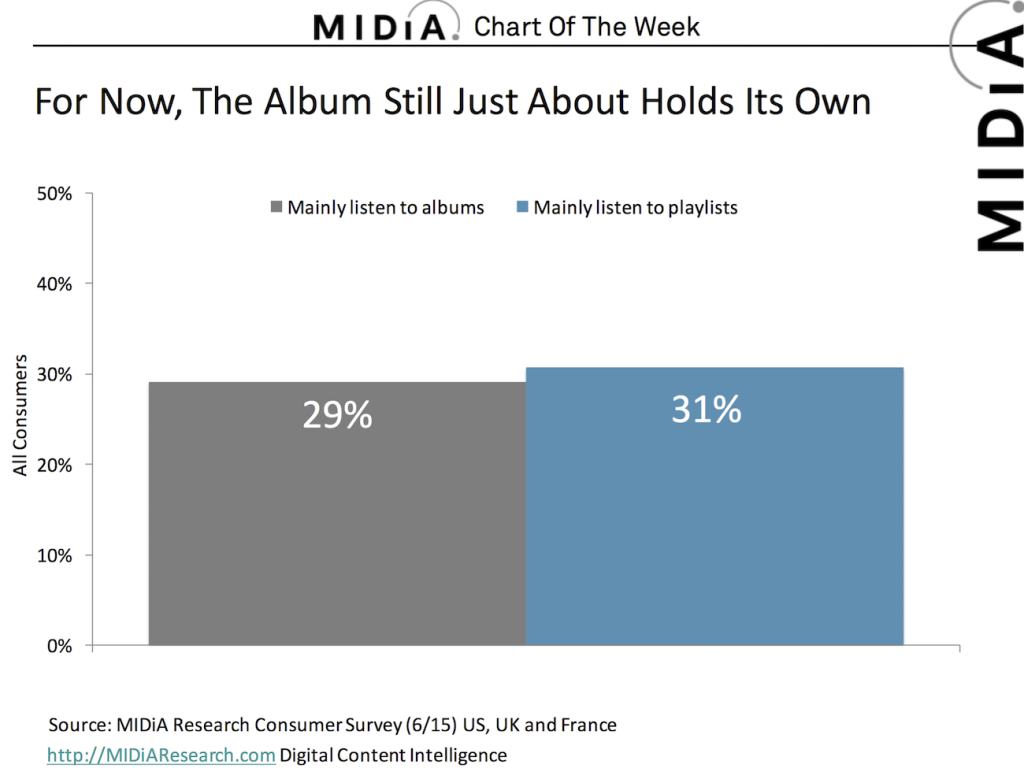 The album has been under assault ever since Napster first gave consumers the ability cherry pick their favourite tracks and leave the filler behind. Apple formalised the process with the iTunes Store and in recent years streaming has hammered the nail in the coffin by supercharging the consumption shift towards playlists.

Looking at behaviours across all consumers at first glance it appears that albums are holding their own against all this disruption. 31% consumers mainly listen to playlists, 29% mainly listen to albums. Not too shabby. However streaming is still a minority activity and so these figures are diluted by the more traditional behaviours of CD buyers and music downloaders.

Music subscribers however are firmly on the transition path, with 68% mainly listening to playlists while for free streamers the rate is 45% (compared to 31% for albums).

The album is not dead, certainly not as a creative construct, but as consumption method it is losing traction among some of the most engaged music fans. Labels and artists alike need to think about how they can make the most of the new realities of music consumption rather than deny the realities of the brave new world of streaming.

Mark Mulligan
22 Mar 2016
We asked consumers whether they mainly listen to playlists or albums. Thus these numbers are guides as to how people think about their music consumption rather than a precise measure of track plays. Your point about albums in playlists is a very good one and this would undoubtedly muddy headline numbers from streaming services themselves. But in this respect a consumer measure, asking people about how they think about their consumption, is actually likely to be a better measure. If people listen to albums saved as playlists they are still likely to consider that as album listening. If you have any further questions please feel free to email us at info AT midiaresearch DOT COM
till
21 Mar 2016
What are those numbers based on exactly? I for instance listen to a lot of albums, but all of them are listed, one after another, in playlists.
No thanks