Chart Of The Week: Online Video Subscriber Penetration By Age 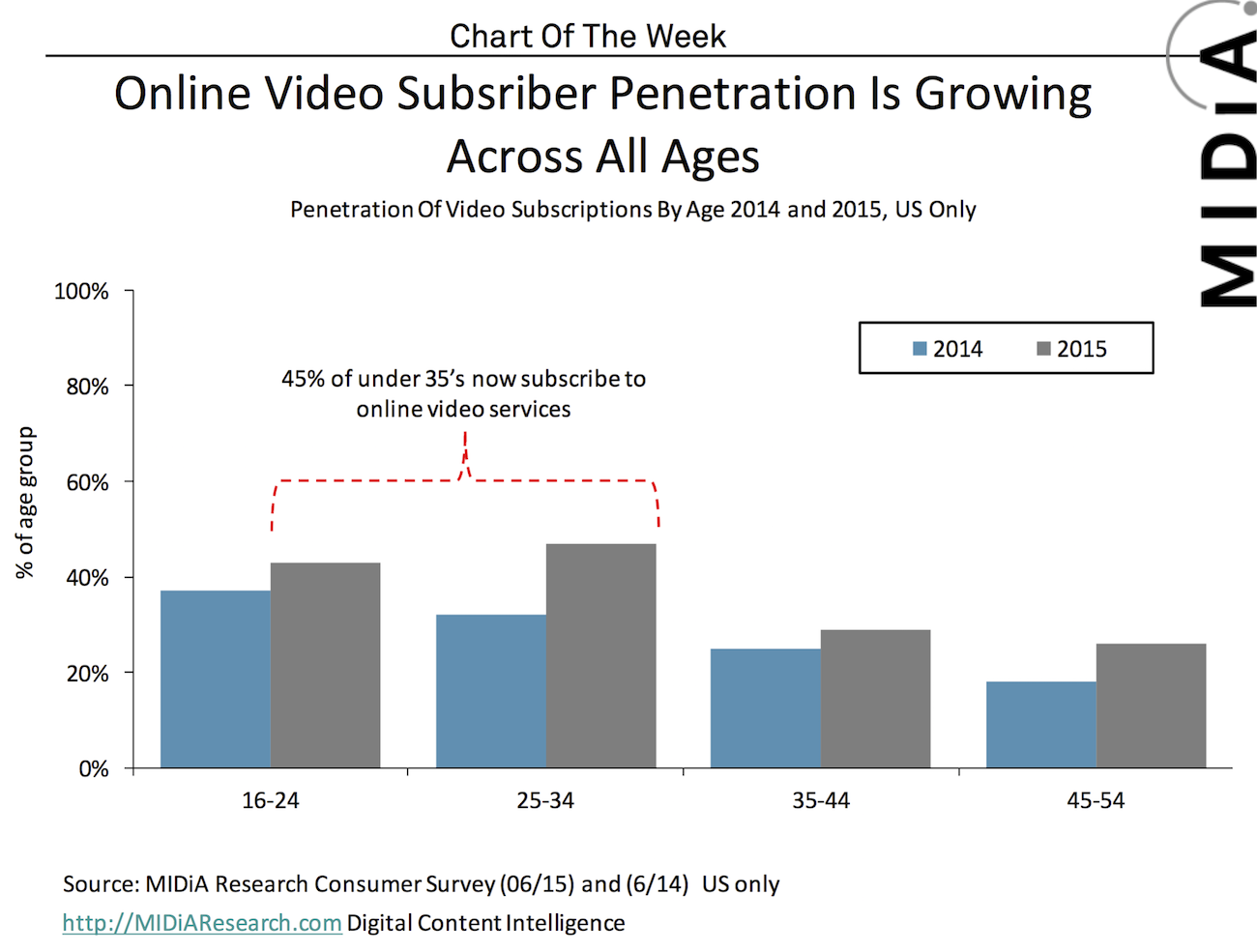 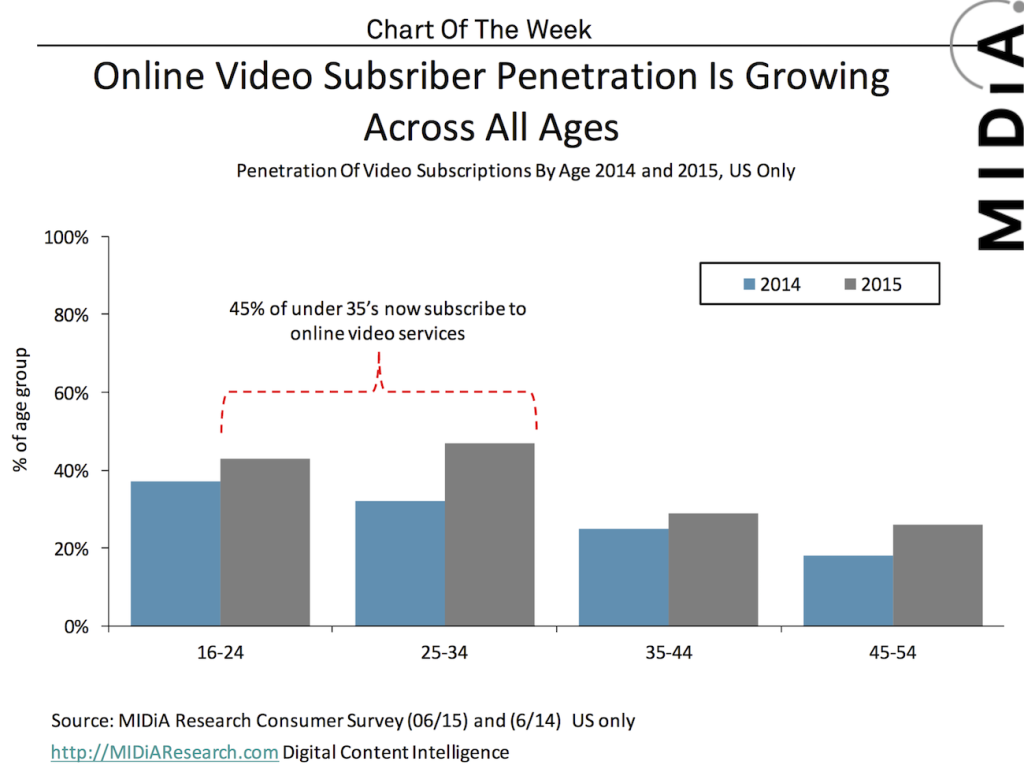 Streaming video subscriptions are now firmly established as a key component of the pay-TV landscape and look set to be an even bigger part of its future. With Netflix leading the way, SVOD is gaining ground fast. While still a minority activity it increased from 24% of US consumers to 31% in just 12 months:

Thus even though cord cutting may be slowing for some operators it reveals the direction of travel: incumbents are slowing, insurgents are growing.  Operators and networks alike know that they must up their streaming game in order to compete.  However, each set of stakeholders have their own end games in mind which means they are not collectively always able to put their best streaming foot forward.  Much to the delight of Netflix, Amazon and Hulu.