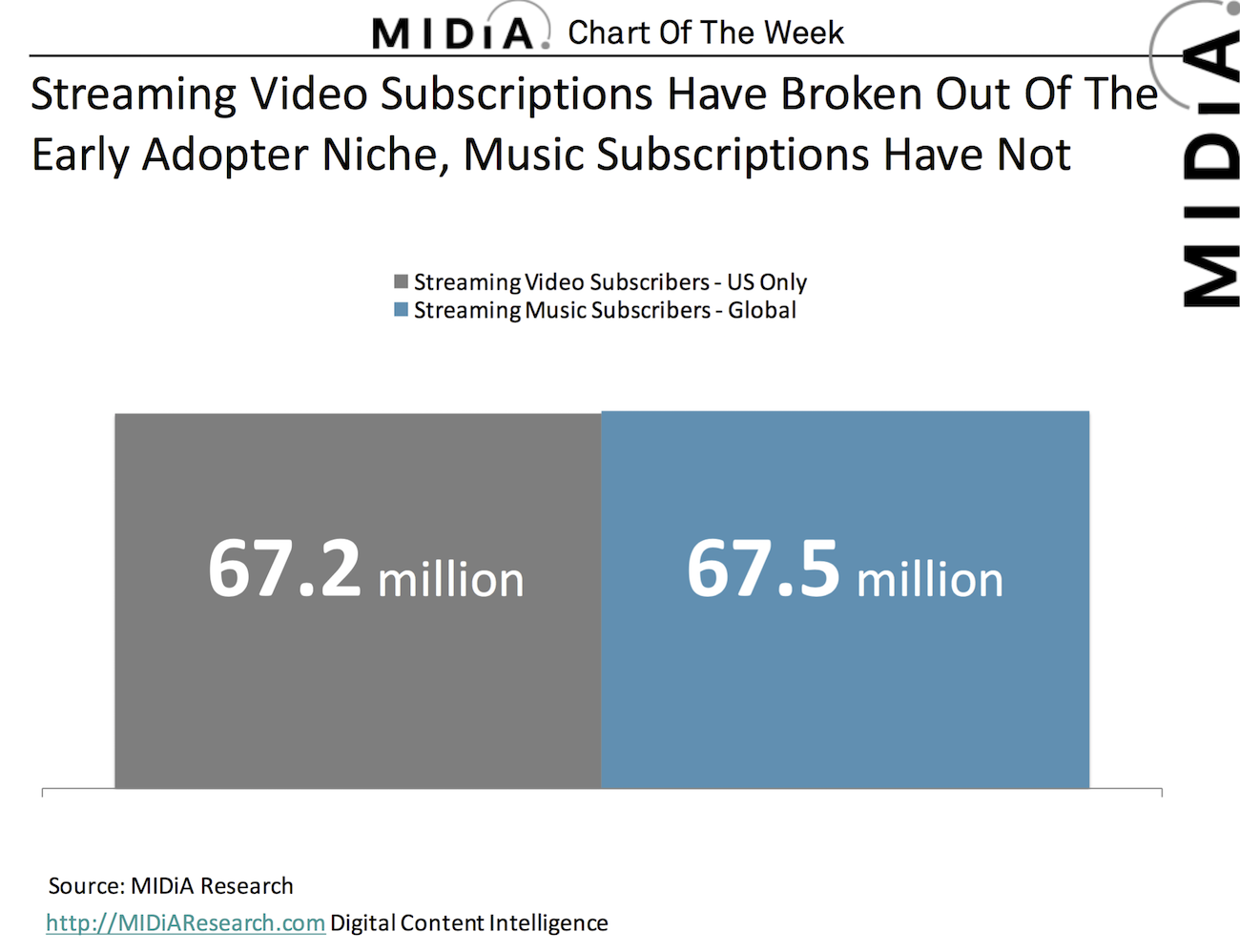 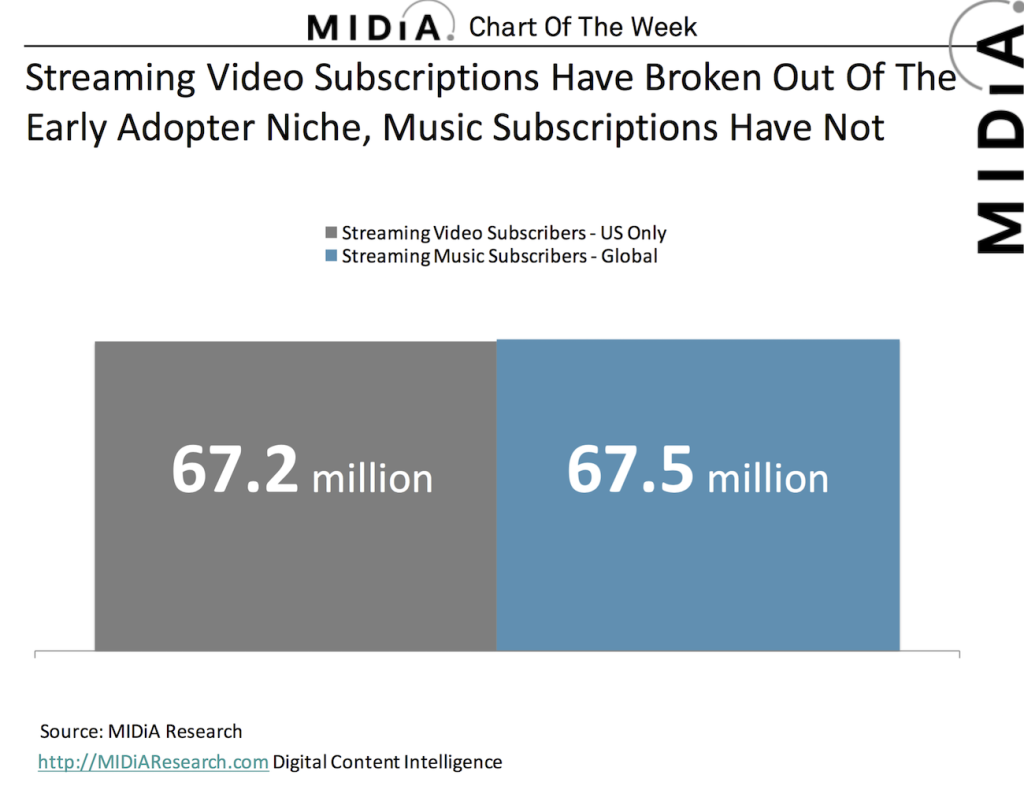 Streaming Music: Virtually all of the same 30 million songs are available everywhere

Streaming Music: 3 labels account for the majority of rights

Streaming Music: Subscribers are predominately male and under 45

2016 will be another big year for streaming music, relative to where it was in 2015, but it will be a massively under achieving one compared to how streaming video will perform. It is perhaps unfair to make direct comparisons, as paying for TV is a far more mainstream activity than music. Nonetheless, the fact streaming video has achieved so much in such short a period of time speaks volumes about how a competitive and open marketplace can prosper.

by Tatiana Cirisano
6 Dec 2022
No thanks