Can BT Lay the Smackdown on Its Rivals? 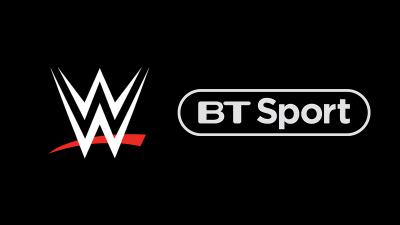 This Saturday at 1am GMT BT will debut its live broadcast for WWE Smackdown, having acquired the exclusive rights from long-term UK broadcaster Sky in June 2019. This signalled the end of Sky’s tenure as the home of WWE content, which first began broadcasting wrestling coverage to fans back in the 1980s with WWF.

BT is diversifying its value proposition, having claimed to be the ‘natural home of football’ in 2013 only to lose a premium asset in Serie A rights to then-streaming-insurgent Eleven Sports in 2018. BT did however retain its prized possession in exclusive UEFA Champions League Rights, in November of 2019 for $1.5 billion (£1.2 billion), for the 2021-2024 competitions. As well as being the home of Gallagher Premiership Rugby until 2021, and of course owning several exclusive English Premier League (EPL) packages (A and G), adding a mainstream entertainment product in the WWE alongside UFC has enabled BT to build out an enticing proposition to sports and wider entertainment fans, expanding its reach and appeal.

Last month BT launched its BT Sport pass at £25 ($33) per month, removing the need for lengthy contract terms and competing with Now TV’s pass for Sky Sports. Although this flexible contract aligns better with today’s consumers, it’s a steep price for a sport-centric offering at a time when consumers are specialising with how many services they subscribe to. Competition for consumer attention and dollars is at an all-time high, and Eleven Sports’ UK challenges have highlighted the difficulty of justifying an additional £5.99 ($8) monthly outgoing for sporting rights – let alone four times that. Although BT owns a far more appealing set of sports than Eleven with its premium domestic rights, sports as a genre only ranks sixth in terms of content consumption (source: MIDiA Research), increasing the difficulty of justifying this additional spend.

BT is looking to grow its subscriber base from having the equivalent of 17% of Sky’s current subscriber numbers, and increasing its proposition’s appeal will aid this endeavour. In Q4 2019, only 4% of BT TV subscribers watched wrestling (source: MIDiA Research), compared to 11% of Sky subscribers, which is unsurprising due to where the rights were held. Wrestling has a monthly active viewing audience of 6% in the UK; albeit limited somewhat by paywalls, this is still a sizeable and largely unaddressed audience which BT hopes to attract. Although BT has a clear strategic imperative to drive up its subscriber numbers from this deal, for WWE the strategic value of the partnership is mixed. With 64% of wrestling viewers in the UK aged between 35-44, partnering with BT provides a new distribution channel to its core demographic audience, but inevitably sacrifices WWE’s ability to target the younger digital-native audiences which do not currently hold BT Sports subscriptions. UK wrestling viewers are 12 percentage points more likely to have a video-on-demand service subscription than pay-TV, which also raises the question of why the WWE would partner exclusively with a traditional pay-TV operator that offers a smaller audience than its previous partner. However, in its defence WWE may have realised that wrestling viewers over-index for specific sports engagement currently offered by BT Sports, so deploying its wrestling content onto that platform may entice the fans to follow suit and stay engaged. 68% of wrestling viewers watch EPL, 51% watch UCL and 22% watch MMA compared to the UK consumer average of 37%, 27% and 5% respectively (source: MIDiA Research).

TLC (Revenue) or Hell in the Cell (Reach)?

WWE’s own direct-to-consumer proposition is currently losing subscribers, down 9% year-on-year (YoY) to 1.47 million, and revenue generation through its Q3 2019 Network Media Segment (which includes pay-per-view) declined 11% YoY, which helps to explain why WWE is choosing a short-term revenue play. This is evident in its 10% YoY increase in core content rights fees. WWE has partnered with a proven pay-TV broadcaster to prioritise short-term revenue optimisation over long-term strategic growth through future-proofing its fanbase with a potentially unproven digital entity. With a whole host of WWE programs scheduled, WWE fans will certainly get their fix of entertainment on BT, with Raw set to debut also on Monday 6th January. The long-term strategic implications for WWE, however, are far less certain.