Burning out and fading away: the exhausting job of marketing new music 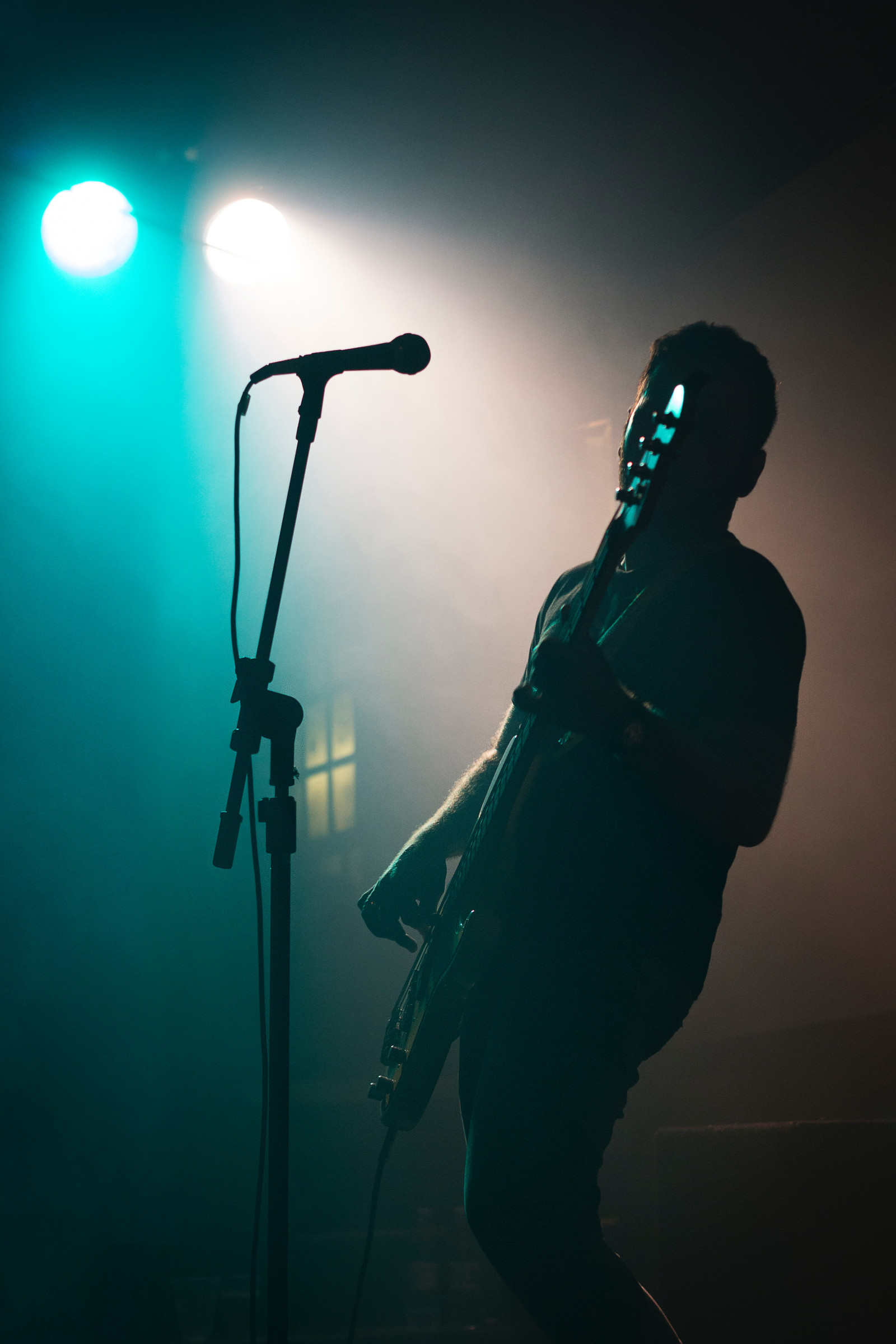 The recent protests by music artists about the pressures of keeping up a constant presence on social media are disconcerting in an age when many artists are struggling with mental health issues and wellbeing. In recent weeks, Halsey, Self Esteem and others have made public statements about their concerns over the prominent role that TikTok plays in getting their music to audiences. While TikTok has been the catalyst here, the wider issue is the breadth of social media that every artist is expected to cover. The essence of the problem is captured rather well by a recent quote from Chart Metric’s Chaz Jenkins:

“For an artist today, it’s better to have a modest but constantly engaged audience with you everywhere, rather than having one huge audience on one specific platform.”

The situation has developed into a crisis of sorts, and now the Music Managers Forum has released 'The MMF Digital Burnout Report', which is based on a series of roundtable discussions with music managers and marketers on the subject. The MMF’s report states that:

"The sheer volume of release and content demands on artists can be overwhelmingly crippling, especially in an overcrowded marketplace. This is further complicated by the expectation that artists require a significant social following to even receive playlist and marketing support."

While there is no doubt that the rise of streaming, social media, and the ‘always on’, attention-seeking culture are underlying drivers of the problem, one major direct cause is the ‘route 1’ nature of music marketing, especially by major labels when it comes to priority artists. In the sense that label marketing is really ‘promotion’ in disguise, the current obsession with TikTok is nothing more than the latest in a series of ‘route 1’ obsessions.

Route 1 used to be getting a song on the radio. Whole album projects and life stages of an artist’s career would live or die on whether a radio playlist slot could be secured by their label. Until streaming came along, Radio’s role as a gatekeeper was both oppressive and severely limiting. Unfortunately, by the beginning of the 2000s, the demise of music press and television had reduced music’s marketing channels to just one. This is probably when route 1 thinking really took a hold on music marketing.

Once streaming got a head of steam, the route 1 obsession became playlists. Spotify’s playlist curators became so inundated with pitches that the market-leading streaming player introduced a form-filling system, a soul-destroying concept for music marketers. However, much to Spotify’s chagrin, playlists are yesterday’s game, with TikTok now truly dominating the route 1 mind space.

That is not to criticise individual marketing teams. There continues to be an impressive glut of campaigns that leverage artwork, artists’ personalities, novel ideas, and opportunistic tactics to impact on the various metrics that we can now measure instantaneously: social media engagement, views, and streams. Marketers are working under severe time pressure, often with modest or low budgets, compared with their counterparts in other industries. Their efforts are impressive and, frankly, exhausting. The problem is that these campaigns are constrained by a lack of direct marketing levers that can reach music fans more directly. Instead, they fight a constant battle to influence gatekeepers, trigger algorithms, or persuade influencers to post something that might go viral on the artist’s behalf.

The ‘route 1’ mindset has been a bugbear for many frustrated artists since. Fed up with his label’s insistence on a punishing ‘promo schedule’, the world’s most famous musician, Sir Paul McCartney, released his 2007 album, Memory Almost Full, through coffee chain Starbucks. Over a decade on, a pop artist on the other end of the fame spectrum, Jvanz, paid a playlist pusher a $2,000 fee to try and get a track into Spotify’s playlist ecosystem. Pretty desperate measures for a cash-strapped unsigned artist, the fact that playlist marketing opened up a secondary market in payola does not pay music industry marketers any compliments.

It is not just major labels. Indie artists are now subjected to the same requirement for virality, with Wet Leg and Arlo Parks recently thrust into the industry hype machine. Surely, it is the role of indie labels to be experts in the more subtle marketing that is required for artists who do not need, or are unlikely to have, a string of ‘hits’? It is the role of indies to work through niche music media (it still exists), cross-pollinate their rosters, and engage with tastemakers, bloggers and music enthusiasts. In today’s music industry culture, none of these activities produce results that are big enough or fast enough.

Just say no - better management of socials or seeking alternatives?

The MMF's report contains the right sentiment, but its suggested solutions for easing the pressures on artists and marketers largely miss the mark: planned social media breaks (impractical), more transparency from streaming services about their algorithms (unlikely), building a 15-25% 'social media management budget' into advances from labels (not addressing the root cause).

The report advises that managers must also learn to 'say no' and that there should be an understanding that not every artist feels comfortable on social media or in the role of an 'influencer'. This is true, but until effective alternative channels exist, deflecting efforts away from route 1 are futile. Besides, when the next big thing arrives, all attention will flock to that in similar fashion to the trends already discussed. In recent times, I have found industry events on marketing to be unimaginative accounts of viral marketing successes.

We are meant to be in an age of song management and artist branding, both requiring expertise in first principles of marketing – creativity and integrated marketing communications – joined-up campaigns that build an artist’s ‘brand equity’ and set them up for longevity. Instead, everybody keeps chasing the latest spike on a chart. No wonder many artists have expressed relief that they arrived on the music scene before the dominance of social media. George Ezra recently told Music Week: “I’m so fucking grateful I missed that – and I missed by a fucking smoking paper, it’s tiny.”

Of course, in recent times the job of marketing new releases has been made even harder by the glut of re-marketing music catalogues, something captured in Ted Gioia's comprehensive essay 'Is Old Music Killing New Music'. What is clear is that old music is racing headlong onto TikTok, Pink Floyd being the very latest legacy act to build a presence on the platform.

Artists are creatives and there is no doubt that they would be excited by more creative ideas in the marketing of their music. It was refreshing to see that Harry Styles’ first interview for new album ‘Harry’s House’ was done for Better Homes & Gardens. This represented a novel and clever use of media (after all, most Better Homes & Gardens readers probably have Harry Styles fans among their household). It is a small example, but the idea leveraged the album’s theme in a way that captured the imagination and freed Styles from the typical music marketing hamster wheel. I am sure Better Homes & Garden’s put a slightly different slant on things (whether they paid is another matter, but a more recent label tactic has been to charge the media for access to the artist – a tactic that has unpredictable results over the long term).

Artist marketing is not the easiest of tasks and, as the MMF report notes, it is not just the artists suffering from burnout, but their marketing teams also. With an endless stream of priority releases, most label marketers are on a treadmill of promotion that never ends and rarely leads to a satisfying end point for any artist before the next priority record comes along.

Not every artist can be Paulo Nutini or Adele, who can both afford to keep an old-fashioned air of mystery – disappearing off the scene before returning with number one albums and sold-out shows. The MMF report points out the challenges faced by self-releasing artists:

“With less of a support network behind them, these entrepreneurial artists can experience an overwhelming amount of work with digital choices and obligations leading to burnout”.

This is especially worrying. Not only are new artists expected to find budgets to plug playlists or build social media followings, but their obligation to focus on social content creation is enough to distract them from making their best music, without which they do not stand a chance of breaking through. When I recently asked one manager of a new artist what the breakthrough strategy was, their answer was “we are going to busk for a year or so”.

The solution is simple, that the music industry must use its bounty from the streaming era to invest in music media channels and help develop independent music-focused outlets from new media brands or radio aggregators to podcasters and influencers (Gimme Radio, DUMMY, So Young, She Shreds, Song Exploder, BBC Introducing, Getup Radio, etc.). It would give music marketers more direct access to audiences and artists more options to get on the radar without paying for playlists or busking for two years in the hope that someone notices. For a couple of decades now, music labels have entrenched themselves in a position of content producers and licensors, holding back from any significant investment in either product innovation or direct-to-consumer channels. They have lost out on vital data and connection to culture and left themselves too much in the hands of big tech players who have taken on the role of 'demand management'. What that does is create an insatiable appetite for content to fill the various formats that fill in scroll time and discovery wormholes. For creators, it is unmanageable and unsustainable.

by Richard Broadhurst
30 May 2022
Snap is the latest victim of the attention recession Snap is among the many companies suffering headwinds in the current macroeconomic environment. This past week, following a profit warning memo, sent...

by Tatiana Cirisano
26 May 2022
In a painfully-of-the-moment twist of irony, Halsey went viral on TikTok this week for speaking out about the pressure to do just that. “Basically I have a song that I love that I wanna release ASAP,...

by Karol Severin
26 May 2022
Though the roots of the multiplayer mode go back decades, online multiplayer games have been taking the world by storm in more recent years. Here is where things stand at the moment: 57% of gamers prefer...
No thanks