Big Brother Axed By Channel 5, But It Is Not All Bad News For Endemol 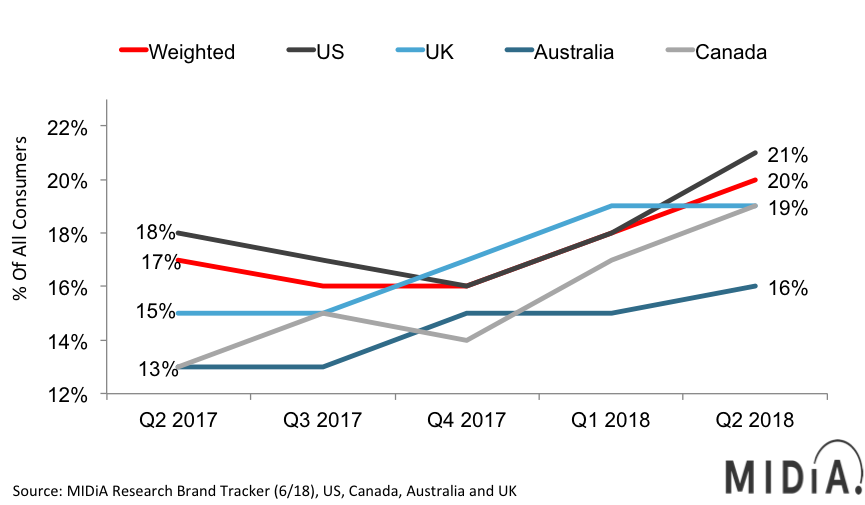 Dutch production house Endemol is no longer going to be making cult reality TV show Big Brother for Viacom’s UK terrestrial channel, Channel 5. It announced that it was “disappointed not to reach an agreement with Channel 5”, following Channel 5’s admission to the BBC that “the forthcoming series of Big Brother will be the last – of either celebrity or civilian versions ­– on Channel 5”. Having first aired in 2000, this is set to be the 19th and final series of one of the longest running shows on British TV. It might prove to be a costly decision for Channel 5 as MIDiA’s TV fan tracking data shows that Big Brother fandom is actually up, not down.

Has Channel 5 cut the cord too soon?

In a world of social media, does the show – based around a social experiment, which aired on Channel 4 18 years ago, still hold any relevance? A quick look at MIDiA’s Quarterly TV Brand Tracker illustrates that Big Brother actually has an increasing global fan base, but that it has been trying to reach them through the wrong medium.

Year-on-year (YoY), Big Brother fan penetration has increased across all core English-speaking markets, with the weighted average for the US, UK, Australia and Canada, increasing from 17% in Q2 2017, up to 20% in Q2 2018. So, Endemol is losing Channel 5 as a distribution medium at a time when fanbase is at a high. With pay-TV subscriptions declining, and streaming video on demand (SVOD) service adoption rising, Endemol should consider this a great opportunity to target its core fan base, who are increasingly not watching traditional, linear TV.

Big Brother fans over index for monthly video subscriptions on YouTube, Facebook, and Spotify. They are tech-savvy digital natives, over indexing for all streaming behaviours. They are more likely to stream music, pay for an SVOD subscription and interact with social media online.

Endemol can take this opportunity to deliver its content direct to where its consumers are most engaged, which is online – perhaps saving the franchise in the process. Channel 5’s loss may soon be a streaming company’s gain. And don’t write off the possibility of Facebook picking up the UK franchise.