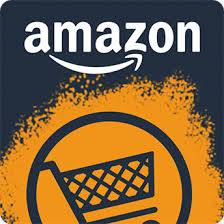 Amazon has partnered with developers to make over $10,000 worth of games, apps and in-app items for free. Instead of traditional monetization models, Amazon will pay developers based how long consumers use an apps for. While the Amazon app store is miniscule in comparison to Google’s Play Store or Apple’s App Store, this concept, if successful, will have game-changing implications to the whole app economy:

Amazon returns the real meaning to the word FREE

Google Play and App Store are full of ‘free apps’ that will try to make you pay one way or another as soon as you start using them. This alienates a sizeable chunk of consumers. Amazon can now play the card of the first ‘honest’ tech giant in the app economy. It has a powerful consumer message at hand, that will it help distinguish from any other app store out there: Unlike others, if Amazon says it’s free, then it’s ACTUALLY FREE’

As the first of all app stores, Amazon Underground will offer app chart ranking based on ‘real quality’ of apps as perceived by consumers. Other app stores base their charts on top grossing or most downloaded, which are basically measures of business performance or successful marketing efforts. In other words, consumers will finally be able to browse Top charts of best apps instead of top charts of best/richest marketing departments.

Amazon will still have to work hard at convincing a lot more developers to agree to this monetization model. Amazon Underground clearly has the fairest developer reward scheme out there. The problem is that it’s a lot easier to chase downloads than engagement. In other words, your app doesn’t have to be as good to get many downloads, but better be superb for people to keep using it. Developers will find this risky. The toughest ones to convince will of course be the large, top-of-the-charts developers who are enjoying great incomes as is and will not feel like ‘fixing what (in their eyes) isn’t broken.’

End of In-app purchases and the temporary devaluation of the app economy?

Amazon Underground is a godsend to consumers, no doubt. But making any product a ‘free giveaway’ devalues it significantly. Getting a 9.99 music subscription for free as part a telco bill for 12 or 18 months had the effect of educating consumers that the most valuable music product should actually be free. If consumers truly embrace the Amazon Underground Model there will be no actual need to implement in-app purchase items in the future. Instead, finding the coolest items will be a reward for time engagement with the app. The app economy is currently very dependent on in-app purchase spend, so eradicating that will lead to a significant devaluation of the app economy as we know it today. However, if market dynamics change in this way, it will make the app economy re-emerge with much more solid foundations and fairer value to the consumer.