Amazon Music: The Dark Horse Comes Out Of The Shadows 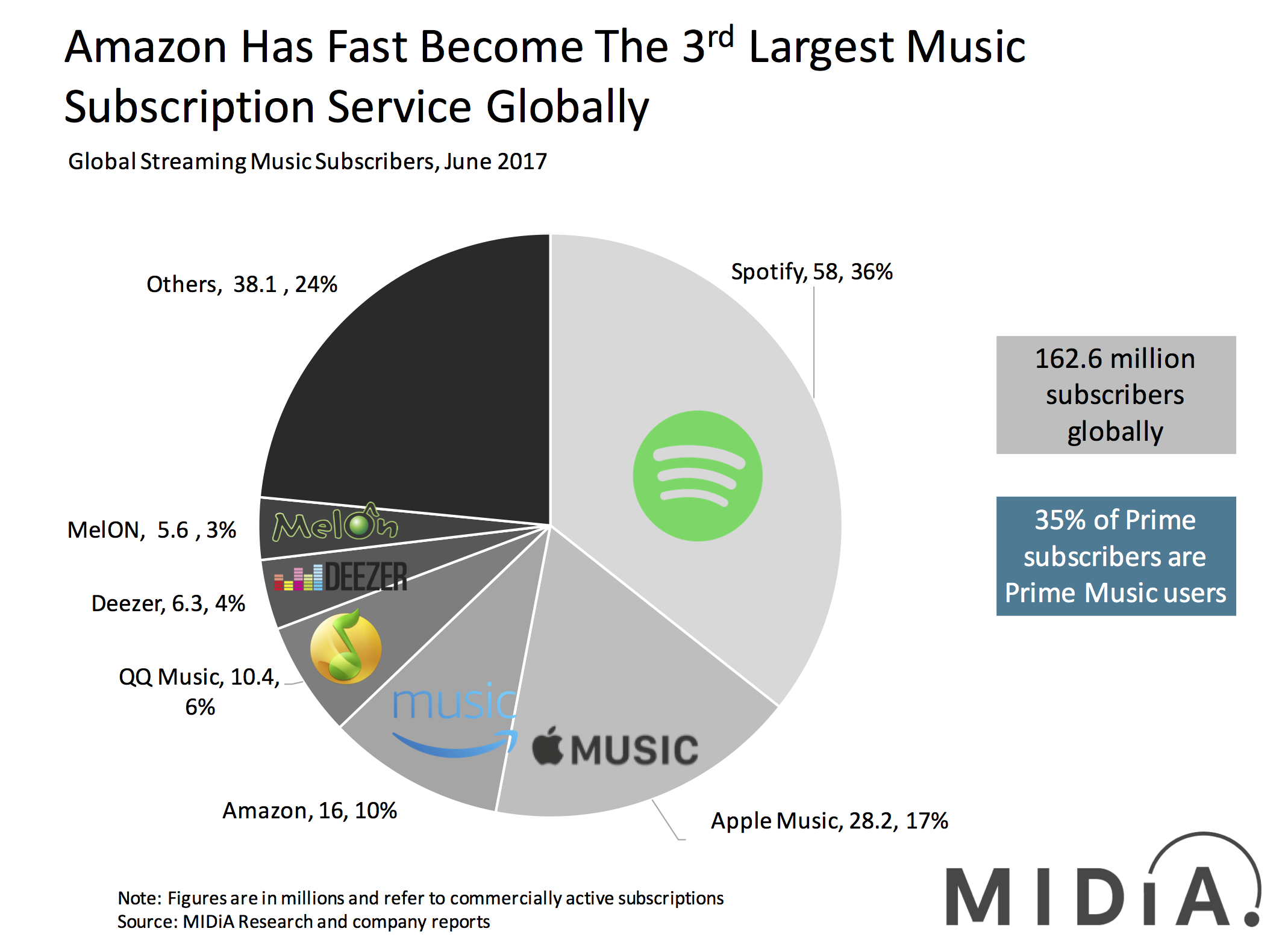 MIDiA has just published a new report that analyses Amazon’s streaming music strategy and how this fits within the wider competitive landscape. Here are some highlights: Back in the days when online music meant online CD sales, Amazon was the king. Then, along came Apple with iTunes music store and Amazon saw the throne snatched from its hands. No sooner had Apple started to enjoy its reign that Spotify came along to usurp the throne. Now streaming’s game of thrones is experiencing another plot twist, with a resurgent Amazon battling for supremacy through an ambitious streaming music strategy that owes a considerable debt of gratitude to Apple for strategic inspiration. Throughout the emergence of the streaming market, Amazon has played the role of a dark horse, skulking on the side lines. Now, Amazon is out of the shadows and revealing its potential to be one of streaming’s biggest players:

This report is immediately available to MIDiA Research subscription clients. You can also find out more about the report and purchase it and the accompanying 2,100 datapoint survey dataset and other assets here.

*MIDiA has upgraded its 2016 subscriber number slightly to reflect the inclusion of various additional emerging markets services that we did not previously track.