Why Taylor Swift And Co Are Aiming To Disrupt YouTube 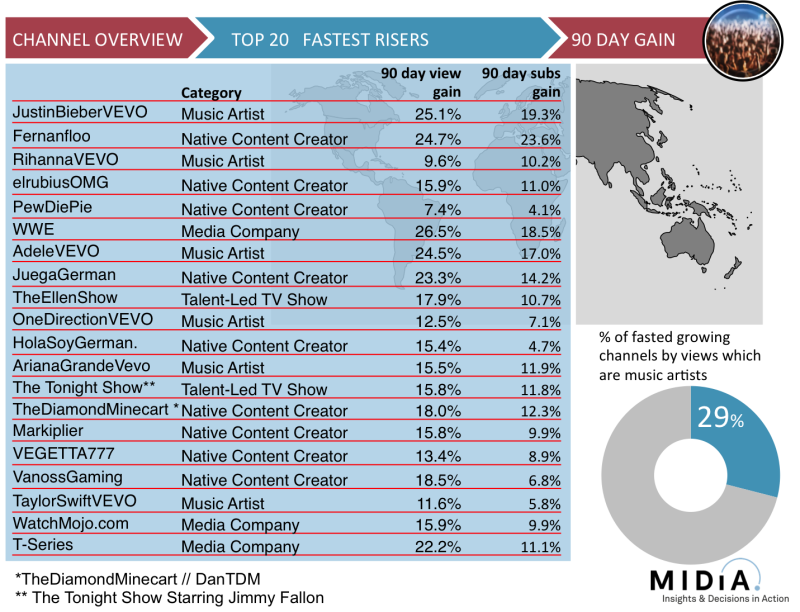 It’s not everyday that a digital native threatens to disrupt the world’s largest video sharing platform. But then Taylor Swift is no ordinary 26 year old. And YouTube is no ordinary platform. Both have come out on opposite sides of the debate about how music artists are compensated for their work being monetized on what is effectively the world’s default jukebox .

An open letter signed by Taylor Swift,  and U2 amongst others has been delivered to the US Congress, calling for law-makers to amend the Digital Millennium Copyright Act. The music industry feels that the act allows YouTube to host and monetize copyrighted songs without equitably distributing ad revenues generated by their content.

When YouTube launched 11 years ago, the music industry saw the nascent video platform as an online version of MTV- a promotional sales tool. MTV had been integrated into the music economy by the need to engage in business to business licensing deals with the labels in order to deliver its core music video offering to   pay-TV subscribers. These consumers both paid the cable and satellite operators for the access to the MTV network, and were also a lucrative advertising demographic for network. MTV, and the pay-TV industry clearly benefited from this arrangement, as did the music labels who were able to distribute promotional videos right into the music consumer’s home. The 80’s and 90’s music consumer had to go out and buy the physical music product at premium price points if they wanted on demand access to the music. The result was a phenomenal upsurge in recorded music product sales, in addition to the reoccurring licensing revenues from MTV.

In February 2005 when YouTube launched, the music industry was still wallowing in the hubris of being saved from the recent Napster-fueled file sharing by the timely launch of the iPod and iTunes download store. As such they were still viewing the consumer through the paradigm of the physical ownership model. MP3 downloads were a way to digitally own recorded music and so made sense to an industry, which had built its large profit margins on fueling the desire for ownership. YouTube was thus seen as the digital sibling of MTV, carrying out music video promotion on the internet and thus extending the download and CD sales funnel to digital audiences.

But YouTube was no MTV. YouTube has rapidly risen to become world’s most popular music streaming service with 34% of consumers in Q1 2016 (MIDIA Research Consumer Survey March 2016) now watching music videos on a weekly basis. However as previously identified in the Next Steps For Music Video Report, after watching music video on YouTube most then go onto stream other music videos for free on YouTube rather than buy recorded music products. YouTube isn’t just the world’s largest video sharing platform, it is also now the world’s largest ad-funded music streaming service where digital natives have learnt that they can consume premium content without having to directly pay for it. 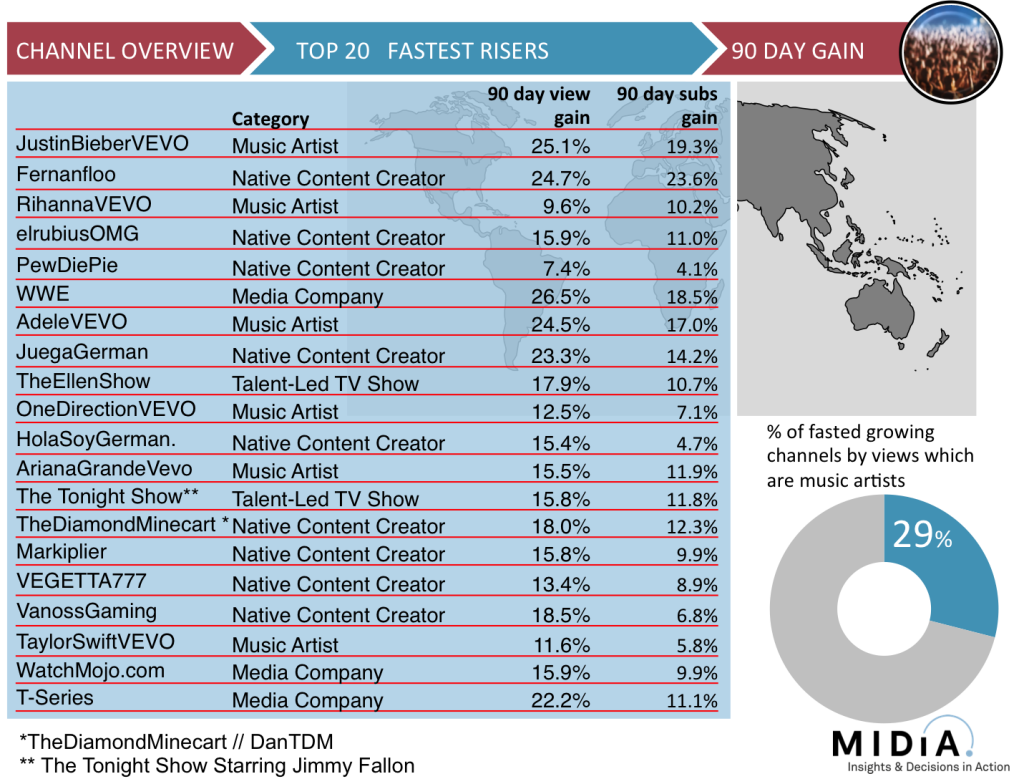 YouTube's successful audience optimisation has clearly allowed it to rapidly scale and deliver a compelling global music video streaming service. Its challenge is to reconcile this growth with a music industry  concerned about  the differences in revenue originating from the world's most successful  music streaming service when compared with the other major music streaming services currently available to digital consumers. However as we pointed out in  yesterday's blog post on music streaming, YouTube actually pays more per stream than Spotify free in the US.   Although this is the most valuable global market for content, it does reflect that YouTube's value proposition for the music industry is a complex and rapidly evolving one, and that the overall debate should reflect this. Change then is already underway.